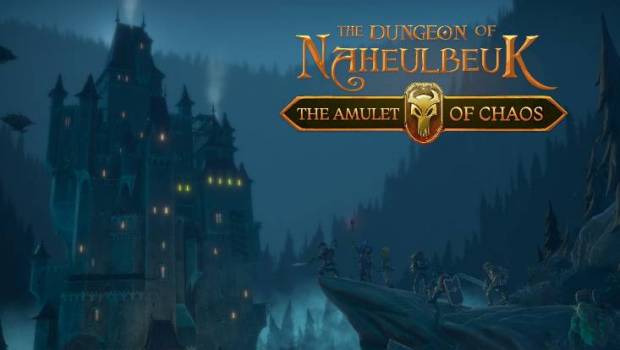 The Dungeon of Naheulbeuk: Amulet of Chaos Review

Summary: A tactical RPG with a comedic twist and surprisingly challenging combat.

Grab your axe, strap on your shield, and try not to roll a 1! Dungeon of Naheulbeuk: Amulet of Chaos follows the (mis)adventures of a group of heroes descending into the depths of a very cursed dungeon on their quest to find the twelfth statuette of Gladeulfeurha. Along the way, you’ll face off against orcs, goblins, a dark elf punk band, and more homicidal chickens than you care to count.

This game is a tactical RPG with a comedic twist and surprisingly challenging combat. Based on a french audio series, it draws its inspiration from the source material and is set in the fantasy realm of Fangh. The game rarely takes itself seriously and doesn’t really expect you to either.

When you begin your adventure, your party consists of a ranger, thief, wizardess, barbarian, ogre, dwarf, and elf. Each is a blatant stereotype of class and race—the ogre is your typical dumb brute, the barbarian is essentially Conan, and the elf and dwarf are constantly trading barbs. You’re able to add one more character to your party that you can recruit from a pool of three more adventurers you meet along the way. 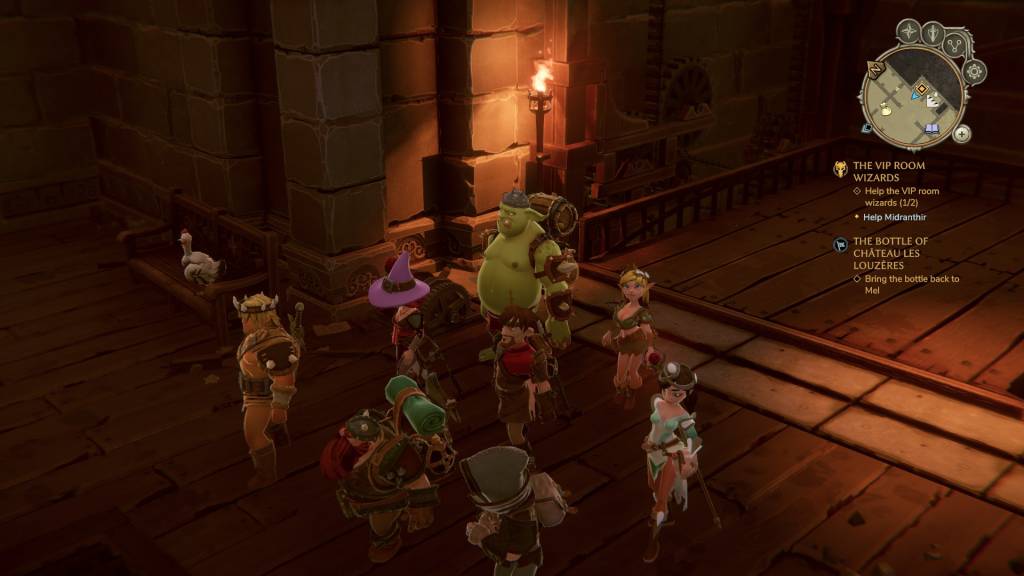 The exploration aspects of the game are fairly weak. As you make your way through the various levels of the dungeon there are very few things hidden off the beaten path aside from a chest or two. Many doors are locked until you progress a certain ways in the story, and your thief is unable to pick the locks (he’s not a burglar, after all).

Conversations are scripted and there are only occasional spots where you can interject with your own choices. There is a loot chest or two hidden behind the occasional breakable wall, but exploration mainly serves as a vehicle to move from one combat encounter to the next.

Tactical combat is where Dungeon of Naheulbeuk shines. At the start of each encounter, you position your heroes within a starting area on the grid. Once combat begins, an initiative order pops up at the top of the screen much like Divinity: Original Sin, XCOM: Chimera Squad, or other similar games. 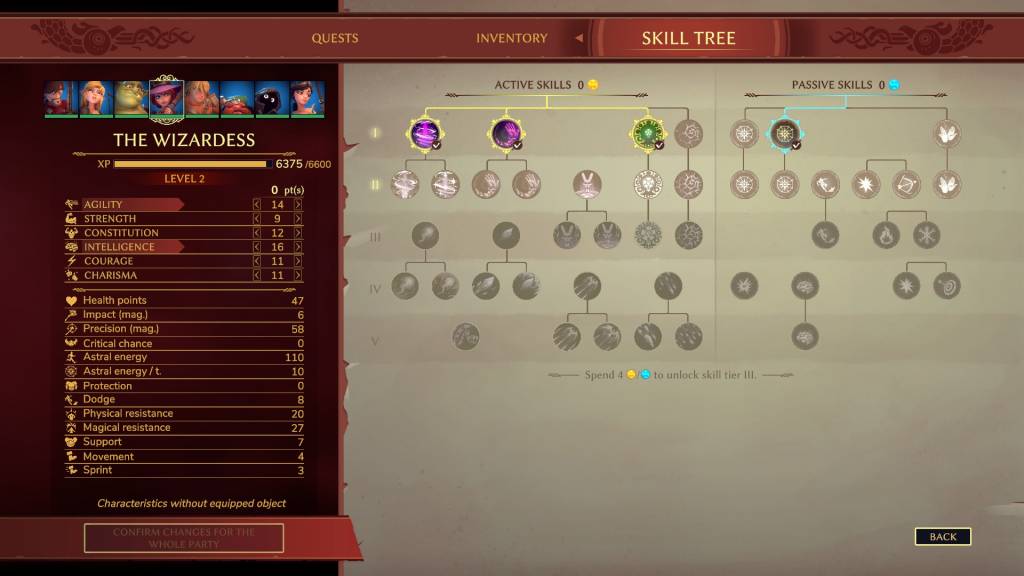 Allies and enemies act in order, though certain effects and abilities can affect this order at any time. Each character has two action points with which to move or use a skill, and moving through threatened squares can incur opportunity attacks.

As you level up, you invest skill points in each characters’ unique trees and unlock powerful active and passive abilities. Some feel more worthwhile than others and some passives—like ones that require certain characters to be nearby to take effect—seem tailored to specific playstyles.

Some skills are just plain fun, like the ogre’s ability to pick up the dwarf and toss him at his foes in a huge and effective area of effect attack. Each skill, including this one, can be upgraded in one of two ways—picking one locks out the other. Don’t worry though, because if you make a mistake along the way, pick up an elixir of oblivion the next time you’re at the inn and you can reset those hard-earned skill points.

The combat is challenging even on normal difficulty and it’s easy to feel outnumbered and overwhelmed. Strategic positioning and coordinating each character to work together becomes extremely satisfying when you’ve snatched victory from the jaws of defeat.

Critical failures are a thing but don’t worry. Failure can often be just as useful as success, because each time you fumble you fill up a meter along the side dedicated to the Goddess Randomia. As the meter powers up, it unlocks special abilities like gaining an extra action, healing a character and removing their injuries or teleporting someone elsewhere on the grid. 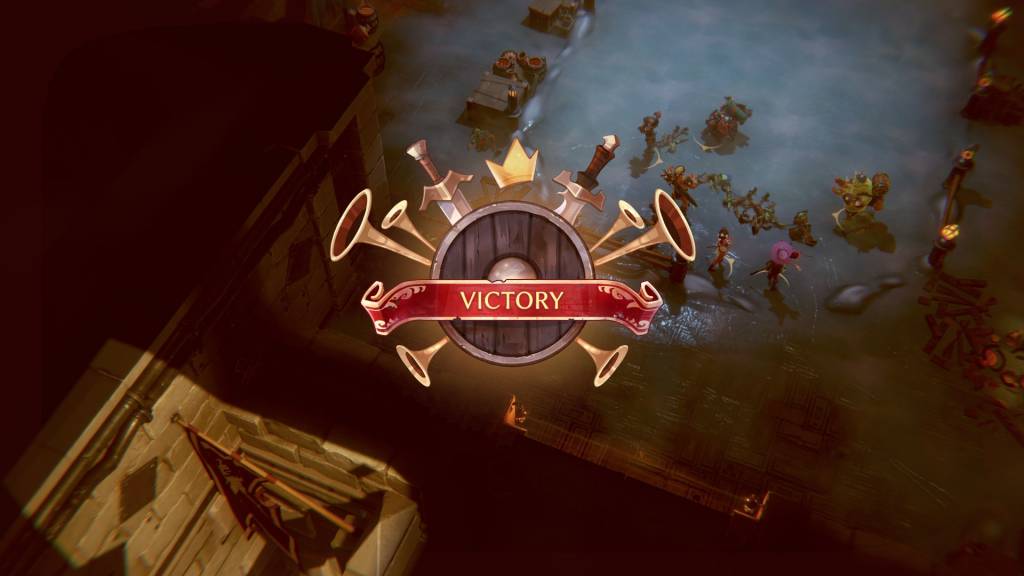 Dungeon of Naheulbeuk is a parody of the RPG genre and its art style supports its silliness. The character models are detailed but with exaggerated features and equipment. The game is more cartoony and not as grimdark as a lot of RPGs these days.

The animations are fun to watch and make an enjoyable combat system that much more fun. Most skills have their own unique animation, and it never gets old watching the ogre pick up the dwarf and toss him up into the air. Equipment bounces and jostles as characters move across the screen, making these silly adventurers come alive. 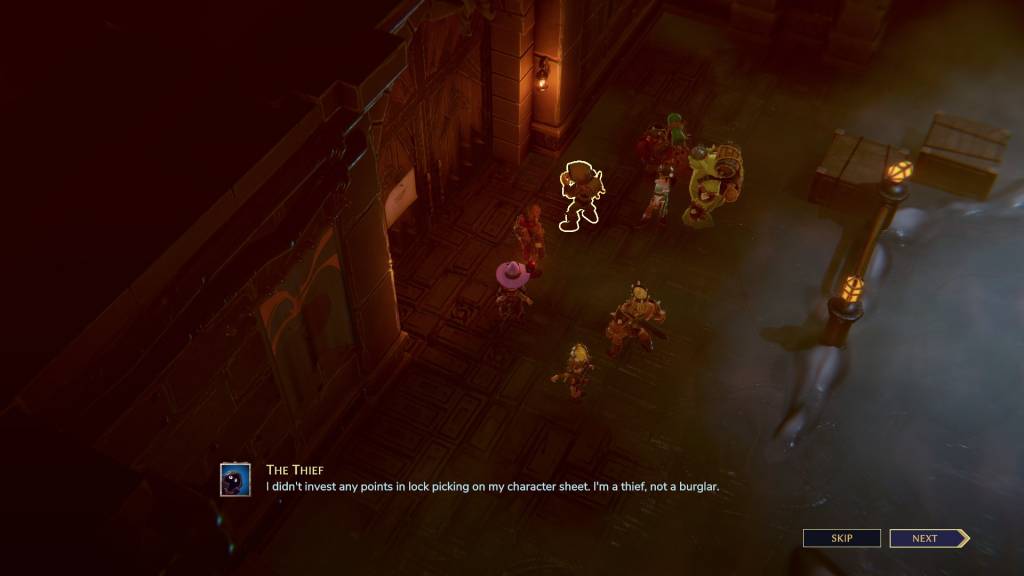 The voice talent in this game is quality work. For a game that has its roots from an audio series, this feels like a particularly important target and aside from an occasional stumble here and there they’ve really hit their mark. From the ranger’s attempts at self-assured heroism to the snarky banter between the elf and the dwarf, the dialogue sequences are a delight. Felicia Day lends her voice talent as the wizardess and her performance is wonderful.

Depending on your taste, the jokes probably won’t have you rolling on the floor in laughter. But the comedy is silly, fun, and lighthearted. The characters each have their own charm, and the game is oozing with charisma. 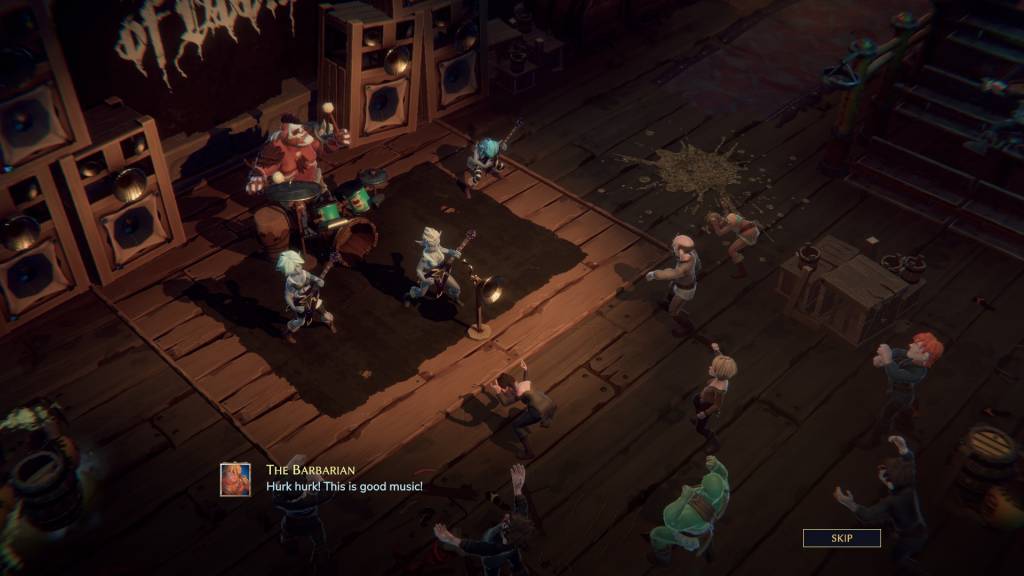 Dungeon of Naheulbeuk: Amulet of Chaos is a value-priced game that packs serious quality for its price point. If you’re looking for a challenging tactical RPG that doesn’t take itself too seriously, you’ll probably get plenty of mileage out of this game.