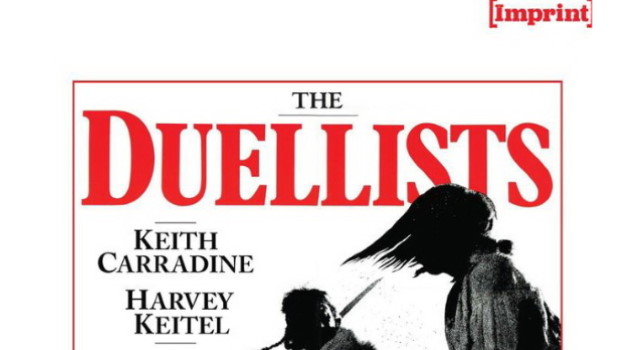 Summary: A perceived slight results in a years long cat and mouse duel.

Much as promotion for this disc (and stated by some on the disc) claim, this is arguably Ridley Scott’s forgotten film… and as a Ridley Scott fan I can certainly say I was not really aware of it until the opportunity to review this disc came up. 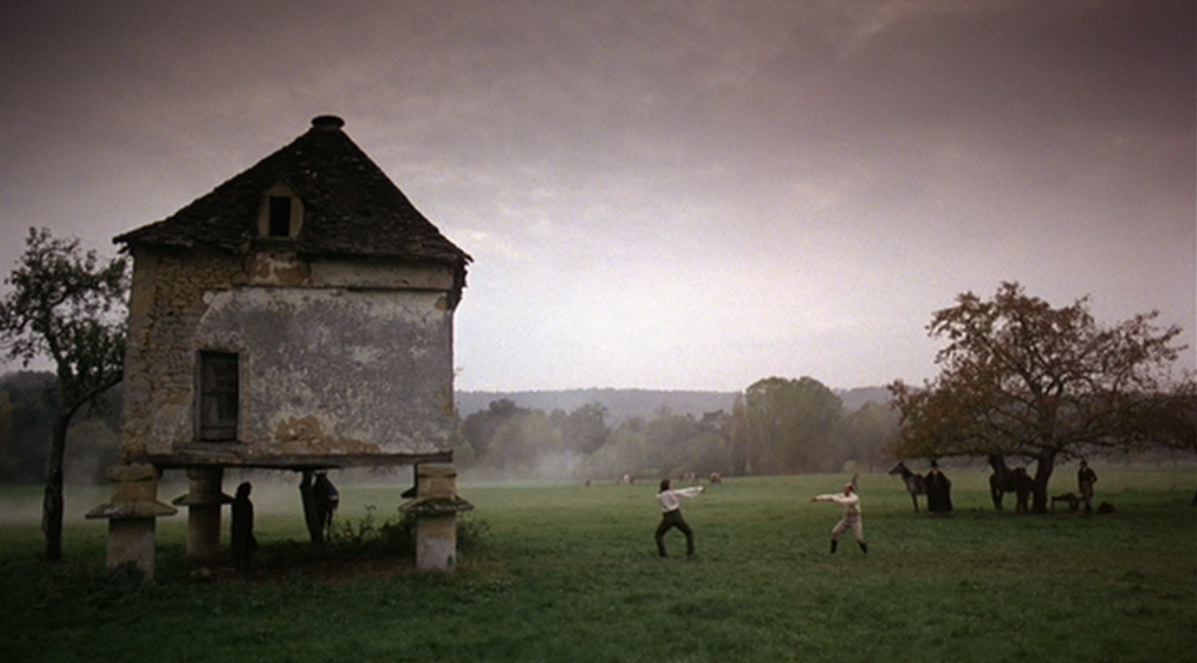 The basic story is that two officers in Napoleon’s army form a rivalry that sees them duel each other periodically over the span of around 16 years. The way this plays out is a form of cat and mouse game with Feraud (who seems intent on dueling anyone and everyone he can to begin with), taking offence at D’Hubert’s interrupting his afternoon to bring him the news that his earlier duel was not well received my military command. This offence results in a duel that ends with “mere” wounds. Once both have recovered and cross paths again another duel is had in which blood is shed but again no life is lost. As each man moves up through the ranks (each must be equal rank to duel each other), they would cross paths and duel until finally Napoleon is defeated and they meet for one last time. 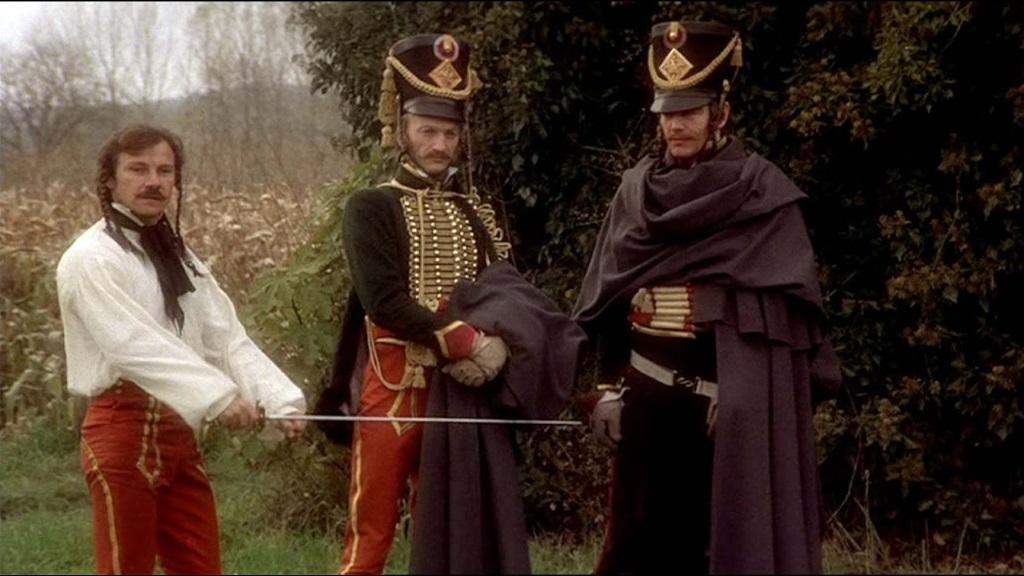 The visual presentation is very good and is stated as a 1080 presentation… so not quite the 4K that is becoming more popular but a fine print none the less. I also learnt the name for an editing trick that I personally hate, “grad”, it’s that altering of the image that makes the sky appear darker, essentially like vignetting. I find it detracts from the “realism” of the image and just ruins the overall look… but I could well be in the minority there. The audio is generally quite good and though it doesn’t really use the 5.1 soundscape much, it doesn’t really need to as the main action is typically center stage anyway. The main issue I have with the audio is actually what I suspect is an issue with the original recording, in some scenes (not many, but a handful) the audio seems to clip. It’s few and far between so it’s not a big deal and as mentioned, I suspect it was due to the recording “on the day”. 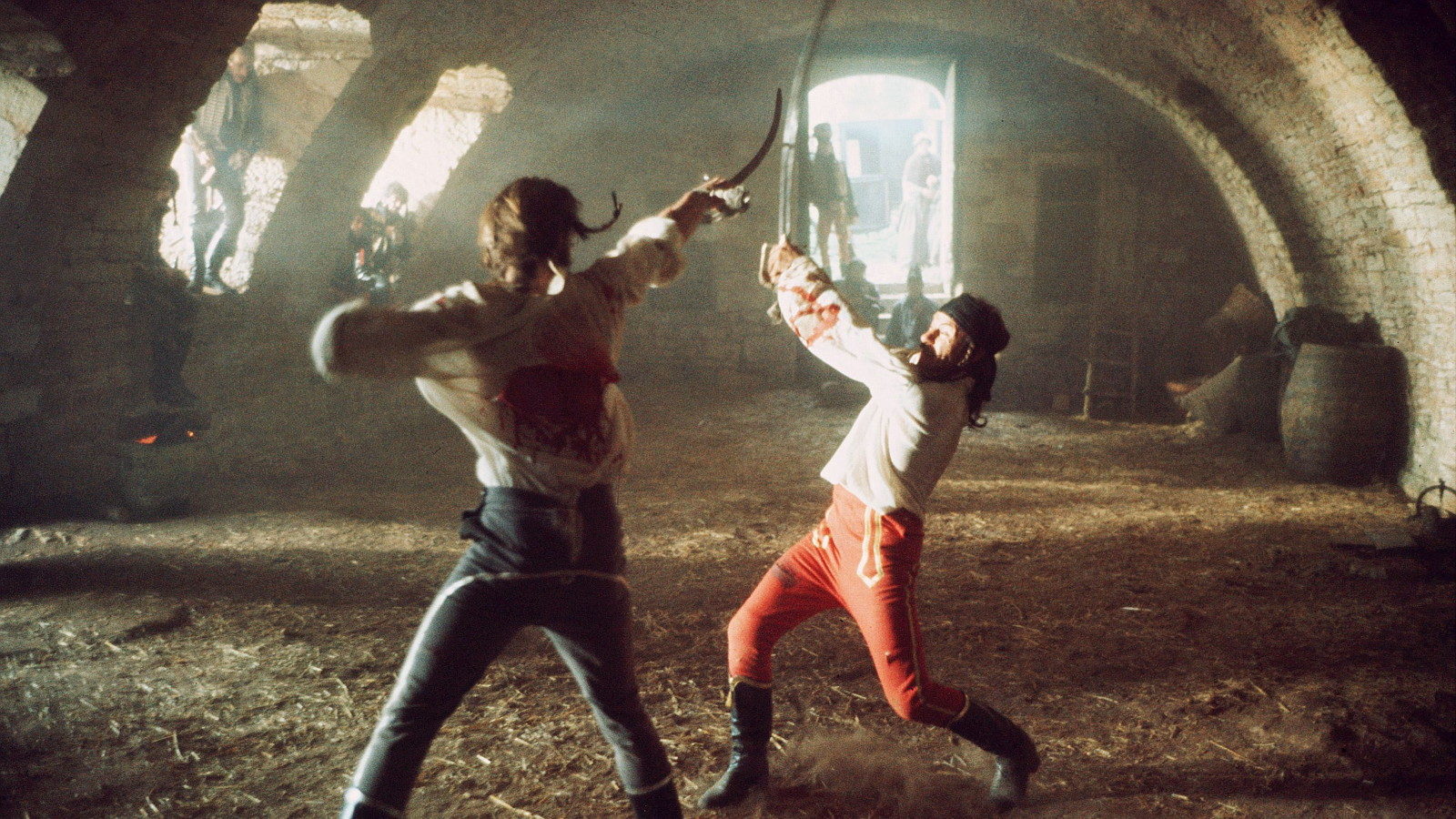 The extra features are really what help this stand out though and the one I enjoyed the most was arguably “Dueling Directors”. In this extra feature director Kevin Reynold’s sits down with Ridley Scott to go over elements of the film and what works so well about it is they share the same language so not only does he ask some interesting questions but Ridley seems quite happy to be “talking shop” with a fellow director… we just get the benefit of it.

Overall I don’t personally think this is one of Ridley Scott’s finest films (but given it was his first feature it is an impressive work none the less) but there are some who do regard the film highly. I think it is quite watchable and the story is compelling… but for me personally I think this was the warm up, the glimmers that showed what was to come but with some finesse yet to work its way into the finished film. If you are a film fan or a Ridley Scott fan then this is still well worth a watch and Imprint have done a great job presenting a disc with worthy extras for the collector.