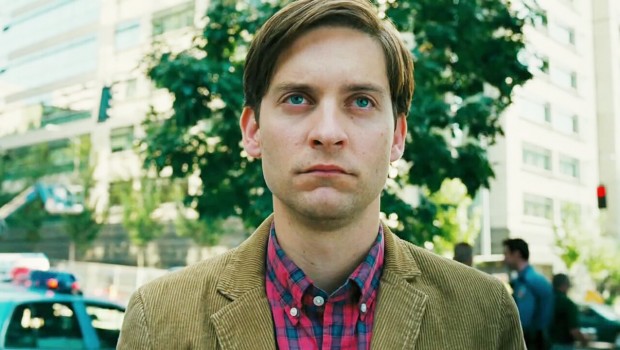 Summary: The Details is still an admirable, if flawed, follow up to Estes’ previous film, with strong performances from the cast and some intriguing exploration of character motivations and the unintentional fallout that can stem from seemingly minute details.

Jacob Aaron Estes follow up to the superb Mean Creek takes a more blackly comedic tact, taking us into the world of embittered doctor Jeff Lang (Tobey Maguire) as it is seemingly falling down all around him. As hinted by the title, the cause of Jeff’s impending downfall lies with the seemingly insignificant little details of the plot that inadvertently send his life careening out of control.

On the surface, Jeff seems to be living the American dream; he has a house in an idyllic little slice of suburbia, a cushy job and a young son with his wife Nealy (Elizabeth Banks), with eyes on adding another addition to the family in the near future. Hoping to extend the house to accommodate the new arrival, he applies for a building permit and, despite it being rejected, decides to proceed with construction. Laying new sod in his backyard, Jeff finds his beloved home besieged by Racoons who tear up the rolls of grass nightly in order to feast on the worms that were also inadvertently delivered to the property.

Further exacerbating matters is the complaints of his eccentric cat-loving neighbour Lila (Laura Linney) regarding the unauthorised construction. Jeff attempts to get Lila on side and contend with the infestation of vermin whilst also coming to terms with the news that his basketball team mate Lincoln (24’s Dennis Haybert, almost unrecognisable in the role) is facing the very real possibility of dying due to Kidney failure.

Beneath the facade of this ideal existence lies a more realistic truth: Jeff’s marriage isn’t as perfect as it first appears. Feeling dejected due to the lack of affection he’s getting from Nealy, Jeff has a drunken roll in the hay with an old friend, raising the ire of her fearsome husband Peter (Ray Liotta). This act of infidelity begets another surreptitious liaison, this time in order to suppress the news from reaching Nealy, which leads to unexpected consequences for all involved.

As you could probably gather from the synopsis, The Details is composed of multiple strands of story that slowly become more and more inextricably bound; in his efforts to atone for his sins, Jeff succeeds only in digging himself deeper, until one stupendous act of charity sets into motion events that lead to a gruesome murder. 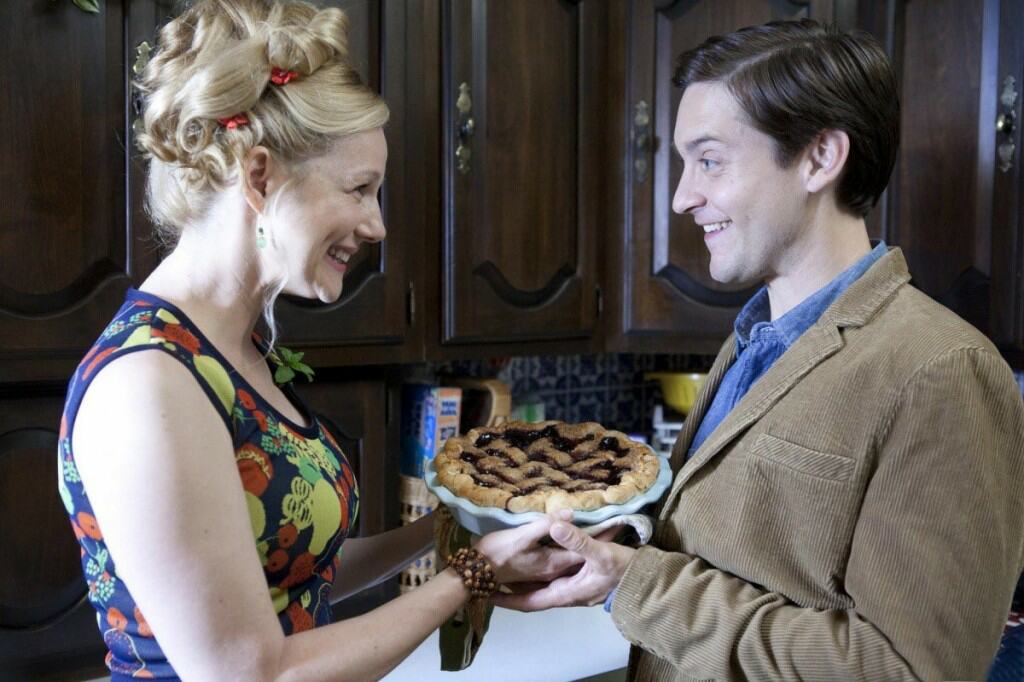 To explain anything more than the initial set-up of these different aspects of the story would only serve to reveal some of the major plot twists that occur; The Details may sound like it’s composed of a convoluted series of self contained vignettes that eventually bleed into one another, but in action it all leads up to creating a satisfying whole.

The themes of the films are interesting; the affable Jeff paints himself as a put upon guy who is dealing with the fallout of one bad decision, but as the story progresses we, and he, start to question whether he was truly the affable nice guy he painted himself as. Every act of kindness has severe ramifications that, arguably, end up being more detrimental to Jeff’s life than his knowing transgressions.

The cast do extremely well with the material, with special mention having to to Ray Liotta, who delivers an exceptionally poignant speech that resonates with you throughout the rest of the film, despite his screen time amounting to no more than ten or so minutes; Simply put, it’s the best acting I’ve seen from Liotta in years and I was genuinely moved by it.

The Details does, however, suffer from some issues with the tone, with the dichotomy of Jeff’s intentions and the outcomes of his actions, both charitable and poor, leading the audience down some rather dark paths. The film has been billed as a dark comedy, but in most cases the comedy is completely consumed by the darkness, which isn’t necessarily a bad thing, but one should be aware that, despite the tenuous line between tragedy and comedy, there are moments that some viewers may find particularly harrowing.

The Details has an incredibly detailed and vibrant image that highlights finer details of the picture. Roadshow’s transfer can’t be faulted in any respect, with  no evidence of artefacts or strobing and  consistent colour tones throughout.

Audio is handled by a DTS-HD Master Audio 5.1 lossless soundtrack, as per usual. Dialogue is delivered clearly and sound levels are consistent throughout, with no crossing over of channels.

The only special features included on this release are deleted opening and ending sequences. These factor in a major plot point that was excised  in the final cut, and offer an interesting look into how a few small changes can affect the entire tone of a film; the devil’s in the details, so to speak, and Estes was probably right in cutting these scenes in order to lend the film a darker sensibility. Nonetheless, I got a giggle from them and personally found the alternate ending to be a more satisfying conclusion than the morally ambiguous ending used, dodgy CGI and inherent goofiness aside.

Although uneven at times, The Details works as an effective little dramedy with some interesting moral questions at its thematic core. No good deed goes unpunished and Jeff’s spiralling descent into his own personal hell could, theoretically, happen to any of us solely on the basis of one or two poor decisions. His desperate attempts to counterbalance his earlier misjudged behaviour allow us to empathise with the character and his actions do generally stem from good intentions and the desire to protect the people he loves – It’s just a shame that everything goes pear-shaped for him as a direct result.

By no means perfect (Which may have something to do with the production apparently being fraught with issues), The Details is still an admirable, if flawed, follow up to Estes’ previous film, with strong performances from the cast and some intriguing exploration of character motivations and the unintentional fallout that can stem from seemingly minute details.