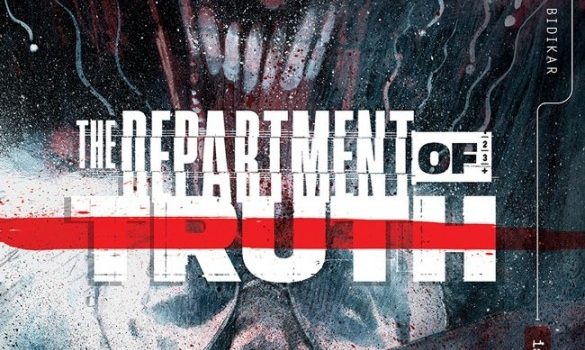 Cole Turner thought he joined the right side of the war for the Truth. But now that he’s learning more about Lee Harvey Oswald’s tenure leading the Department, he’s not so sure. The answers Cole seeks are hidden behind a pair of unsolvable riddles: WHO is the Fictional Woman, and WHAT does she want from him? 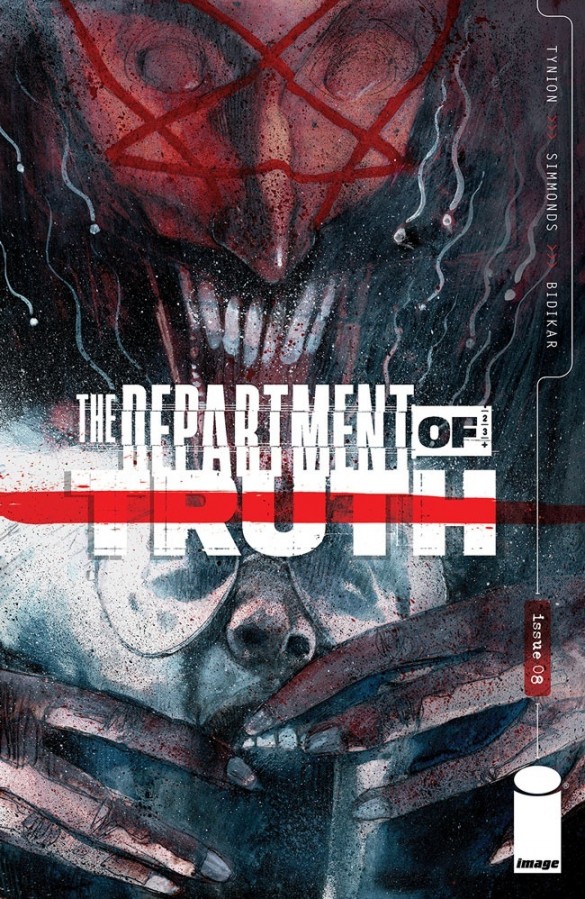 Interest in the series has reached an all time high as news of The Department of Truth having been picked up by Sister—best known for producing HBO’s Chernobyl—spread industrywide.

Upon its launch, The Department of Truth sold over 100K copies—an impressive number which snowballed with multiple reprints, tastemaker praise, and critical acclaim from nearly every major news outlet, from Entertainment Weekly to Forbes.

In The Department of Truth, readers meet Cole Turner, a man who has studied conspiracy theories all his life—but never prepared to discover that all of them are true. From the JFK Assassination to Flat Earth Theory and Reptilian Shapeshifters, one organization has been covering them up for generations.

The Department of Truth #8 will be available at comic book shops on Wednesday, April 28:

The Department of Truth, Vol. 1 trade paperback (ISBN 9781534318335, Diamond Code DEC200103) collects issues #1-5 and is available now at your local comic book shop or independent bookstore via Bookshop or IndieBound, or via on Amazon, Barnes & Noble, Books-a-Million, and Indigo.

The Department of Truth also remains available for purchase across many digital platforms, including Amazon Kindle, Apple Books, comiXology, and Google Play.

Select praise for The Department of Truth:

“Genuinely one of the best comics you’ll read this year. Do not miss it.” —Scott Snyder

“It is FANTASTIC. Can’t wait to read the whole series!” —Patton Oswalt

“A new conspiracy thriller comic that should appeal to anyone with a fondness for The X-Files.” —IGN