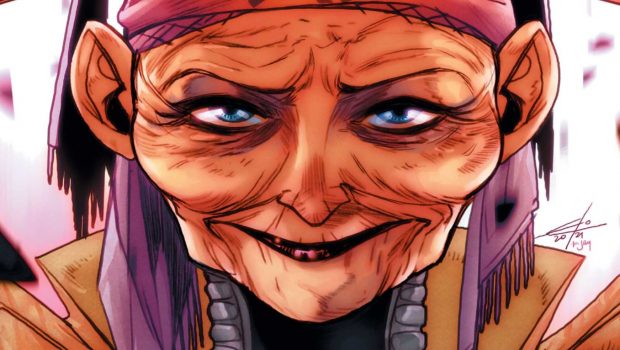 THE DEADLIEST VILLAIN IN X-MEN HISTORY JOINS THE MARAUDERS!

The final Marauder revealed! Starting in March, set sail with writer Steve Orlando and artist Eleonara Carlini for a new era of MARAUDERS. A new creative team calls for a new crew and this one is packed with longtime favorites like Kate Pryde, bright newcomers like Somnus, and a shocking final member—CASSANDRA NOVA!

The twisted twin sister of Professor Xavier, Cassandra was introduced during Grant Morrison’s revolutionary early 2000s run on NEW X-MEN where she  orchestrated the deadliest crime in mutantkind history and left the X-Men’s world in chaos. Now the Marauders need her help to untangle a mystery rooted in the earliest days of mutantkind. Do they dare trust her?

“Cassandra Nova Xavier is back, with the same malicious mind and murderous hands as ever!” Orlando said. “But how much has she changed since her last run in with the X-Men? Pryde and the Marauders have no choice but to find out, since Cassandra’s only one who can lead them to mutantkind’s earliest ancestors — a mystery two billion years old. She’s little bit Xavier, a little bit Catherine Trammel, and the Marauders’ only hope for success.”

See Cassandra suiting up in an all-new variant cover by Carlini and find out if she’s really changed her ways when MARAUDERS #1 hits stands on March 30! And don’t miss the opening adventure of Steve Orlando’s run in MARAUDERS ANNUAL #1 on January 12. For more information, visit Marvel.com.