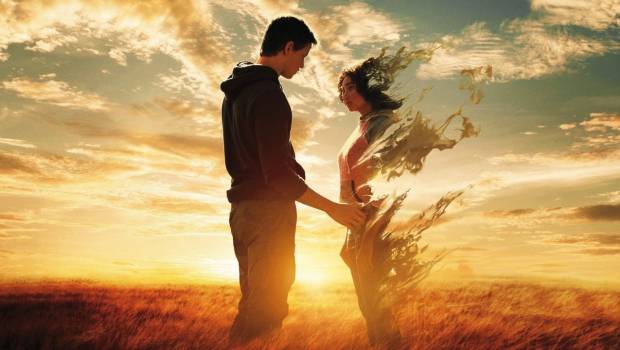 Another year and another batch of young adult stories are being adapted for the screen. This year, we have Alexandra Bracken‘s The Darkest Minds, which is a five-book series that centers on Ruby (Amandla Stenberg), a sixteen-year-old girl with special abilities that she has only just begun to understand. She breaks out of a “rehabilitation camp” in which she has been imprisoned and teams up with a rag-tag group of fellow camp escapees with similar abilities (Harris Dickinson, Skylan Brooks and Miya Cech) to find Slip Kid. He is a leader who offers shelter to young people in danger and possesses the secret to controlling one’s powers.

From reading the above paragraph alone, one could think of many influences and similarities to many other stories. Is there the potential to make this one stand out from the crowd?

Animation directors turning to live-action films have been a critically successful trend, with filmmakers like Tim Burton (from his short film, Frankenweenie), Ari Folman (from Waltz with Bashir to The Congress), Yeon Sang-ho (from The King of Pigs to Train to Busan) and Brad Bird (from The Iron Giant and The Incredibles to Mission Impossible: Ghost Protocol). But in the case of Jennifer Yuh Nelson, who has worked on all the Kung Fu Panda films and solely directed the sequels, her live-action film debut is unfortunately a letdown.

Let’s begin with the positives. The cast of young talent are all likable and play their thinly-written parts effectively. Amandla Stenberg, who has proven to be a capable actress in past roles in films like Everything, Everything and The Hunger Games, lends credibility to the part of Ruby. She conveys the fear and determination of her character convincingly.

Harris Dickinson not only has the best first name in the entire universe, but shows the acting chops that he displayed in the queer drama, Beach Rats, were no fluke. He brings charisma and gravity to the part of Liam. Skylan Brooks offers a dose of genial humour to the part that transcends the role that is really an exposition device, while Miya Cech has striking presence in the role of Suzume. Only Patrick Gibson struggles with his character Clancy Gray, as he comes across as more petulant rather than being enigmatic.

As for Yuh Nelson’s direction, she lends the film some visually inspired moments, including a dream sequence that shows a prison escape. Unfortunately, that is all that amounts for the positives and now we must get into the negatives and there’s a massive amount of them. 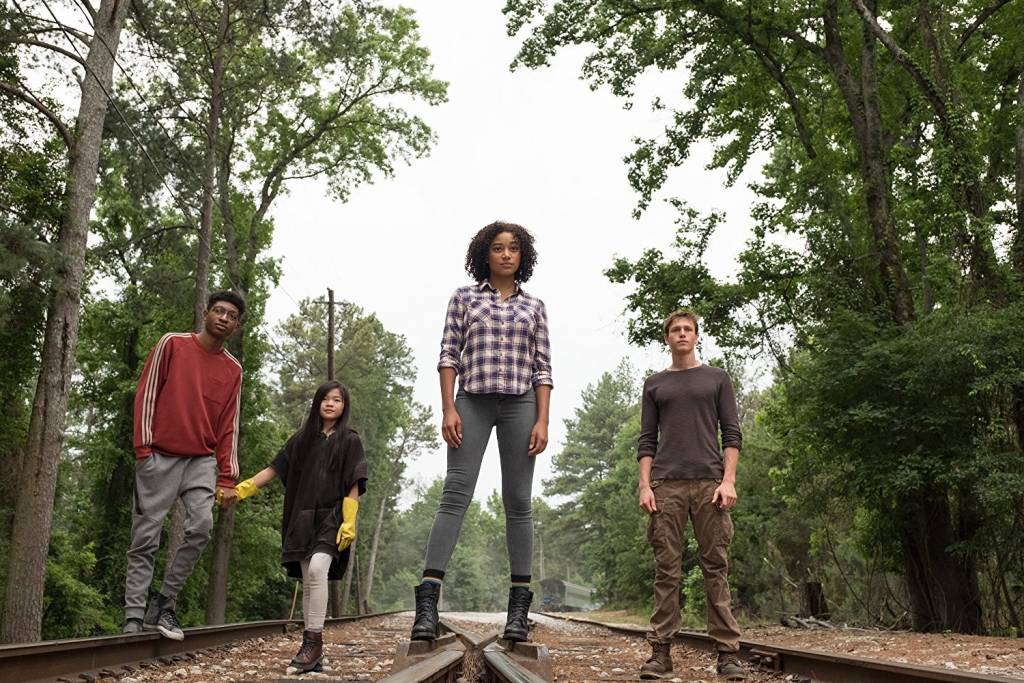 Yuh Nelson’s direction is surprisingly lackluster, following on the path of director Jimmy Hayward, who went from directing Horton Hears a Who! to directing the horrific comic-book adaptation, Jonah Hex. It is normal to assume that animation directors who cross over to live-action films would rely more on visual storytelling.

But in the case of Yuh Nelson, she depicts scenes of exposition in the most frustrating and mundane fashion, which includes droning narration, explanations of scenes occurring after the happenstance and even flashbacks to scenes that happened not even two minutes beforehand.

Even if the final product had more visual pizazz, the script would be the death knell of the film. Having never read the source material, the story plays on screen like a badly stitched tapestry of much better films. Moments from The Hunger Games, Star Wars, The Maze Runner, X-Men, Harry Potter (where the film becomes annoyingly self-aware of how similar it is to it) and even X-Men Origins: Wolverine (I’m not kidding about that one!) are all executed here, in both definitions of said action. 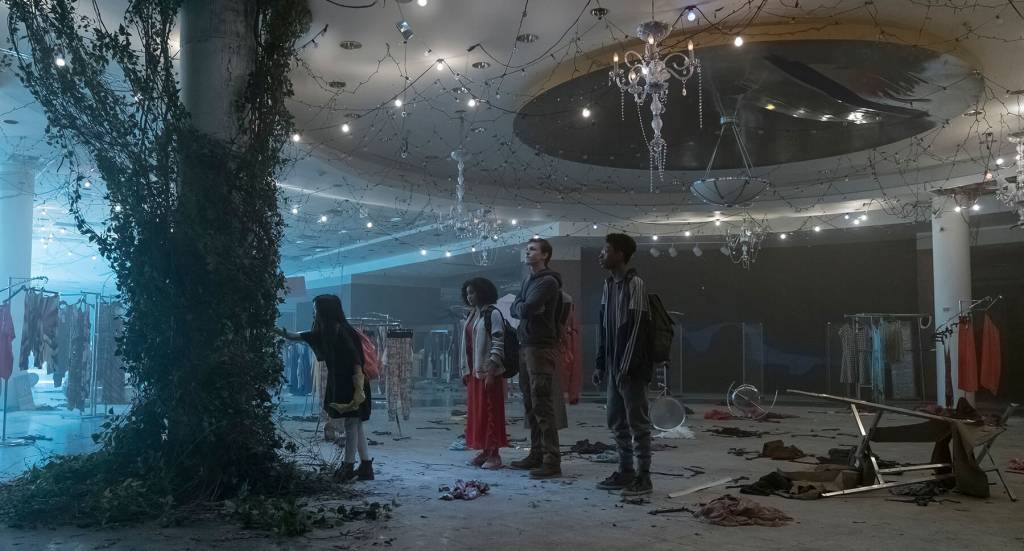 The derivative script also compounds to the predictability of the story, which involves characters that are introduced in the third act and the film makes it blatantly obvious what the character reveals are going to be. One character in particular has the exact same motive as a famous villain in the X-Men franchise. Guess which one.

The predictability also ruins the tension of the action, since the audience already knows who is going to survive, as there are many more book sequels to make. But as of writing this review, the box office dictates that the film may be a one-off, similar to films such as Eragon and The Golden Compass.

Alongside the predictability, there are many baffling moments in the script that take you out of the film. One major example is when the movie flat-out forgets that Ruby can make people do things, exactly like how Obi-Wan does in the Star Wars films. When she meets strangers, who know the camp’s location and the Slip Kid, all she gets is the cryptic clue “EDO”. 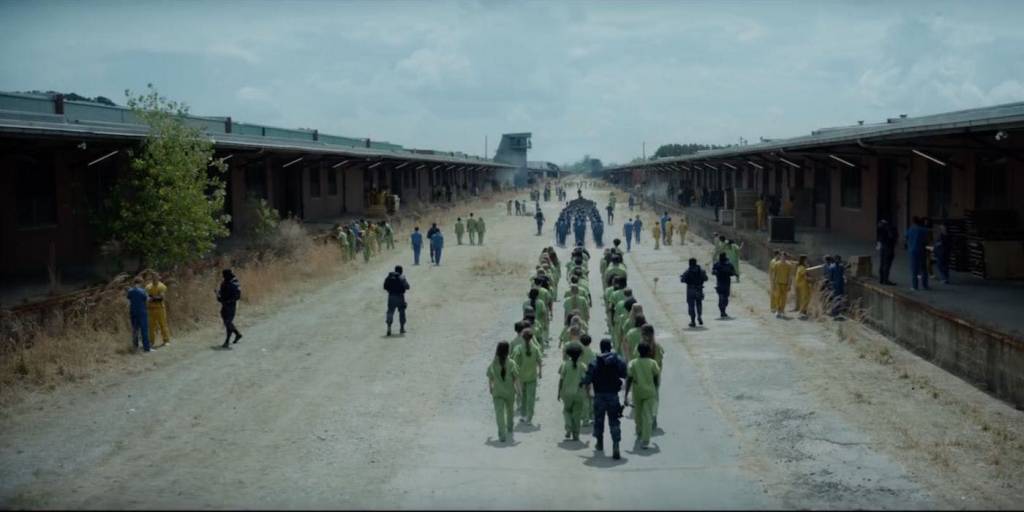 As good as the performances from the young leads are, the supporting cast of adults leave a lot to be desired. But a lot of it isn’t their fault, but attributable to their thinly-written characters. Mandy Moore looks out of place here, giving an unconvincing performance as a doctor as well as a freedom fighter; Gwendoline Christie once again, plays an imposing figure with no memorable impression or personality; while Bradley Whitford barely registers in a cameo.

Summary: The film is a disappointing debut for director Jennifer Yuh Nelson, due to a lackluster script, mundanely predictable storytelling and a startling lack of originality.