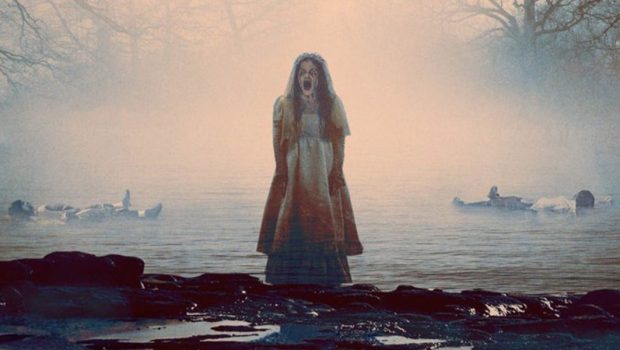 The Curse of the Weeping Woman – Film Review

Ever since he made the Insidious film entries, the mainstream horror landscape has been led by Australian filmmaker James Wan. He has shepherded The Conjuring Universe (yes, there is a such a thing), which has included five financially successful films of varying critical reception.

On the positive front, we have the first two Conjuring films (from 2013 and 2016) and 2017’s Annabelle: Creation. The former earned critical acclaim and the latter was an improvement over the original film. However, the first Annabelle (2014) and The Nun (2018) were both critically reviled by critics and audiences alike.

Michael Chaves’ The Curse of the Weeping Woman (also known as The Curse of La Llorona) is the universe’s sixth entry. Backed by an intriguing mythology and a talented cast led by Linda Cardellini (ER; Mad Men), will the film be another acclaimed hit for The Conjuring Universe?

Set in 1970s Los Angeles, we follow the story of Anna Tate-Garcia (Cardellini), a social worker and single mother of two children who is struggling to make ends meet due to the recent passing of her husband, David. While called onto a suspicious case, she finds, what she assumes are, signs of foul play.

As she digs deeper, there are striking similarities between the case and the terrifying supernatural occurrences haunting her family. Through thorough investigations, she discovers that La Llorona has latched onto her and will stop at nothing to take her children. Anna turns to mysticism with the help of Rafael Olvera (Raymond Cruz), a disillusioned priest, to fight the evil entity.

The Curse of the Weeping Woman fails as a fright-fest. While not as boring or badly acted as Annabelle nor as tonally misguided or paradoxical as The Nun, Woman adheres to the series’ formula too closely. It is nothing more than another middling and unremarkable entry in The Conjuring Universe. 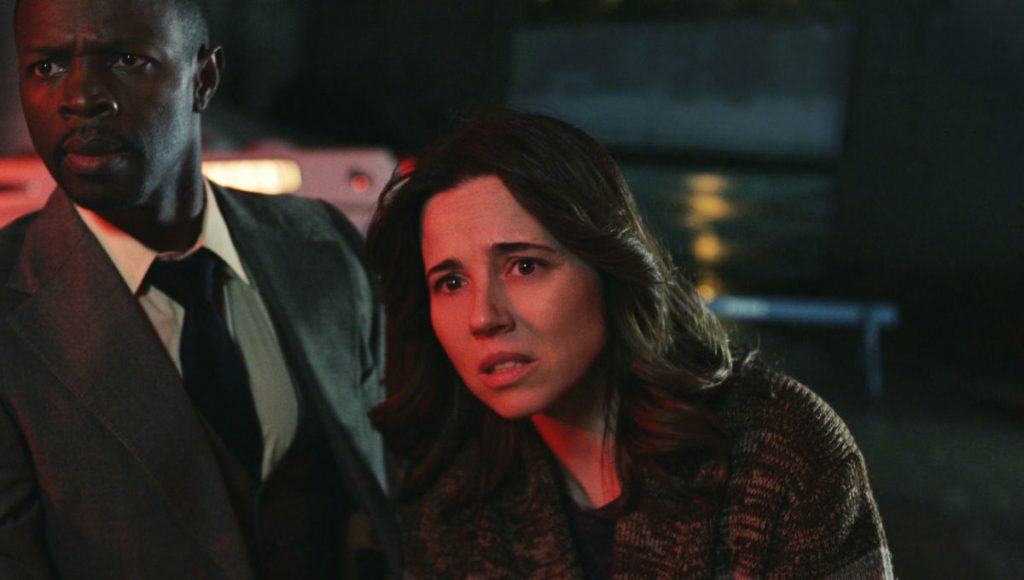 As for the positives, the acting is fine, with refreshing screen presences by Linda Cardellini, Patricia Velasquez and Raymond Cruz, who are finally given sizable roles (if not memorable characterisations) that closely match their talents. The casting of Cardellini is odd, considering how predominant the mythology is in Latin American culture. The racial difference was potentially interesting but never factors into the story.

The script by screenwriters Mikki Daughtry and Tobias Iaconis (who wrote Five Feet Apart, 2019) is leaden and the fascinating mythology of La Llorona is left unexplored. Consequently, the villain is a boring antagonist whose scariest feature is the loud noises accompanying her. The lack of distinctive make-up and innovations in the execution of the scares doesn’t help.

The wafer-thin exploration of the mythology is not compensated by strong characterisations. The actors are let down and the characters become people with whom the audiences cannot care about in the story. If the audience doesn’t empathise with the characters, the scares (no matter how effective or LOUD they are) are dulled.

Even if the characterisations were stronger, the script and character decisions as written are still superfluous. Would you leave your children unattended and chat to someone several rooms away while a murderous ghostly spirit snatched up children in the night and drowned them? That definitely sounds like a plausible decision from a responsible mother(!).

Similarly, you and your children have been told that you have the only thing keeping the Weeping Woman out: a loose line of seeds at the door. Naturally, one of the kids ignores the warning and disturbs the boundary in pursuit of a toy. Again, another plausible decision(!). The audience’s reaction to this scene is guaranteed to be uproarious with frustration and anger.

It is also frustrating that with such a MO that La Llorona has (which is to kidnap kids unattended at night) and when the film clearly states that it’s not the house that’s haunted, the best the writers and filmmakers can come up with is to stage most of the set pieces in the house.

The Curse of the Weeping Woman is just another formulaic, dull horror entry in The Conjuring Universe.  The lack of creativity and innovation kills the film stone dead. It is clear that the filmmakers need to reinvent the formula and fast, before it dries out like an exhumed corpse.

Summary: The Curse of the Weeping Woman is just another formulaic, dull horror entry in The Conjuring Universe.  The lack of creativity and innovation kills the film stone dead.