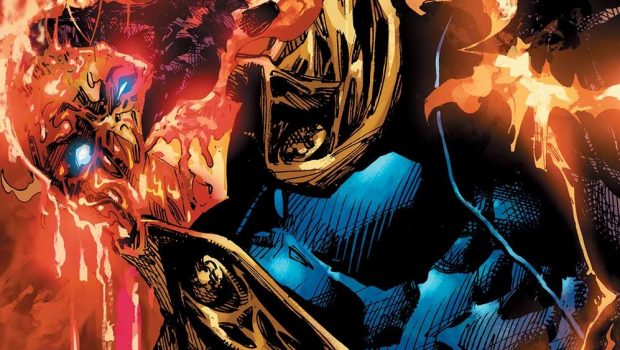 The Curse of Brimstone #9 (#DRFATE vs Brimstone)

The Curse of Brimstone #9 (#DRFATE vs Brimstone) Andrew Bistak
Score

Summary: Brimstone #9 pits Doctor Fate against this anti-hero that sees a spectacular battle of might unfold!

Being a huge Doctor Fate, I was keen to see what was this Golden Age hero’s role in The Curse of Brimstone #9 that was created by storytellers Eduardo Pansica and Justin Jordan. Given that this incarnation of Doctor Fate was lost in the comic’s wilderness for a considerable amount of time, it’s great that DC has returned this character to a classic incarnation but I digress because this comic is about “Brimstone”.

You don’t want this.
– Joe Chamberlain

To put some perspective on this story, The Curse of Brimstone grew out of the hit DC series Dark Knights Metal and for Doctor Fate’s involvement, you need to have read the recently launched Justice League Dark. This issue of Brimstone takes place somewhere in Vernon Florida where Joe Chamberlain who has been cursed with the power of Brimstone courtesy of a deal he made with a demon as he is searching answers. Unfortunately for him, he stumbles upon a man wanting answers as well.

Then I get to have some fun
– Brimstone

This mysterious man begins questioning Joe and offering him help that eventually makes him snap as he channels the powers of Brimstone. We also learn that this man is none other than Kent Nelson, the original host of Doctor Fate and before Joe can unleash his powers, Nelson channels the power of Nabu, a Lord of Order to complete his transformation.

… I said that I just wanted to talk.
– Doctor Fate

What inspires next is an epic battle between Doctor Fate and Brimstone as our ‘hero’ attempts to find out what makes Joe tick. As magic is failing across the world courtesy of the Otherkind who was summoned to this world by Doctor Fate, this Lord of Order hopes to find a power that he can use for his own plans. Unfortunately this plan goes awry as Joe taps into a power that is almost endless like the ocean.

Then the unthinkable happens as Brimstone literally melts the Helmet of Nabu and frees Kent Nelson from this Lord of Order’s control. However something snaps within Joe and rather than kill Kent Nelson, he tells himself that this isn’t me. Fortunately Nabu does regain control as the helmet is almost returned to its previous state, even though it is severely damaged which sees Doctor Fate flee the scene. The issue ends with a sneak peak into the next issue that sees Jack eating cereal with three dead bodies around him as Annie bursts in with a shotgun.

Never having read Brimstone before, I was actually quite invested in the character of Joe and his curse which does make me one to learn more about this character. The writing and dialogue was good which was supported by some exceptional art that helped bring this story to life. Furthermore, it was fun seeing the original Doctor Fate back in action and whether he is a villain or a hero remains to be seen and his adventures will continue in Justice League Dark.

All in all, an entertaining issue. 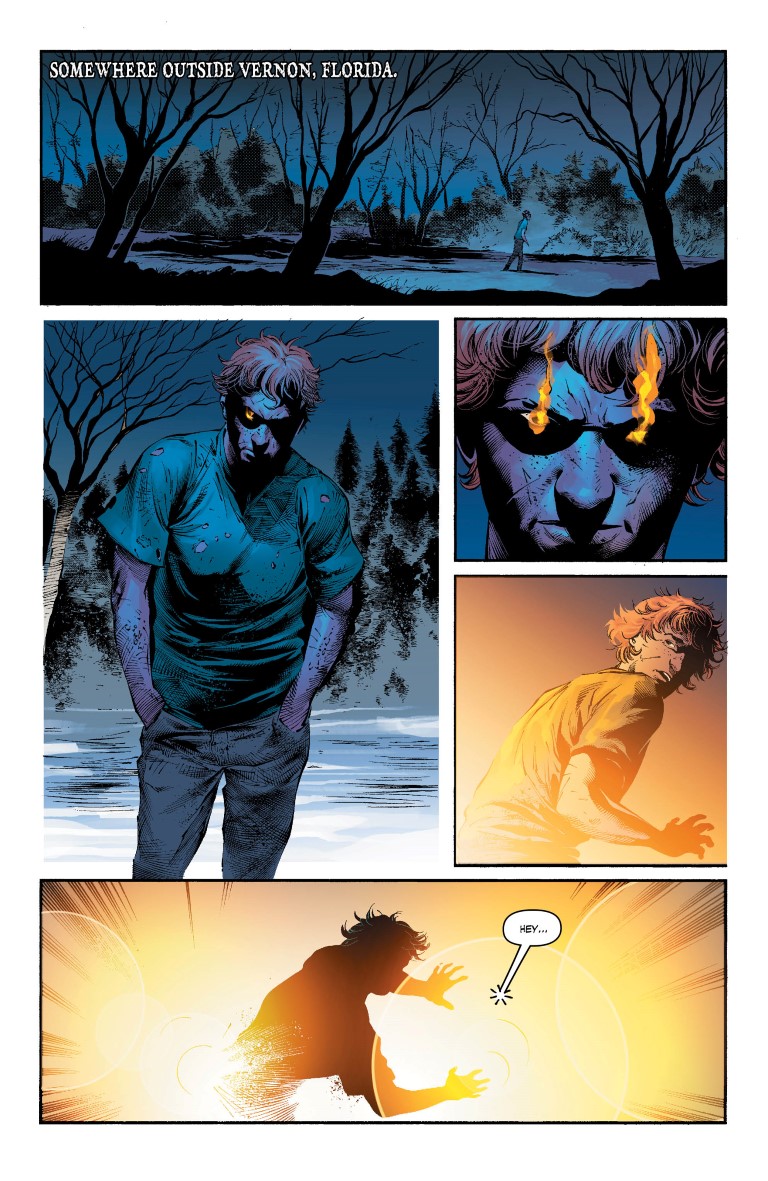 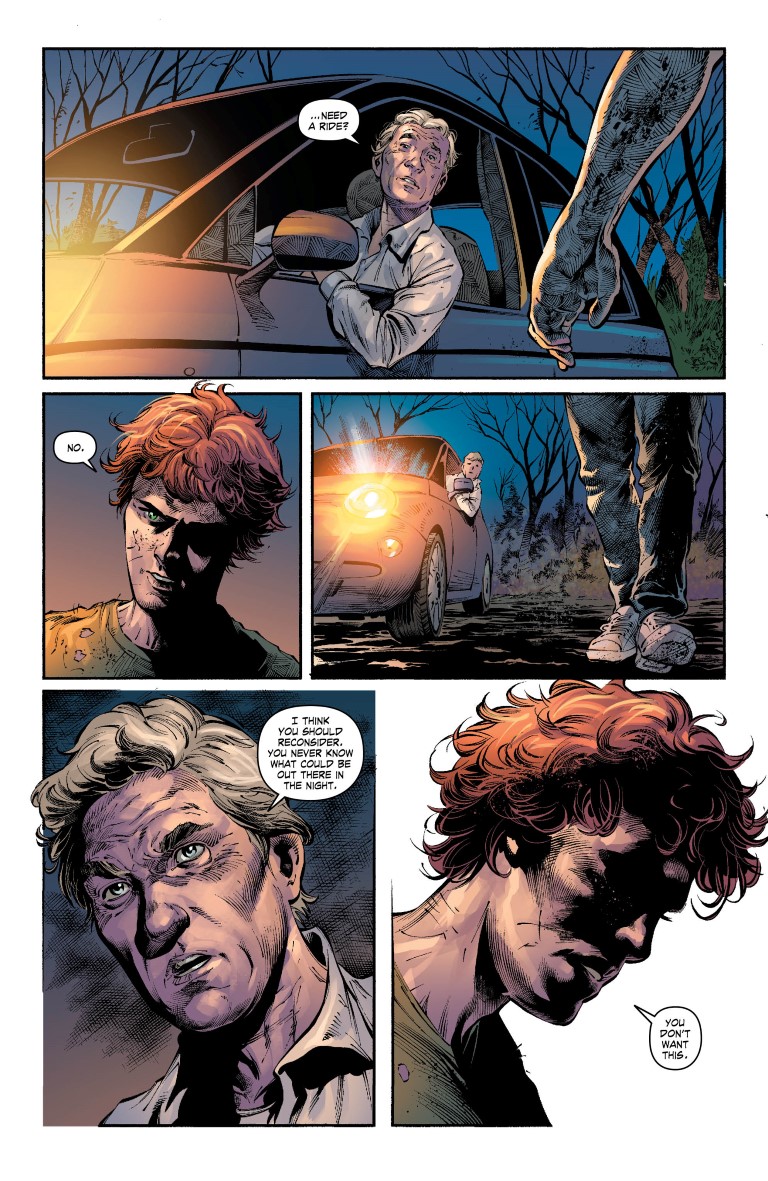 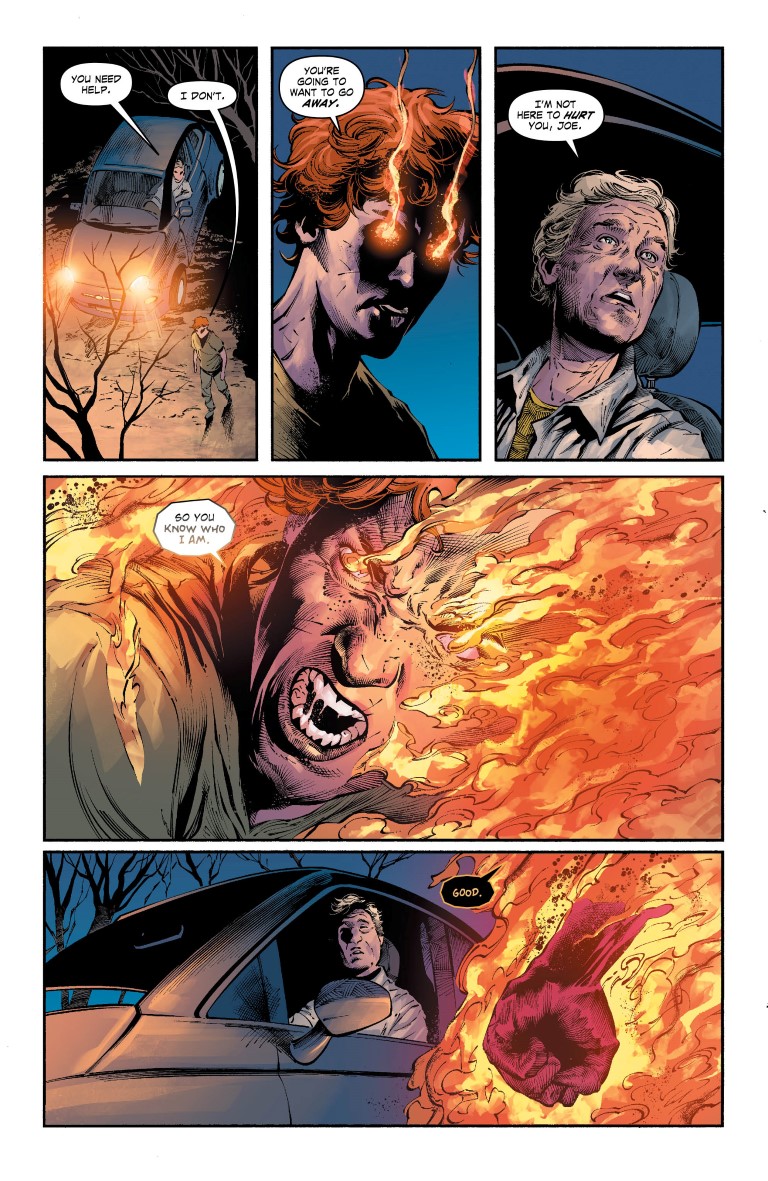 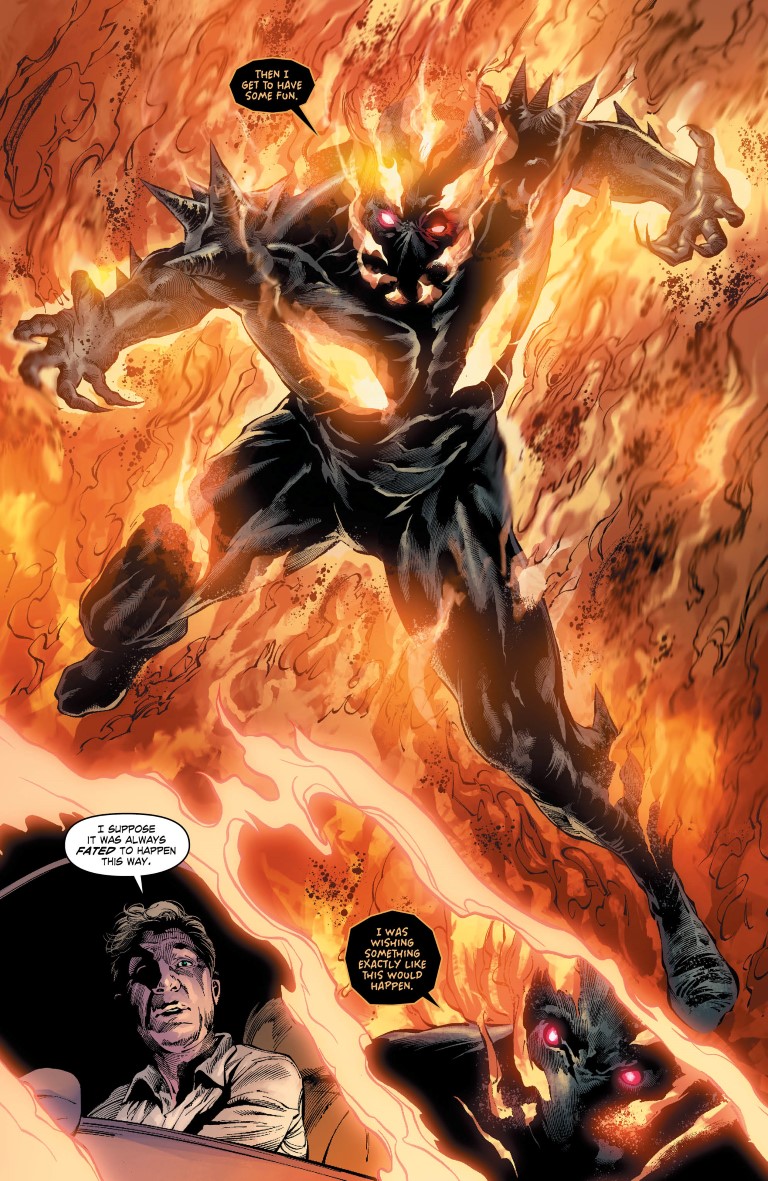 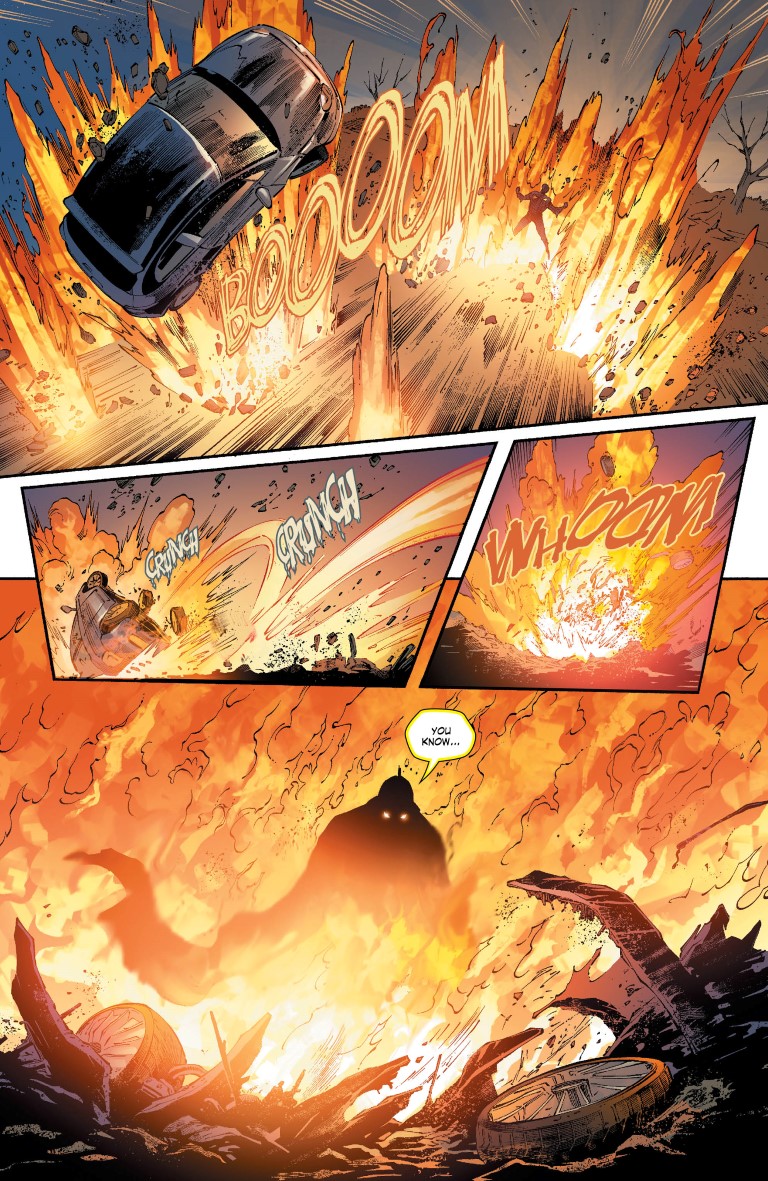 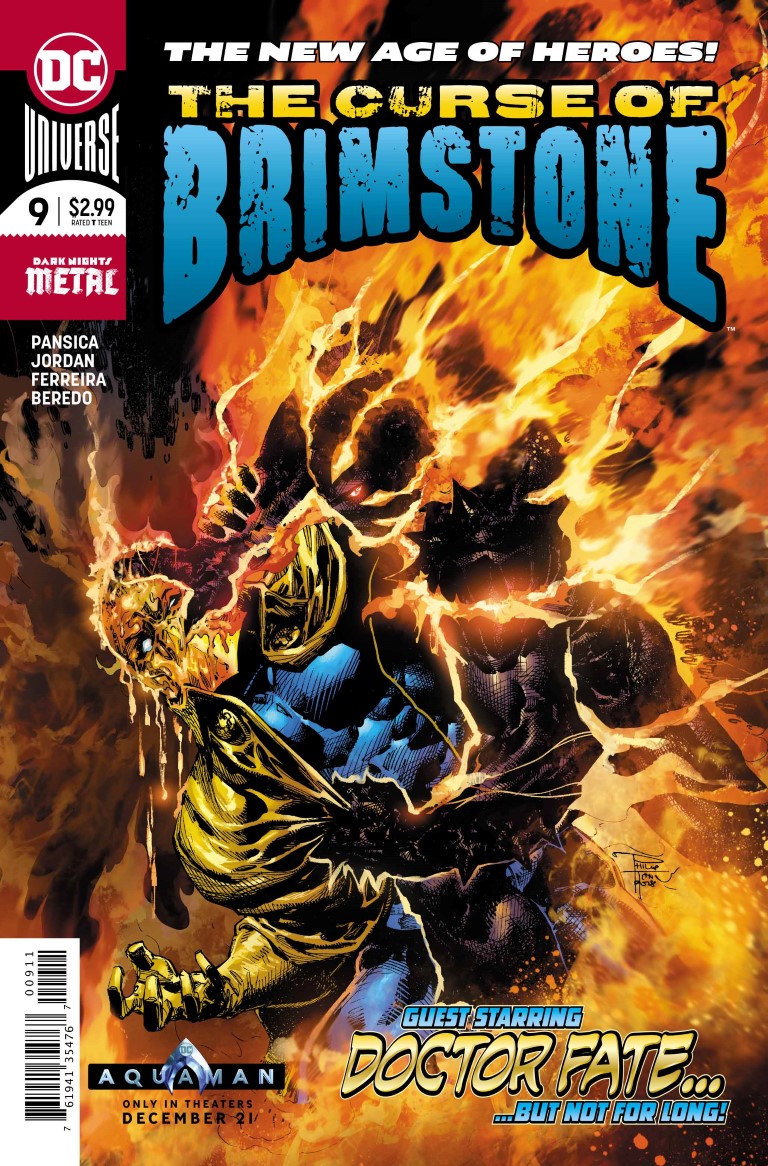 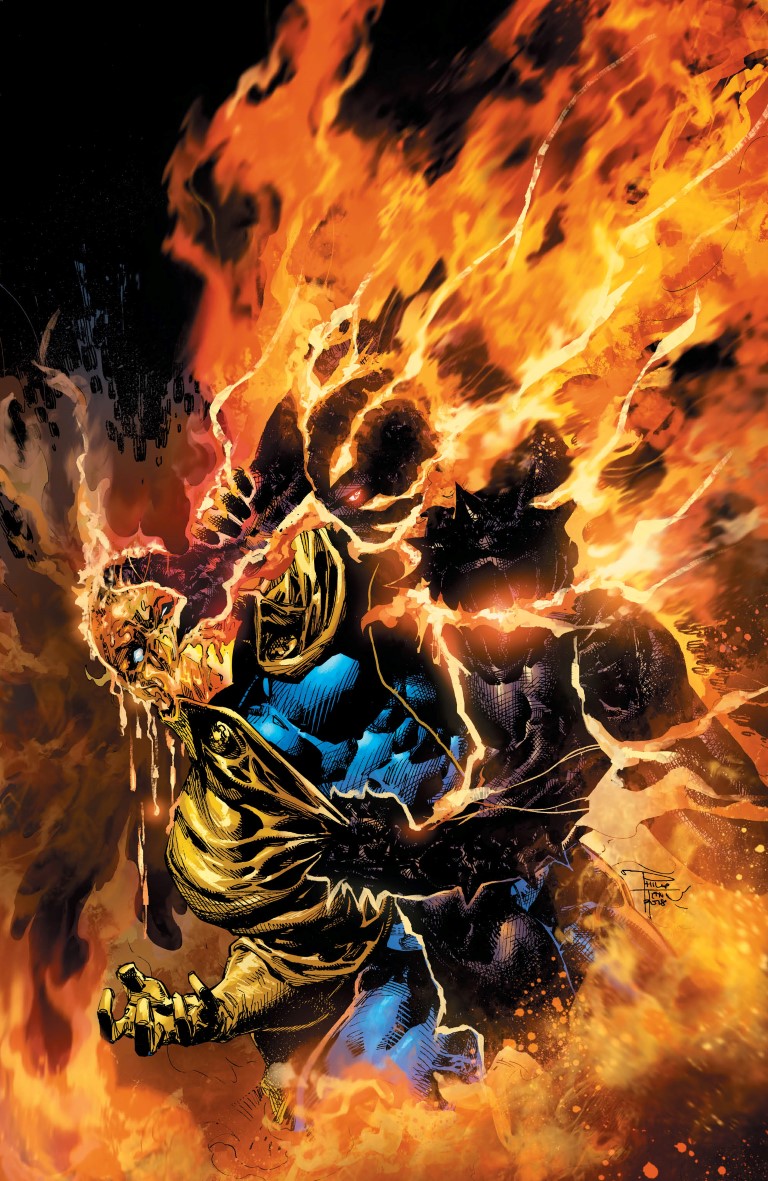