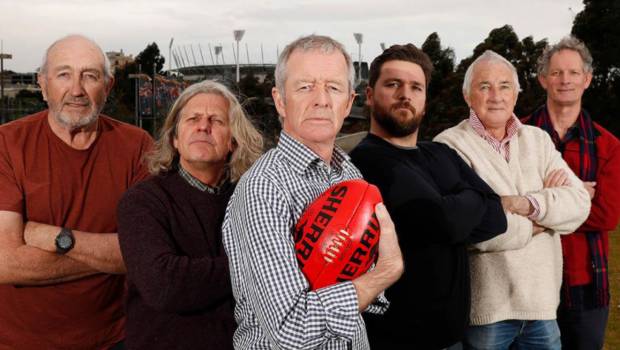 The Coodabeens’ Covey, Champs, Billy and Richo come together at their hallowed ground, Arts Centre Melbourne’s Playhouse, for their fifth finals outing serving up their trademark music, talkback and footy lexis in celebration of the beloved game. They will be joined by a couple of handy inclusions in ‘role players’ Torch and Young Andy.

First hitting the airwaves in 1981 on 3RRR, The Coodabeen Champions were the #1 draft choice who actually lived up to the hype. As rookies, they broke new ground for sports coverage and almost 40 years on remain as popular as ever with their ABC Radio Melbourne program cementing them as a Melbourne institution.

The Coodabeen Champions performed their inaugural Arts Centre Melbourne show to a full house in 2014 and have played to sold-out crowds each year thereafter. 2018 is shaping up to be another corker!

“The support of our fans has kept us going despite the challenges of the draft and the salary cap – not to mention an ageing list! And we want to hear the fans in full voice for a spire-shaking rendition of Always Kick to the Fat Side. Let’s make it bigger than the Tiger Army’s ‘yellow and black,’” Covey said.

Spare Dad the socks and jocks this year and treat him to The Coodabeen Champions Father’s Day Special. Irreverent wit, humour and the odd tall story served up with half-time Angus beef pies and icy cold beers that can be pre-ordered, make for the perfect gift.