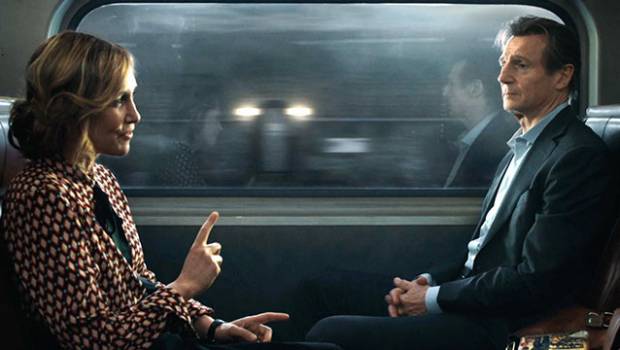 It’s hard to believe but presently, whenever you ask young people who Liam Neeson is, they tend to quote his action films and not know or forget about his critically acclaimed films, including Schindler’s List, Michael Collins, Rob Roy and others. Since the 2008 action film Taken, Liam Neeson has transitioned from thespian to all-out action hero; the person who cemented that status was Spanish director Jaume Collet-Serra.

Apart from Goal II: Living the Dream (2007), Collet-Serra’s films are entertaining B-movie garbage. These range from horror films, such as the House of Wax (2005) remake, which has Paris Hilton hilariously impaled by a metal pole (no, that’s not a euphemism) to Orphan (2009), a gloriously silly and overstated horror film involving a killer child. 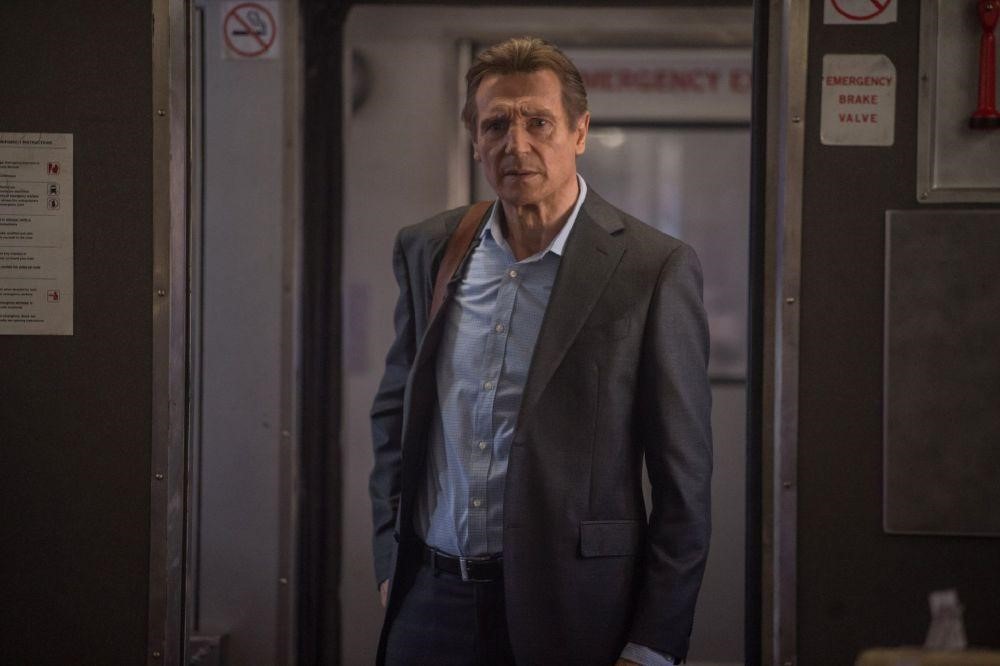 After that, Collet-Serra returned to his horror roots and made the sleeper hit The Shallows (2016), a contained thriller starring Blake Lively that just so happens to feature sharks. Just when you thought Liam Neeson was too old to play an action hero, after he declared he was retiring from action films (and took it back), here he is again, reuniting with B-movie schlockmeister Collet-Serra for their fourth film project, Train to Neeson The Commuter.

Leon Nelson Liam Neeson plays a loving insurance salesman, Michael. He has a loving wife (Elizabeth McGovern), a loving son, a loving home and every day, he travels to his loving workplace via the loving train station and has been doing that for the past loving decades. Then one day, his workplace stops being loving and starts a little firing, starting with Michael.

Unable to tell his loving wife, he drifts along until he goes on his daily loving commute home. While on the loving train, Michael encounters a seemingly loving and mysterious stranger (Vera Farmiga) who intrigues him to a loving deal: he will be paid a huge amount of loving money if he uncovers the loving identity of a hidden loving passenger on his loving train before the last loving stop. 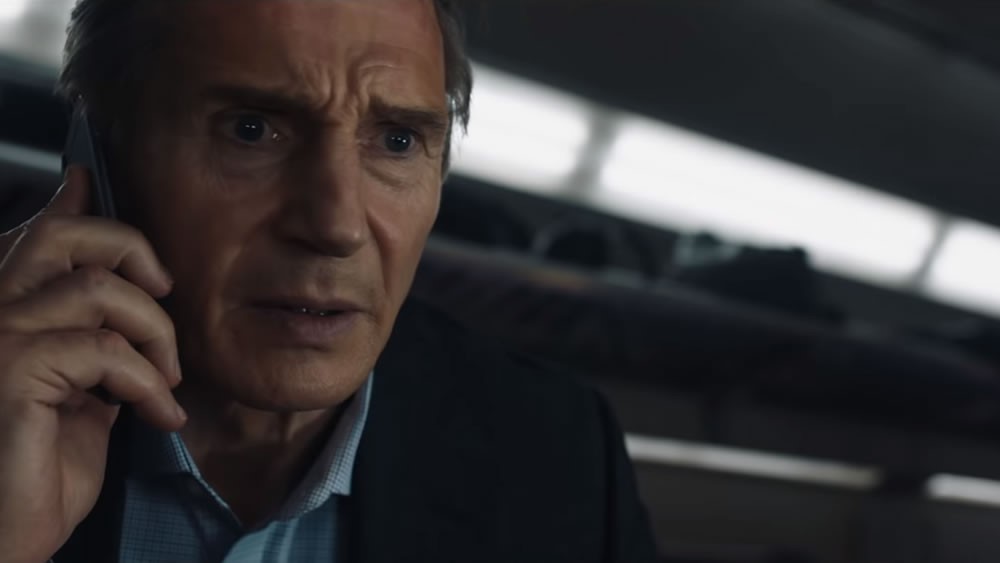 Considering he has lost his loving job, he agrees. As he works against the clock to solve the loving puzzle, he realizes a deadly and unloving plan is unfolding and is unwittingly caught up in a criminal conspiracy. It’s up to Michael and his particularly loving set of skills to do something about it before the train, for a lack of better word, terminates.

But enough with the love. Does The Commuter live up to the standard of a Neeson/Collet-Serra joint? It most certainly does and not much more than that. It’s purely a genre exercise that does what it says on the tin, which could have been seen as remarkable just because Liam Neeson is in it. But since this is the fourth collaboration between the two, you might consider whether they should do something different.

The film starts off okay with showing the motivations of Michael. The editing by Nicholas de Toth (who worked on Park Chan-wook’s Stoker) is intricate in showing the passage of time and the increasing baggage of Michael and his family. But later in the film, boy, director Collet-Serra lays it on thick. Neeson tells his backstory to a couple of clients and while he gets fired, he explicitly states his age and does it again in anger in an extreme close-up shot while almost staring at the camera. We totally get it! And that’s just the first ten minutes. As we gradually know more of Michael’s backstory and see the inclusion of Patrick Wilson and Sam Neill, don’t be surprised if you hear a collective groan from the audience. The reveal of his backstory is so obvious, you can almost hear the loud honking that comes with it.

All the above happens before the actual plot starts and you’ll already be thinking that you know where this is going because you’ve seen this movie before. But then we see Michael go on the train and encounter the mysterious stranger and then it turns into another movie that you’ve probably already seen. All The Commuter’s elements have been done before and much better in other films, but thankfully there’s a lack of pretension. The film knows what it is and never becomes self-important nor takes itself too seriously, which helps a lot with the fun factor.

Like his prior film, Non-Stop, director Jaume Collet-Serra maintains a fast pace (until the third act when the film comes to a complete stop both figuratively and literally) and brings visual flair to the proceedings. The zooms, the long takes, the Dutch angles, the slow-motion and other flourishes bring a bit of zing to the entire film. And just like Non-Stop, the third act goes into heights of ridiculousness involving hilarious slow-motion stunts, iffy green-screen effects and a character reveal that again goes HONK-HONK! Twist incoming!

Another unfavourable comparison to Non-Stop is that the supporting cast of talented thespians and newcomers are wasted. Vera Farmiga (who last collaborated with Collet-Serra in Orphan) spends most of the film off-screen on the phone, while Patrick Wilson does what he can with a thin role playing a character named Alex Murphy, which got a laugh out of me. Sam Neill has merely two scenes, while actresses Florence Pugh (fantastic in Lady Macbeth), Clara Lago (great in The Hidden Face) and Letitia Wright (a revelation in the TV show Black Mirror) barely make an impression. It was nice to see Jonathan Banks play a role that isn’t a repulsive scumbag like in Mudbound or Beverly Hills Cop though and Shazad Latif is amusing as the businessman who is so slimy, he basically leaves a trail wherever he walks. 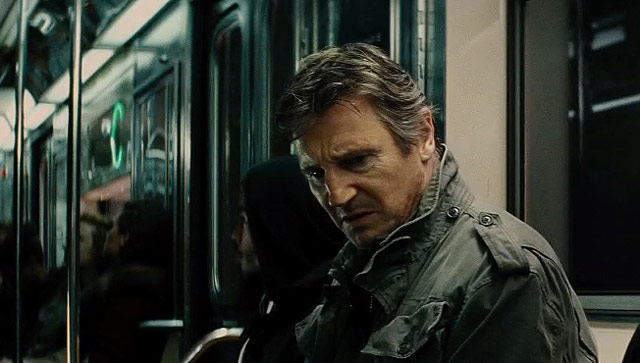 Despite its flaws, what keeps the film watchable is the man himself, Liam Neeson. The big man still commands the screen and dons the action hero role with ease. Even in his advanced age, he still grunts, growls, yells and packs a severe punch in the action scenes, particularly in one fight scene that’s seemingly shot in one singular take, and involves fire axes, guns, flying knees and even an electric guitar. To stave off the risk of derailing this review, let’s terminate this one here. The Commuter provides exactly what you expect and if you’re not tired of the Neeson/Collet-Serra formula then you’ll have a good time.

Summary: All The Commuter’s elements have been done before and much better in other films, but thankfully there’s a lack of pretension. The film knows what it is and never becomes self-important nor takes itself too seriously, which helps a lot with the fun factor.