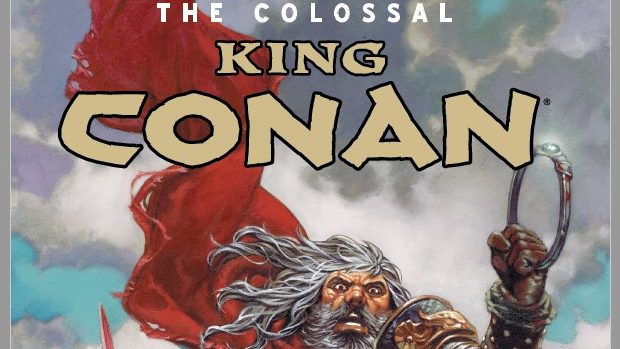 Summary: Conan reflects on a life of adventure to a scribe tasked with recording the history of the aging king.

Those of us who were a little late to the game and came to the stories of Conan through the Arnold Schwarzenegger film will remember seeing Conan as a king upon a throne and our imaginations swirling with the stories that would go with that. The Colossal King Conan shows us just that… Conan as an elderly king (though still with fight left in him), telling the tales of his youth to a scribe whose task it is to record the adventures for the ages. The result is we essentially get two Conans, we get the elderly, wise  Conan ruler of his empire and we get the younger head strong Conan seeking adventure and glory. 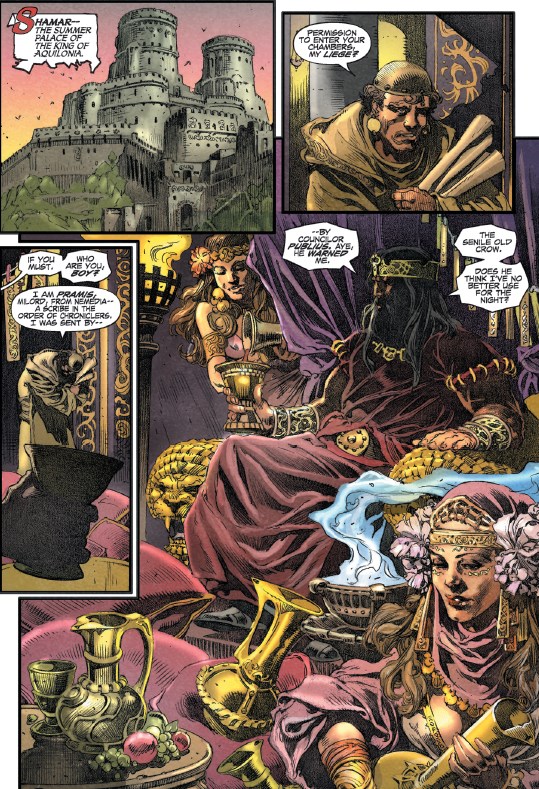 These stories would work quite well without the introduction and interludes from King Conan… but they wouldn’t have the same charm. Conan’s attitude and speech is somewhat dictated by his position as ruler of his people… yet the fire within is still clearly present and he seems at a moments notice ready to leap into a new adventure. The changing between old and young Conan also works to inform the reader how Conan came to be the man he is… the experiences he recounts clearly present in his countenance and speech. Timothy Truman does a fantastic job bringing past and present Conan together in a way that not only works wonderfully narratively but fits so beautifully into the original stories by Robert E. Howard and the notion that the fantastic tales are part of a documented history of an age of high adventure! 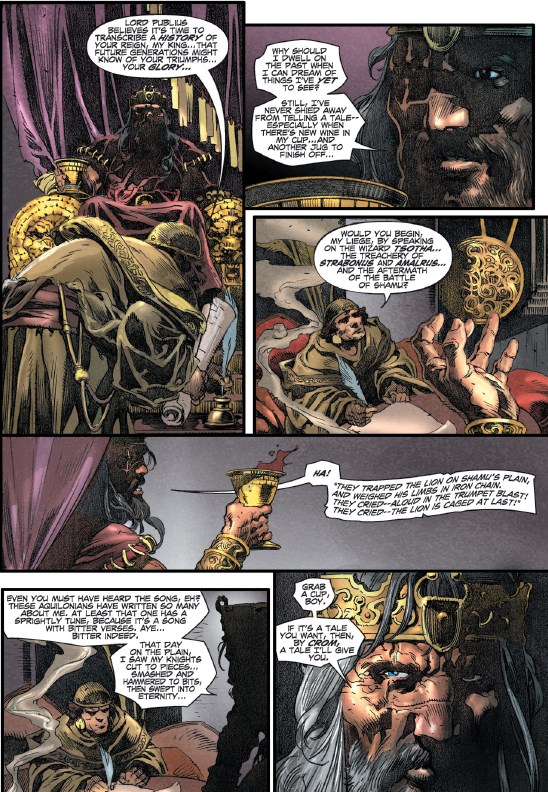 What Timothy Truman does for the story, Tomas Giorello and Jose Villarrubia do for the visuals. Words go a long way to setting the scene and conveying a characters state of mind… but a picture can really hammer that idea home. When you see the scarred and greyed vision of Conan you can practically feel the years of adventuring and the inner yearning for yet more excitement behind the kings eyes. Though some pages jump from the aged Conan to a youthful Conan in the midst of battle… that energy and ferociousness is just as easy to see in the old king. A sword ever at the ready and a mind still as quick as a fox the images compliment the words and draw the reader head first into Conan’s world. 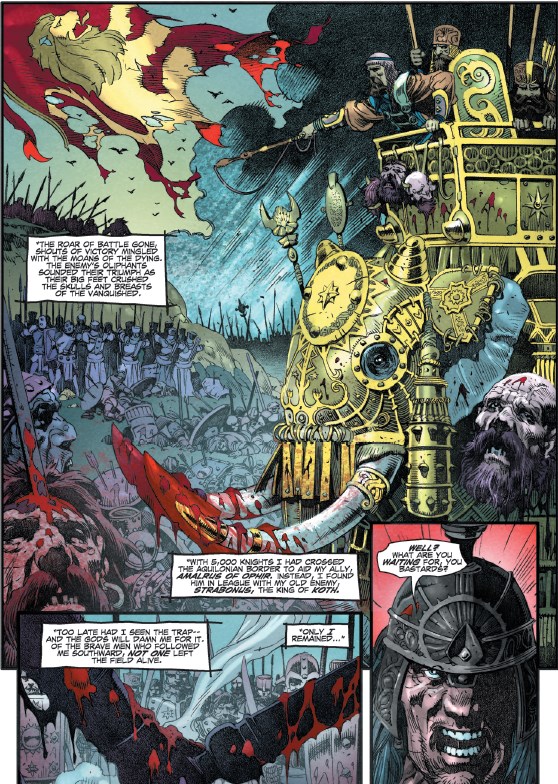 I’d read a few King Conan stories before but this collection is just brilliant. It has action, adventure and a love that spans the ages. Passion, politics, diplomacy and heroism, it would be hard to squeeze any more into the book without it bursting at the seams. This is the Conan I love, strong and nigh invincible, yet a glimmer of his soft side and a heart that is as big as his muscle filled body. Conan may well be a sword for hire but he is no simple mercenary, he fights with honour and justice and though he is many things, including thief… he is still a man to be looked up to. You will need to find quite a few coins of your own for this book… but it will sit proudly in your library and stand as a worthy chronicle of the great King Conan! 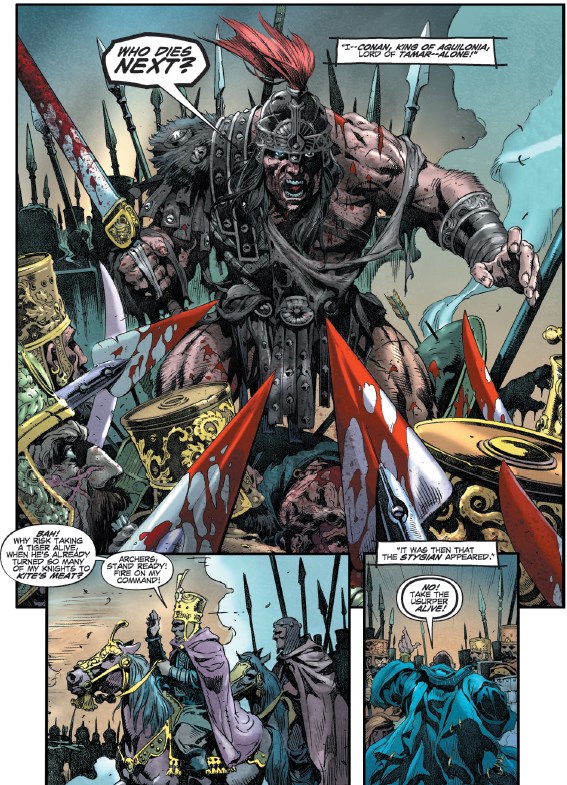