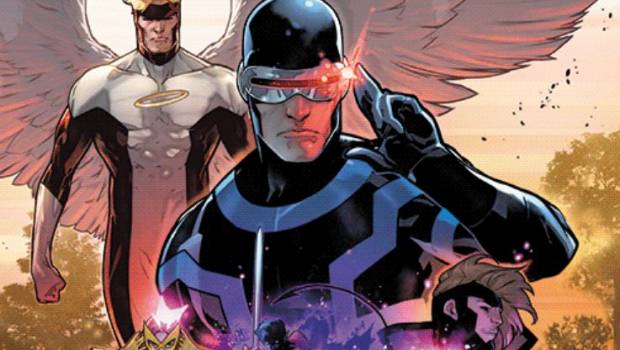 THE CHILDREN OF THE ATOM ARE REVEALED!

The new era of X-Men books continues this April with CHILDREN OF THE ATOM, a new ongoing series from writer Vita Ayala and artist Bernard Chang! This thrilling new team book will debut a new squad of super heroes that will turn the X-Men’s world upside down and you can get your first glance at these new young heroes in R.B. Silva’s stunning cover below! Further details surrounding the cast remain a mystery but it’s no secret that these teens have been inspired by your favorite X-Men. But don’t let their admiration fool you, their adventures will be far different and you won’t believe the twists and turns that await you from the very first issue!

Writer Vita Ayala is currently taking Marvel’s famous living vampire on a chilling journey in MORBIUS and is eager to bring their creative genius to the X-Men line with this brand-new ongoing series!

“The initial seed of the idea actually came from [Editor] Chris Robinson: What if the X-Men had sidekicks?” explains Ayala. “MY take on it became, what would actual kids from our current time be like, if they were X-Men sidekicks? What would Gen Z X-Men be like?”

Joining Ayala on CHILDREN OF THE ATOM will be Bernard Chang who, throughout his illustrious comic book career, has crafted stories for some of Marvel’s most iconic characters from Deadpool to the X-Men. Now, he’s using his legendary skills to create a brand new team of iconic Marvel Heroes!

“I have never known a world without mutants and the X-Men, and to be able to create characters that would become part of the canon is WILD. I love them very much. Bernard, Chris and I have worked so hard on them, and I was practically itching to let them out into the world so others could love them too,” said Ayala. “What makes the new cast special to me is that they are reflective of a lot of people I know who look up to what the X-Men stand for, and have taken it upon themselves to further those ideals. These kids are exactly the kids who, in real life, have posters of Storm and Wolverine in their rooms, who grew up seeing them as heroes and want to live up to that.”

Just who are these new kids? Keep an eye out on marvel.com for more information. For the full scoop, make sure to pick to up CHILDREN OF THE ATOM #1 when it hits stands this April!