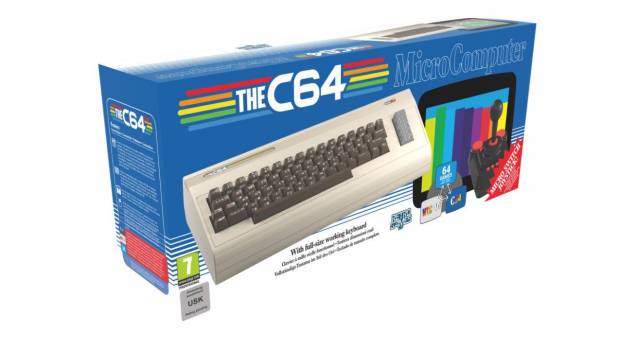 Summary: The C64 provides some great retro fun plus access to classic ROMS!

Before the words “gaming console” were ever linked, there were personal computers (PC’s) and one of these was the highly popular Commodore-64 that was built for gaming… <cue fancy TV commercial>

This PC was originally released in August 1982 and now 37-years later, retro-gamers can now re-experience the wonders of a fun and simpler time in this full-size replica unit. While the C-64 mini was released in October 2018, the company behind this resurgence has given gamers another option of a full-size replica that includes a working mechanical keyboard and an equally kitsch joystick which are the main differences compared to the mini.

Apart from playing games, you can even jump into the O/S which gives you access to the C64 or Vic 20 which allows you to engage in basic programming. My knowledge of programming doesn’t go beyond… 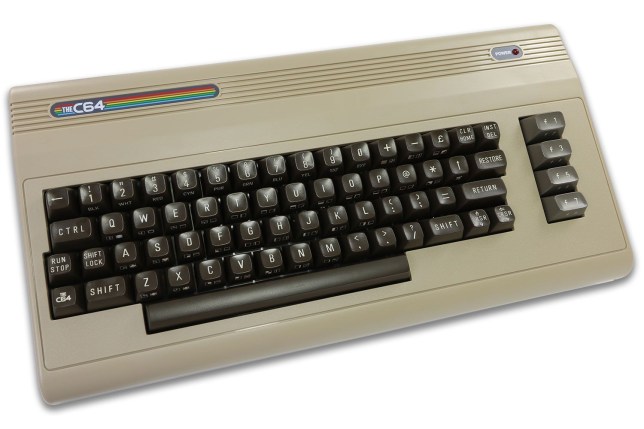 Kids across the world really abused that above code on display units!

Needless to say, we were super excited to trial out the C64 (which is really labelled THEC64) and once unpacked, it was almost a perfect carbon copy of the original unit. However since then, inputs/outputs have changed and while HDMI or USB never existed in the early 80’s, this “update” now does which allows for 720p resolution.

This home personal computer also comes with 64 pre-loaded games. However as this is a fully functional working PC, you can load ROMS via the USB port which does increase the amount of content available. Developers Knights of Bytes have even created a new C64 game for 2019 with Sam Journey’s that takes this hero on an unexpected journey to a strange world and is a fun little platformer.

Furthermore, classic games such as California Games, Cosmic, Trailer Blazer, Impossible Mission and one of my favourite games growing up, Boulder Dash are some of the highlights of this retro release… for me anyway. Given that, most of these games brought back great memories of growing up as a kid and while the gameplay and graphics are a little to be desired, it was still a fun experience and some of those platformers such as Impossible Mission are still a blast to play. You can even tweak the experience to offer a more ‘classic’ style of graphics and audio format for those true purists.

As this version has a working mechanical keyboard which the mini didn’t, this allows you to easily play Planet of Death which is a text-based adventure game and yes, in a galaxy far far away, games were once text based and you might even got luck with ASCII graphics. Oh… the joystick is pretty darn impressive and accurate, particularly with its micro switches and if you don’t know what a joystick is, it’s basically the analog sticks on modern controllers. 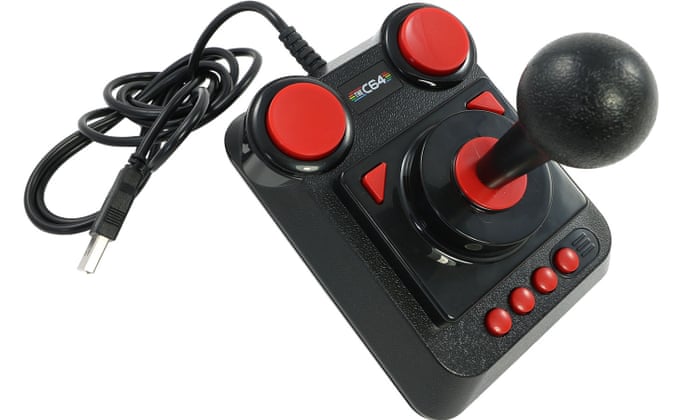 When it comes to quality, THEC64 feels like an item from the 80’s and boasts a very sturdy build that mirrors the retro-aesthetics of the original perfectly, albeit with the inclusion of new ports… and thankfully no tape deck accessory to load games and once again, this is how some people loaded games back in the day.

For those old enough to remember, THEC64 provides an enjoyable walk down memory lane, however if you’re still gaming now, you will notice that this medium has improved considerably. While it is fun playing these games again, there would probably be only a handful that I would sit down and replay due to the limited gameplay of these titles.

However with the ability of loading your own ROMS which are available online… I’m not sure how the copyright works on these or if the digital copyright lapsed but I believe that’s where most people will get their enjoyment from, hunting down the classics and then installing them on this perfect clone!