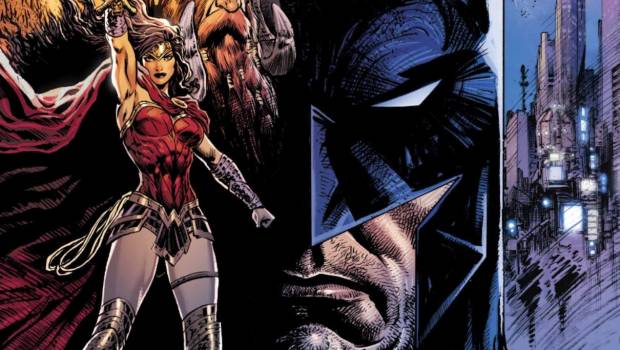 The Brave and the Bold: Batman and Wonder Woman #6 Review (Final Issue)

Summary: The Brave and the Bold: Batman and Wonder Woman #6, the final issue is indeed spectacular

The final issue of The Brave and the Bold: Batman and Wonder Woman has just landed as writer and artist Liam Sharp concludes his epic crossover of the DCU and the world of fey called Tir Na Nog. After the shocking discovery of the previous issue that saw King Elatha alive and well living in the DCU, we learn that his plan was to open the causeways to free his people.

Unfortunately for this world and with the absence of the King now returned, it left a void open for his brother Balor to gain the power in this kingdom that has resulted in a devastating war. Unfortunately this sparks an almost mythological battle between the two brothers as they literally battle to the death and not even the intervention of Wonder Woman can find a peaceful solution.

Although the ending is unexpected, peace is returned to Tir Na Nog and although Batman had a smaller role in this issue, he discloses his experience to Alfred with a word of warning that the people of this realm locked themselves there for a reason and this reason has been reborn. Oh and the art from Liam Sharp is indeed some ahh, sharp art that really brings this story to life, especially the world of Tir Na Nog! In other words, it’s truly stunning!

Wow… the conclusion of this comic was a true masterpiece and Liam Sharp successfully brought together two mythical worlds with some great character development, including world building. Although Batman was at first in denial about this magical realm, it was fun seeing him to take the reigns and the team-up with Wonder Woman worked well. So if you missed this 6-part mini-series the first time around, I’m sure DC will release a trade to celebrate this landmark story. 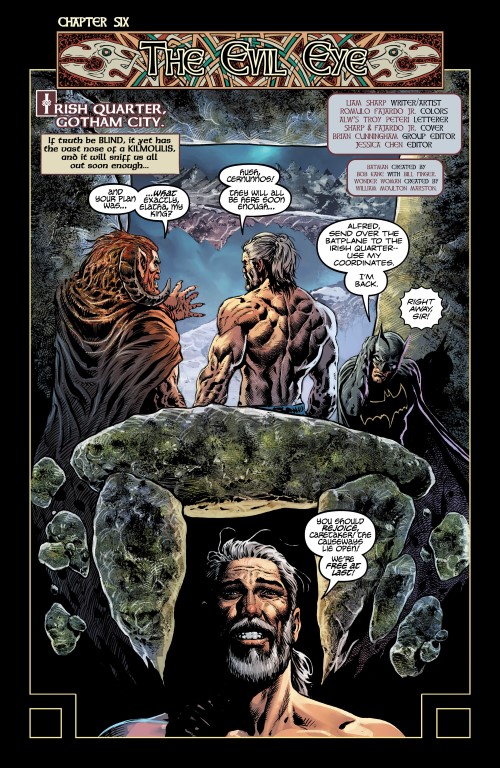 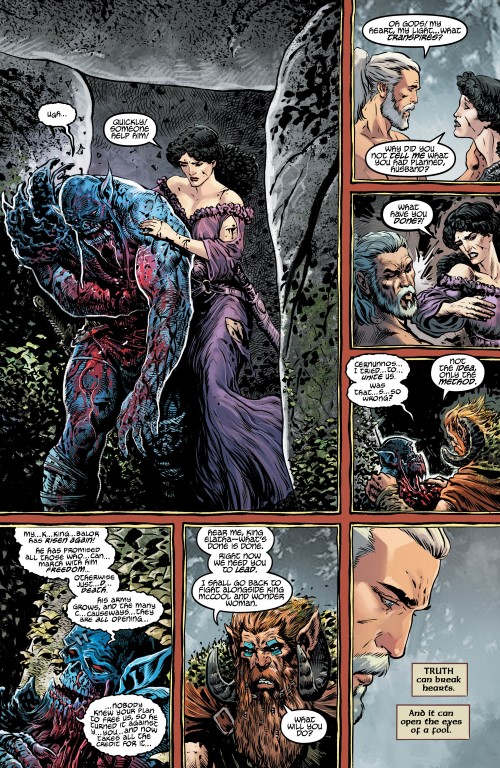 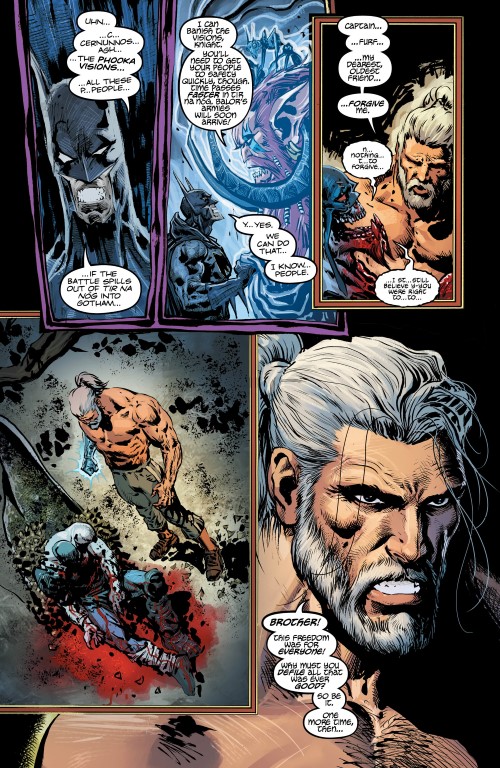 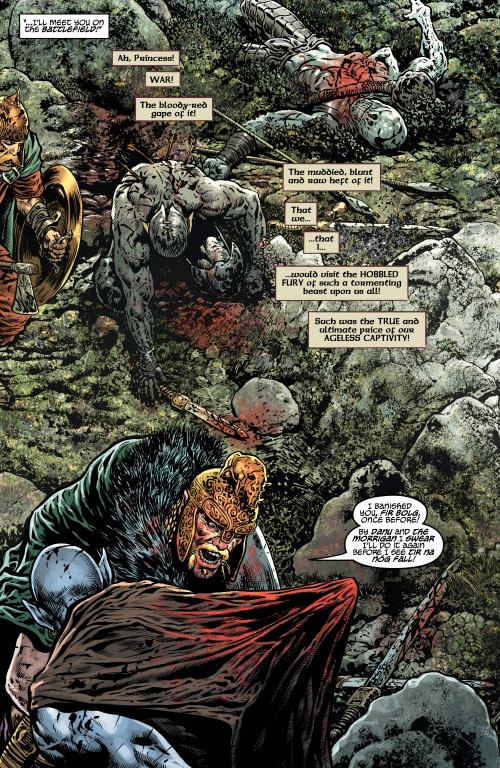 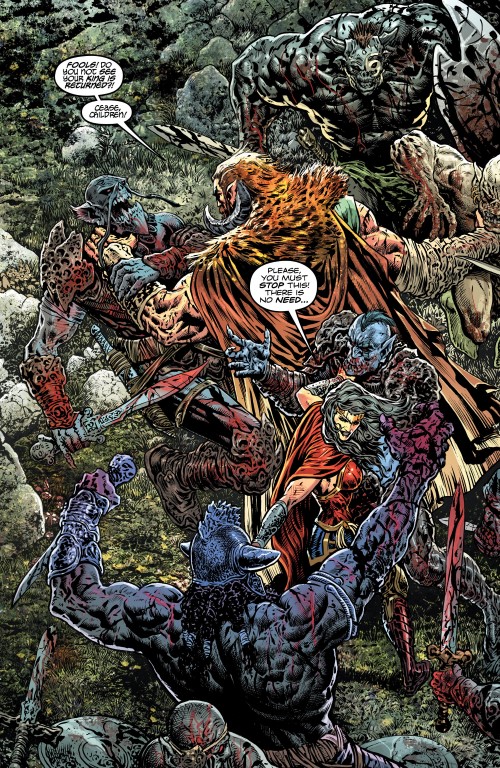 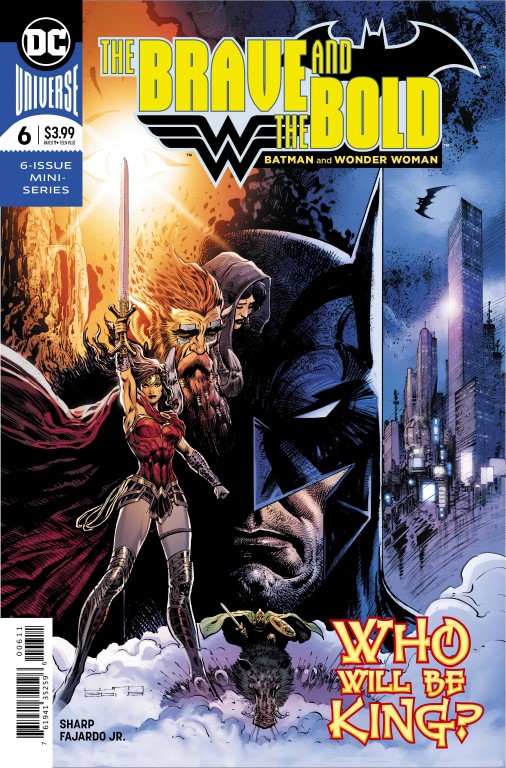 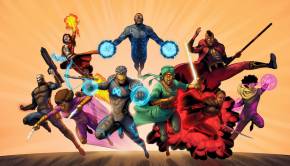 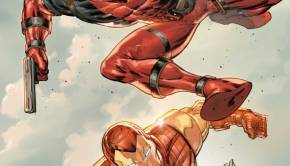