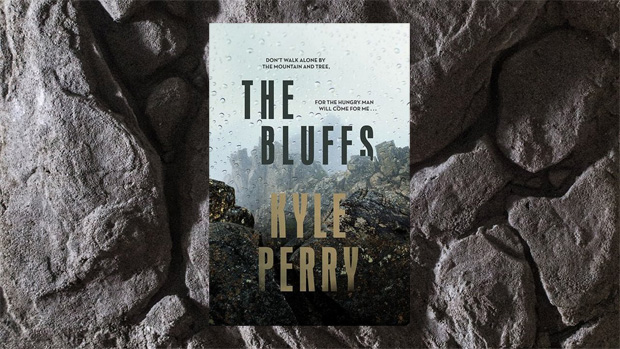 Summary: The Bluffs is a chilling and captivating read

Tasmanian based youth worker and counsellor Kyle Perry’s “The Bluffs”, based in the current era in Tasmania, follows damaged but compelling protagonist, Detective Con Badenhorst in a race against time to locate four teenage girls who go missing in the mountains on a school hiking trip. With vast similarities to a series of disappearances from the 1980’s in the same area, the terrifying local legend of ‘The Hungry Man’ once again grips the small town of Limestone Creek. The townsfolk, police officers and distraught families then find themselves questioning everything they know about the four missing students, the safety of their town and the reliability of their friends and neighbours.

The reader is invited into the perspectives of multiple characters throughout the text and, as each new chapter commences through someone else’s eyes, the reader is left with a growing sense of foreboding and an eagerness for answers. This thrilling, tragic and often frightening tale explores some of the most intense aspects of mental health issues, drug abuse and the benefits and consequences of social media.

As Perry’s debut novel, “The Bluffs” thoroughly draws the reader in from the outset whilst setting the scene for compelling insights into PTSD, superstition, social media exposure and drug use. Perry’s experience in working with troubled youth, as well as growing up in the area where this story is based, has given him the tools to present to the reader a rich insight into the thrills and dangers of the remote Australian wilderness and the complexities of the people who live in its shadow.

His exploration of the draining and time-dependant processes of detective work also allows the reader an accurate and intriguing look into the lives of police officers that most citizens are not often privy to. Perry’s uncanny ability to also unmask the inner workings of manipulative teenagers as well as heavily damaged adults brings to light evidence of his first-hand experience in youth work and counselling.

The reader is introduced to multiple characters at a swift pace quite early on, all of whom have their own distinct personalities, providing the reader with rapid and strong opinions of them – opinions which, in the case of this reader, are retained throughout the entirety of the novel, despite the eventual exposure of the villain.

Detective Con Badenhorst arrives in the story as a new face in the community of Limestone Creek and is vastly unfamiliar with the inner-workings and social politics of the average small town. It becomes clear to the reader that Con struggles with post traumatic stress disorder as a result of a case he had been involved in before coming to Limestone Creek. Perry’s exploration into Con’s obstacles create a nuanced portrait of a damaged but ultimately decent man who is determined to solve this case against all odds.

After a heavy blow to the head and subsequent concussion, local teacher Eliza Ellis is left feeling confused and guilty about the disappearances of four of her students, as well as fearful of what her unknown assailant will do next. With the recent suicide of her niece still weighing heavily on her mind, Eliza’s own struggles with her mental health and her hazy recollection of what happened on the mountain provide the reader with a vivid look into the importance of implementing self-help tactics whilst also making it unsettlingly apparent that nothing is ever what it seems with these characters, especially the victims.

Maddison Mason, a teenage YouTube sensation and twin sister of one of the missing students, struts into the story and, from the outset, it is made very clear that she is an egotistical, social media addict who revels in controlling those around her and making them miserable. As the story goes on, Maddison’s involvement in the disappearances of her friends becomes more apparent, with chilling results. Perry’s experience in working with all kinds of young people has given him the tools to create a character who is a prime example of why teenagers should not have smart phones, streaming devices or too much internet access. She is, in the opinion of this reader, the nastiest little grub in recent Australian literature and Perry has written her very convincingly.

‘The Hungry Man’ legend that is always in the background of this story creates a chilling atmosphere within the novel. The haunting concept of this large, bear-like man who lives as a recluse in the mountains of the Great Western Tiers and who kidnaps and murders innocent school students firmly establishes the dangers of exposure to unfamiliar environments and, as the story progresses, the escalation of rumours and paranoia at the hands of social media. The conclusion of the story in relation to ‘The Hungry Man’ delivers a final blow, leaving the reader with a sick and lingering sense of foreboding and the question of ‘what if?’, and Perry delivers that blow perfectly.

For a debut novel, Perry has done a wonderful job in creating such a compelling story. The regular descriptions of the wilderness and surroundings of the Great Western Tiers, which Perry himself has been lost in several times, paints a vivid and unsettling picture that draws the reader right into the story, almost placing them there for real.

Perry spins a series of complicated webs throughout and the reader has to stay sharp in order to sufficiently follow the plot. There is a slight tendency to get a bit hazy and muddled in the last quarter or so of the story as there is so much occurring and it often requires a brief re-read to ensure the information is retained. Despite this, “The Bluffs” is a fine example of how Perry has used his many years of experience in various fields of youth work, counselling, and exposure to the vast, Australian wilderness to create a riveting debut novel. His ability to delve into the minds of so many characters through shifting perspectives is deliciously captivating and easily leads the reader on a journey that excites, enthrals, and devastates.

“The Bluffs” has a solid structure and a great deal of technical merit for a debut and it has been written in such a way that keeps the reader captivated and keen to seek answers. This modern-day thriller, derived from Perry’s own experiences is sure to be the first of many compelling tales created by Perry, and the inevitable success of this text is a look ahead into what promises to be an exciting journey to follow. 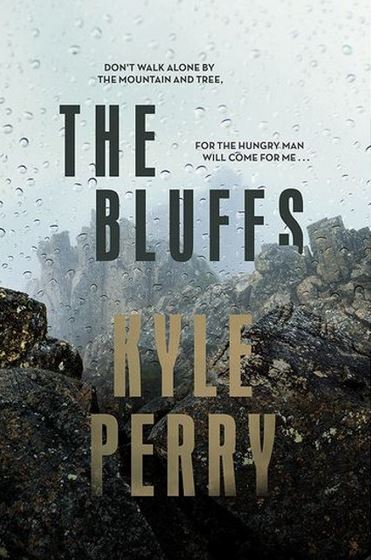