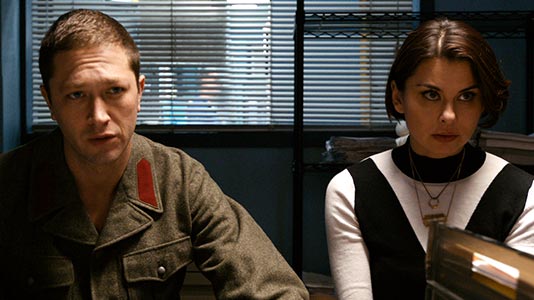 Justin Daly’s The Big Take is an intriguing, thrilling and original piece of cinema. It is mesmerisingly atmospheric and an exceptional debut film from a filmmaker who is not afraid to be courageous and take creative chances.

At the centre of an elaborate plan by Vic (Slate Holmgren) to get money to fund a film by screenwriter Max (Ebon Moss-Bachrach) is Hollywood actor, Douglas Brown (James McCaffrey). Brown is under the impression that he is being blackmailed so that a damaging video of himself will not to be shown in public. But he is really part of a crazy scheme by Vic to fund a film and make himself a producer.

However, Brown has access to people who can easily discover who Vic and Max are. When a private investigator Frank Manascalpo (Dan Hedaya) visits Max and his wife, Oxana (Oksana Lada), it goes horribly wrong and things start to turn nasty for everyone involved.

The Big Take is a highly impressive directorial debut by Justin Daly. It is evident that he has a strong sense of who he is as a filmmaker and is uncompromising in the execution of his first film. Daly’s directing style is not unlike that of a younger Quentin Tarantino as The Big Take has an atmosphere reminiscent of Pulp Fiction. However, the screenplay (also written by Daly) cannot be entirely compared to the 1994 film as it is a highly original piece of work.

It’s creativity in the darkly comical narrative allows for a heightened sense of suspense and unpredictability, which is supported by a soundtrack that doesn’t just enhances the atmosphere but excites and intrigues. The reason it is so intriguing is that the music is matched with landscapes of which it would not usually be associated (such as reggae accompanying the image of a motorcycle on the streets of Los Angeles); it works unexpectedly well.

Its flowing dialogue is superbly written for the screen and delivered with ease by an impeccable cast. As the unassuming Max, Ebon Moss-Bachrach is the star of the film. James McCaffrey’s Douglas Brown is the Hollywood stereotype who people love to hate right from the word go, but Max is the underdog who could be the real hero of the film for whom everyone barracks. 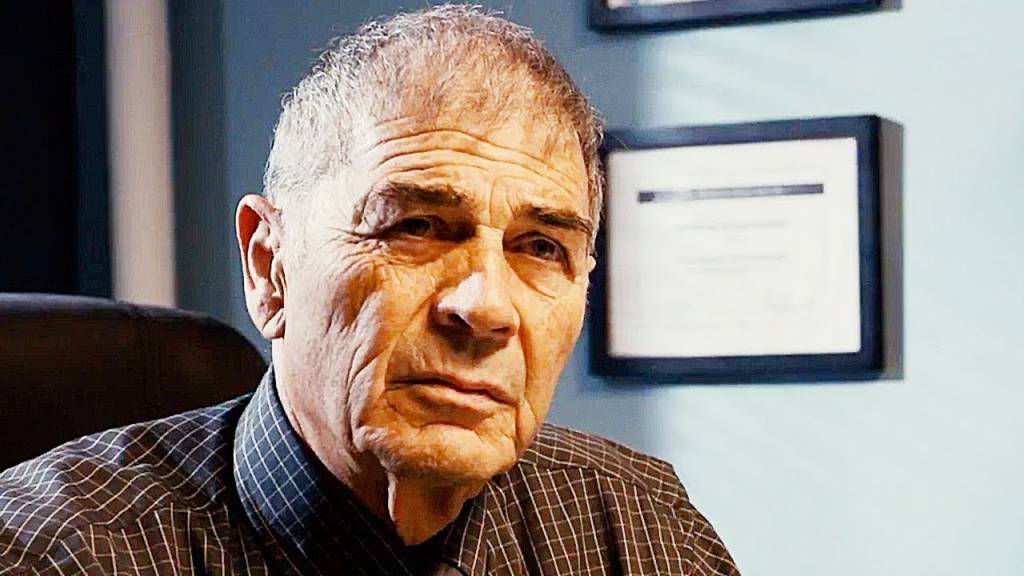 He is the relatable writer trying to make his way in the tough world that is Hollywood and trying to get people to take notice. When trouble in the form of attention comes his way, he doesn’t question it. Zoë Bell is also a standout as Edie, the girl who is far scarier than she initially seems.

The Big Take explores the dark side of Hollywood where people will do absolutely anything and question nothing to finally land their big break. Justin Daly breaks into the filmmaking scene with incredible power and is without a doubt one to watch in the future.

Summary: Justin Daly breaks into the filmmaking scene with incredible power and is without a doubt one to watch in the future.