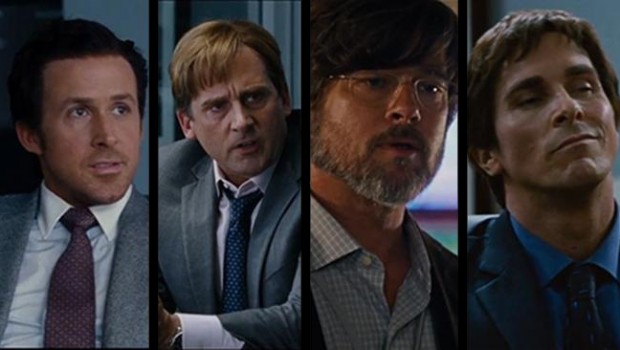 The Big Short opens with assumptions about its’ audience that are likely to be right on the money—that is many people don’t care or know an awful lot about finance and how banks work. I would include myself in that camp. The film centres around the global financial crisis and the true story of several people who saw it coming through the collapse of the United States’ fraudulent mortgage system. The Big Short utilises spry storytelling and unusual production technique to woo otherwise uninterested audiences into paying attention. From Adam Mckay— director of Anchorman (2004)— and based on Adam Lewis’ non-fiction book of the same name, The Big Short boasts an all-star cast including Christian Bale, Brad Pitt, Steve Carell, and Ryan Gosling who explore the many facets of finance and spot the impending economic crash. The result is more exciting than it sounds.

Thankfully, the whooping, drug-addled, strip-club-dwelling bankers like those seen in The Wolf of Wall Street (2013) are not the anti-heroes in this banking blockbuster, rather they are the opposition of the branded misfits The Big Short follows. The only time any of the main cast enter a strip-club is to ask the strippers how they’re allowed multiple mortgages with poor credit history. Steve Carell gets the most screen time delivering a powerhouse performance as Mark Baum, a banker who seethes perpetual rage and doesn’t suffer fools kindly and given the real-life events that transpired you can presume he has a fair few fools to suffer. He joins forces with the theatrical and overblown Jared Vennett played by Ryan Gosling who ‘smells the money’ in the impending crash. Another person who foresees the crash is Christian Bale’s Michael Burry, a different breed of American psycho than we’ve seen him play before, a reclusive fund manager with zero people skills who is glassy eyed, both figuratively and literally. 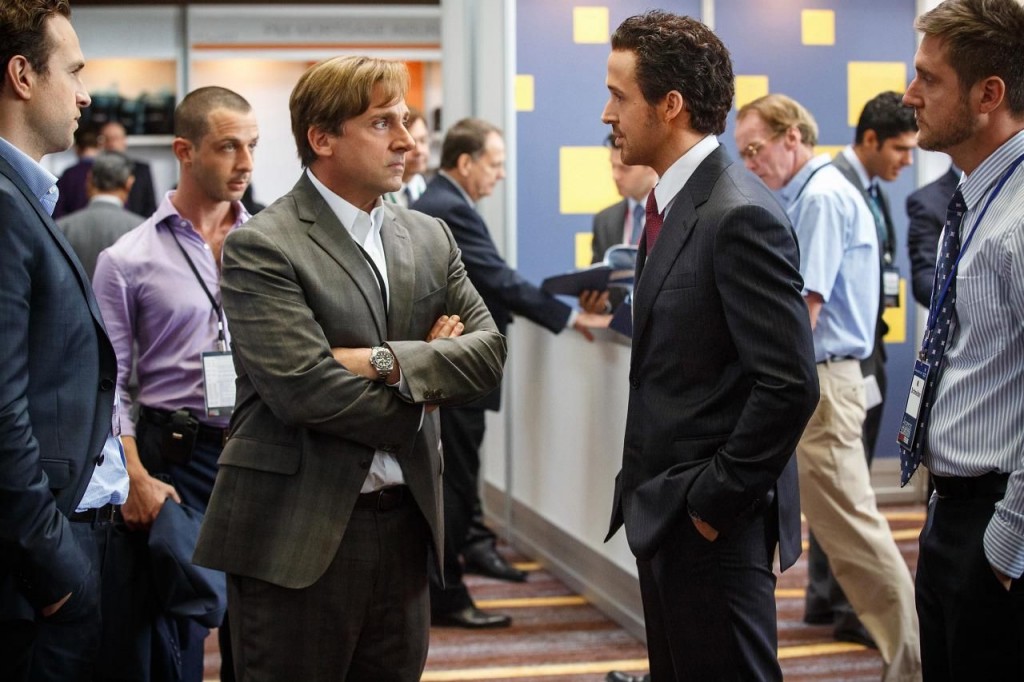 If the main character’s predictions are correct and they win, the economy collapses and millions suffer, as such none of them profess to be good people. Least of all Ben Rickert played by Brad Pitt, looking an acting more like Dad Pitt, a disillusioned retired trader who is now more interested in seeds than money. He acts as a mentor to two younger traders who also predict the crash. As expected of these big names all the performances top class, Carell in particular provides a strong performace. They each expertly deliver complex financial lingo that may as well be magical mumbo-jumbo to a layman. Their characters are compelling and even manage to be likable when compared to their competition, except Gosling’s character, he pulls of the ‘banker douchebag’ a little too well. Something his character has no problem proclaiming to the audience through the fourth wall. 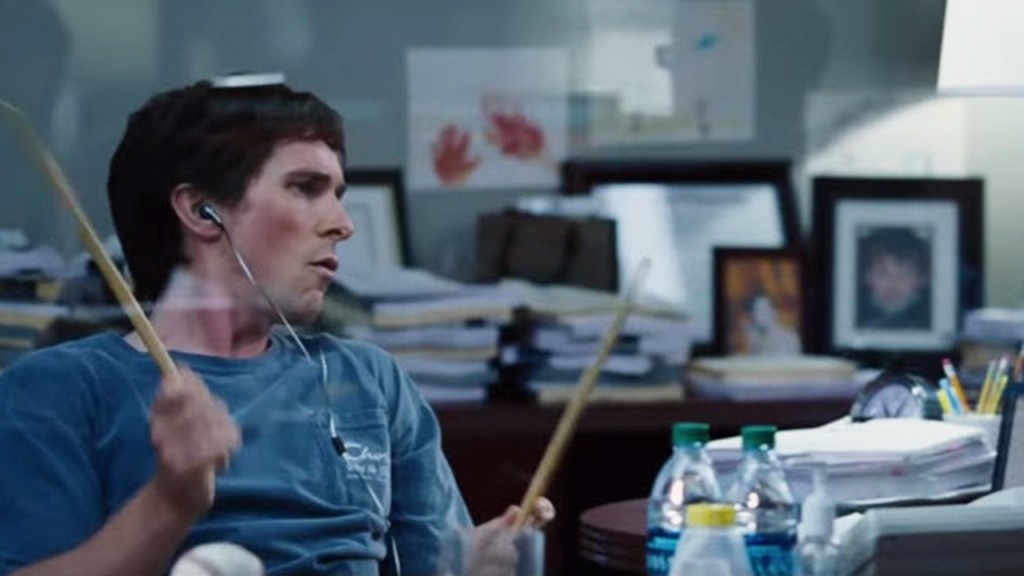 The Big Short frequently breaks the fourth wall, whether a character needs to directly talk to audience to tell them that the film’s dramatisation differs from real-life accounts or, more interestingly, explain financial concepts. Whenever complex issues arise the film hands over the explanation to a celebrity guest to give a short simplified explanation to viewers. Because only Selena Gomez can give an explanation about complex mortgage details. These are a fun way to get crucial information across and they neither feel patronising or condescending towards the audience. Most of the camera work in the film deliberately feels unprepared, the camera lags slightly behind the action in position and focus giving off a fly-on-the-wall documentary feel. Occasionally and somewhat inconsistently other quirks are thrown into the mix such as motion graphics suddenly appearing as some bankers talk about their testicles alongside the aforementioned fourth-wall breakages. These small oddities seem to be present to inject any extra excitement possible into a film where many may find the base subject boring. They sometimes seem unnecessary but are of no major detriment to the film. 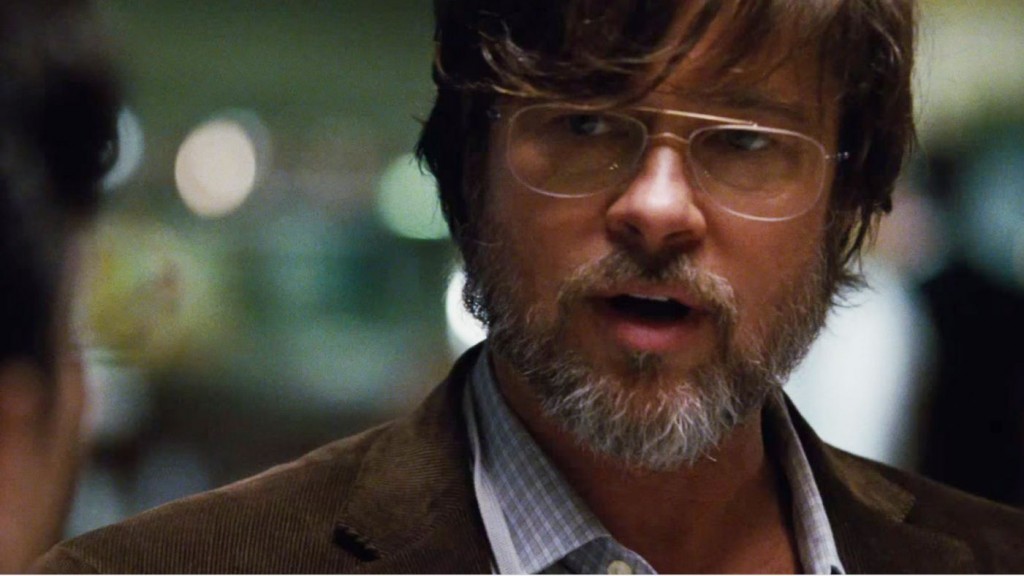 The Big Short tells a very interesting story that needs to be told. It takes what many would consider a dry subject matter and manages to deliver it in a fun and exciting way. This is boosted by greatly compelling performances by the all-star cast, resulting in a greatly entertaining end product. With the amount of technical jargon filling it up The Big Short has more to say in its’ two hour runtime than an economics lecture, but it proves that with the right professor, a lecture on any topic can be entertaining. Just be sure to pay attention and be willing to learn what it throws at you.

Summary: Big names and performances that don't fall short, financial jargon made understandable and entertaining for all.