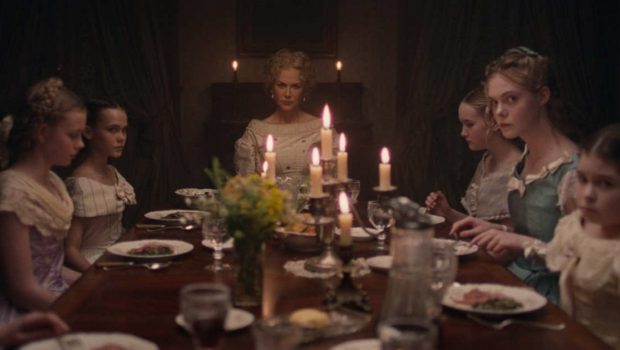 This year Sofia Coppola won Best Director at the Cannes Film Festival for The Beguiled, which is a bizarre decision that fails to answer why the film was made at all. This is a pointless and unnecessary remake of the 1971 Don Siegal-directed film, which starred Clint Eastwood, and marked the first adaptation of Thomas P. Cullinan’s novel ‘A Painted Devil’.

This new version stars Kirsten Dunst, Nicole Kidman, Elle Fanning, Colin Farrell and The Nice Guy’s Angourie Rice, but despite its quality, high-profile cast there are no surprises after watching the original movie. Entire scenes and individual lines of dialogue have both been lifted and the basic narrative outline is unchanged.

The only differences are a series of misguided subtractions that sand off the story’s most controversial elements, thereby highlighting the original’s edgy narrative fabric. As a female director telling a story about women of different ages exploring sexual freedom, Sofia Coppola has missed a sizeable opportunity. She’s opted not to fully explore the damaging behaviours of the past but to comply with, not defy, contemporary America’s conservative stance on sexuality as found in modern pop culture.

The film is about Corporal McBurney (Farrell), a Civil War soldier from the Union Army who in 1864 is wounded outside a girls’ boarding school in Virginia. He is discovered by a young girl named Amy (Oona Laurence) and escorted back towards the building. The school is populated by five young girls, the head matron Miss Martha (Kidman), and a teacher named Edwina (Dunst). These women help carry McBurney inside and treat his wounds.

The person that McBurney gravitates to the strongest is Edwina. He charms her by realising that she too would like to leave the school behind. His affection for her causes tension as many of the other girls, particularly Alicia (Fanning), are taken with him as he is one of the few male figures in their lives. As with the original film, the narrative type is Biblical through its theme of temptation and the key image of the male body being cleansed.

In a Q&A session at the Sydney premiere of the film, Sofia Coppola said that she was interested in exploring the female perspective as opposed to the original’s male viewpoint. Yet deterring from McBurney and dulling his personality proves a crucial misstep. The crux of the story is the soldier’s persuasiveness and the way that his personality affects how the women relate to each other. 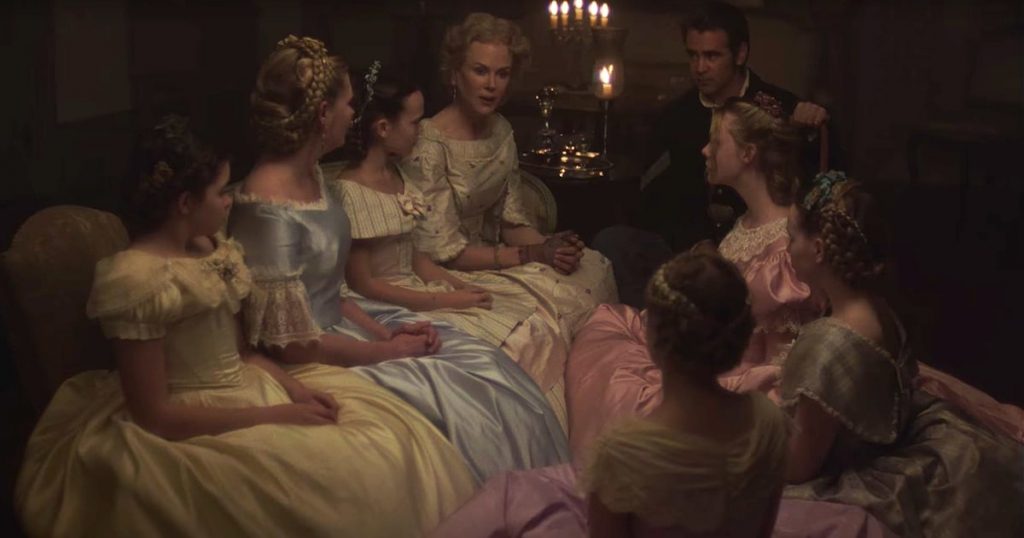 Clint Eastwood’s incredible and underrated performance made McBurney a highly original figure, an oily schmoozer whose unrelenting verbal sheen was an effective survival tool but one he could barely contain. One of the most shocking parts of the original was when he kissed a young girl; the omission of this deliberately creepy image marks the first of several story compromises.

Similarly, his attempted kinship with a black servant, where he cleverly tried drawing symmetry between their imprisonment, has also been culled. There are no black actors in the film—an absurd casting decision considering the Civil War setting and the issue of slavery. The choice has been deservedly criticised. Sofia Coppola has also cut the implication of incest between the matron and her brother, and the intercuts to cue us in on McBurney’s lies.

The characterisation, clashing relationships and flashbacks were pivotal and cohesive in showing McBurney as a sexual deviant, who consequently delivered a consistent pattern of conflict throughout the household. With a softer approach, the relationship between McBurney and the women is cleaner and duller than before, leaving some mild squabbling between the girls over their newfound crush to create tension before the derivative climax. 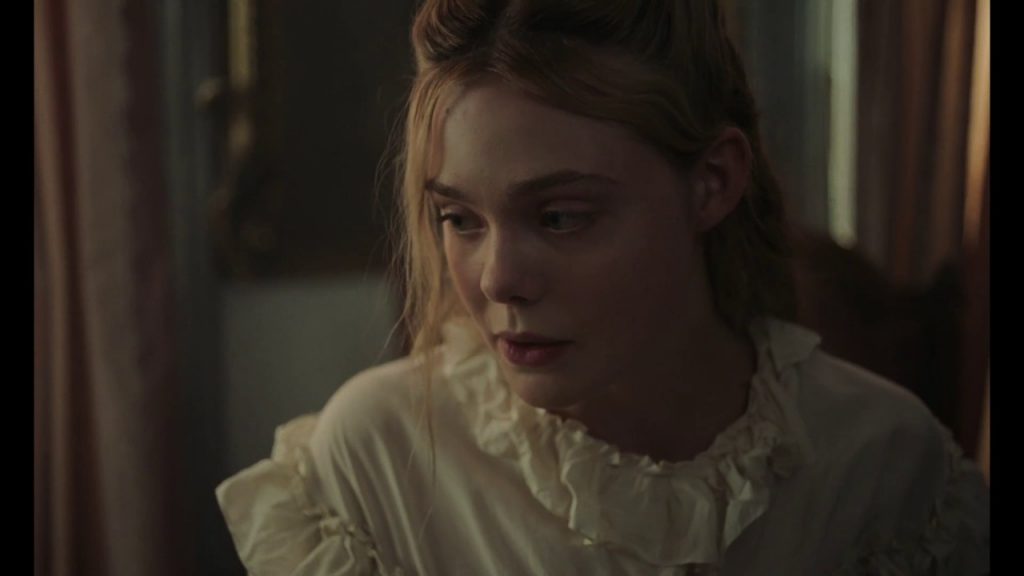 McBurney is now characterised as a sweet-talking Irishman, who makes one poor drunken decision of an evening and dearly pays for it—this is widely missing the point of ongoing temptation and punishment for all the character’s lies and sins. When he’s caught with one of the girls, clothed in this version no less, the moment doesn’t feel earned like the traceable line of sleaze in the previous character’s behaviour. Is American filmmaking so sexually timid today that a grown-up actress must remain dressed during a mostly off-camera love scene?

Another striking moment in the original was when McBurney, armed with a pistol, demanded that he sleep with whoever he wants; here the character mumbles the line incoherently, losing the moment. Softening McBurney’s oily nature threatens to weaken the thematic line, which is that for some war and survival dissolve the ethical boundaries of sex, age, race, religion and state. The plantation houses these laws but then corrodes all of them through temptation and the human desire to be free from rules.

Sofia Coppola has either deemed the original film too risky and controversial for today or failed to overcome various political boundaries surrounding sexuality that have ultimately prevented her from fully exposing the seedy underlining of these characters. If an experienced female director today couldn’t be trusted to handle this content tactfully then who could be? 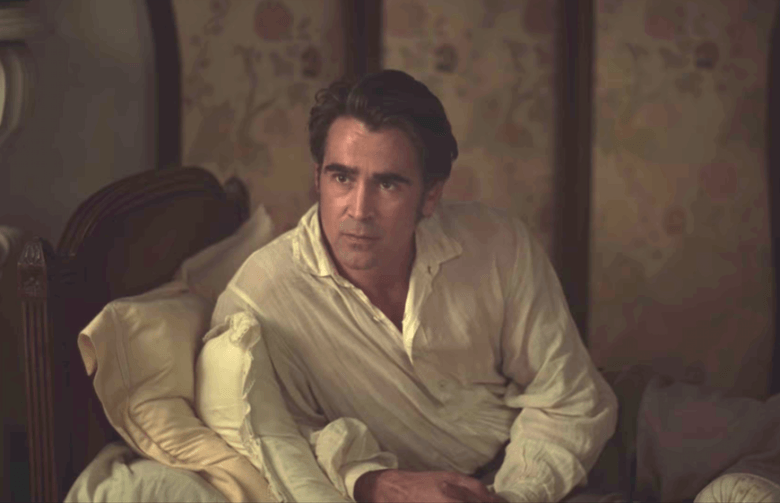 Her direction instils a moody Southern Gothic decor of dense shadows, but her individual filmic choices lack panache and energy. The camerawork is flat and one-dimensional, rarely mobile, and the lighting is overly dim, relying too heavily on the faintness of burning candles to counter the darkness of scenes.

While some shots are purposely dank, comparable to the fuzzy, muted photography of films from the Silent Era, it’s a rather drab style of realism to endure. There’s little music in the film as well, making the mood low-key and tensionless.

At the Q&A event, Coppola also expressed her excitement over including thriller elements—something she conceded was new to her filmography. Yet key scenes of tension from the original, one where two strangers come to the house and another where a group of men fight McBurney, are subdued and cut, respectively. These soldiers addressed the idea of lost patriotism where the women feel they’re betraying the state’s orders by hiding McBurney. 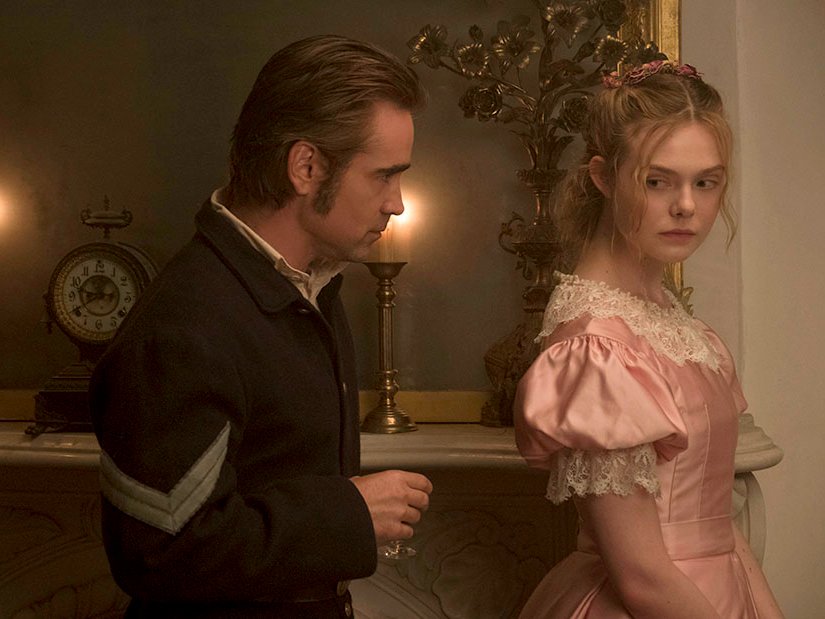 The performances are okay but unsurprising in their casting. Nicole Kidman is predictably tough and brittle as Martha who at first seems indifferent about McBurney but might have feelings for him. Some of her dramatic line readings sparked weird fits of laughter during the screening, particularly when she said, “bring me the anatomy book”, which was odd. With minimal dialogue Kirsten Dunst channels the unhappiness of Edwina that draws her to McBurney, but is otherwise limited in the depth of her portrayal.

Colin Farrell sees McBurney as charming and pleasant before his rapid decline. Yet he’s uncertain about whether he should embrace the same devilishly oily ‘fox in the henhouse’ traits of Eastwood’s excellent performance. Elle Fanning makes a good fist of playing Alice as the most forward of the girls attracted to McBurney and is again well cast.

The closeness to the 1971 film permeates the disappointment of seeing the remake’s limited artistic and political scope. While Sofia Coppola saw this as an opportunity to showcase a female-centric version of this story, her own political regression is limiting her agreeable feminist angle to white women only and then also dialling back McBurney’s characterisation. His behaviour is the catalyst for the women transcending the boundaries of their sexual desires, discovering their strength in numbers, and finding their self-worth. 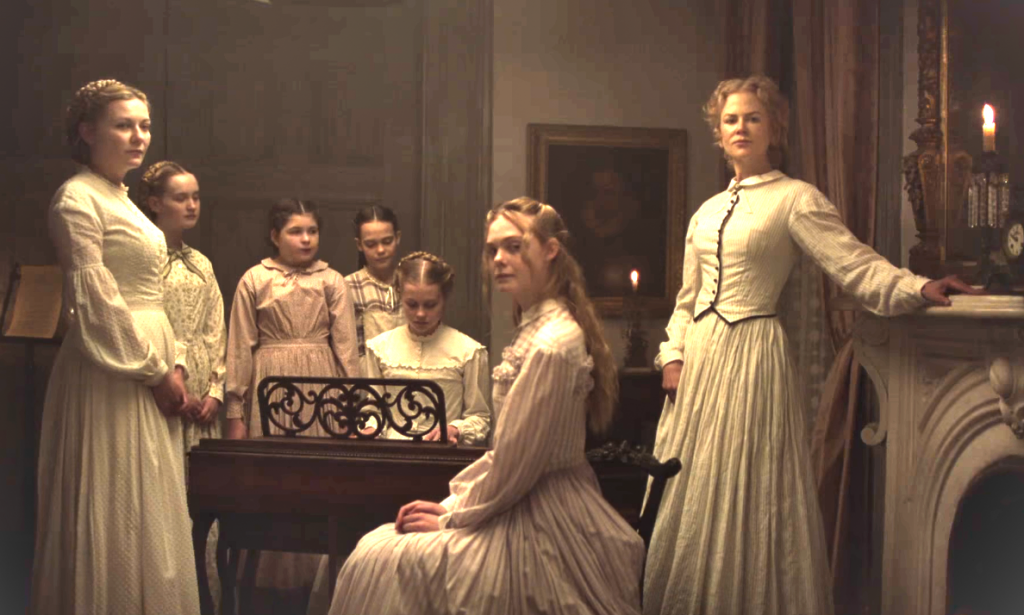 Each one feels as though they belong with McBurney, but not all at once because that undercuts their individuality. This idea came through stronger in the original because of its edgy sexual politics, befitting of the 1970s, which made the film a solid, interesting gem. Some reviews have quoted Don Siegal saying his movie was about: “the basic desire of women to castrate men”, which is admittedly dumbfounding and not how I interpreted his film at all.  Regardless, this remake is unnecessary, compromised and lacking visual flair. The original is therefore still the best version of the story and is readily available to watch on DVD.

Summary: This remake is unnecessary, compromised and lacking in visual flair. The original is therefore still the best version of the story and readily available to watch on DVD.