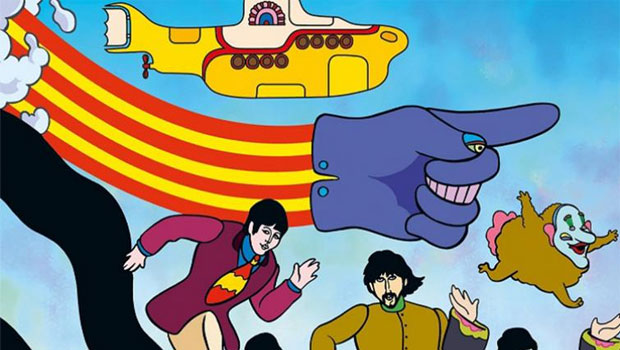 Summary: The Beatles Yellow Submarine by Bill Morrison is quite the subliminal journey!

The Beatles are a true institution and their reach still influences modern society today and Titan Comics has something really special for fans of this British pop group (aka the Fab Four)… or those wanting to learn more about the classic animated story from 1968, The Yellow Submarine. Although I know who The Beatles are and even own some of their music, I don’t consider myself a fan but when I first heard about this hardcover book from Titan Comics, I just had to know more… what on Earth is all the fuss about this yellow submarine? Did I get my answer? I certainly did… did I understand it all? Hmm… 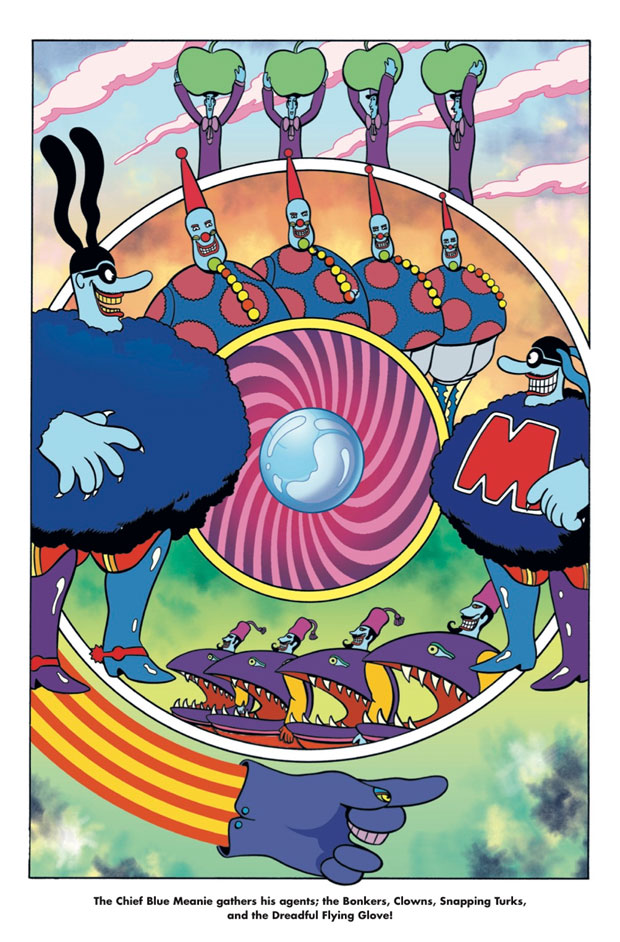 However before we get into the story, author and artist Bill Morrison is the man responsible for this graphic novel who successfully translates the 1968 animated film of the same name. Furthermore, Morrison really captures the essence of the original film and the art style used is perfect and when matched with the colours… wow… it’s quite a psychedelic experience.

Now let’s get to the story of The Yellow Submarine which is really crazy… and I’m sure when this story was made back in the 60’s, some or quite a bit of illicit drugs were used. That’s my theory anyway. However I digress, the story of The Yellow Submarine focuses on a magical and peaceful land called “Pepperland” which is made up of music and beauty and needless to say, it is a place of pure bliss. However when the Blue Meanies invade Pepperland, they start destroying the harmonies of this world and start eliminating all things good. 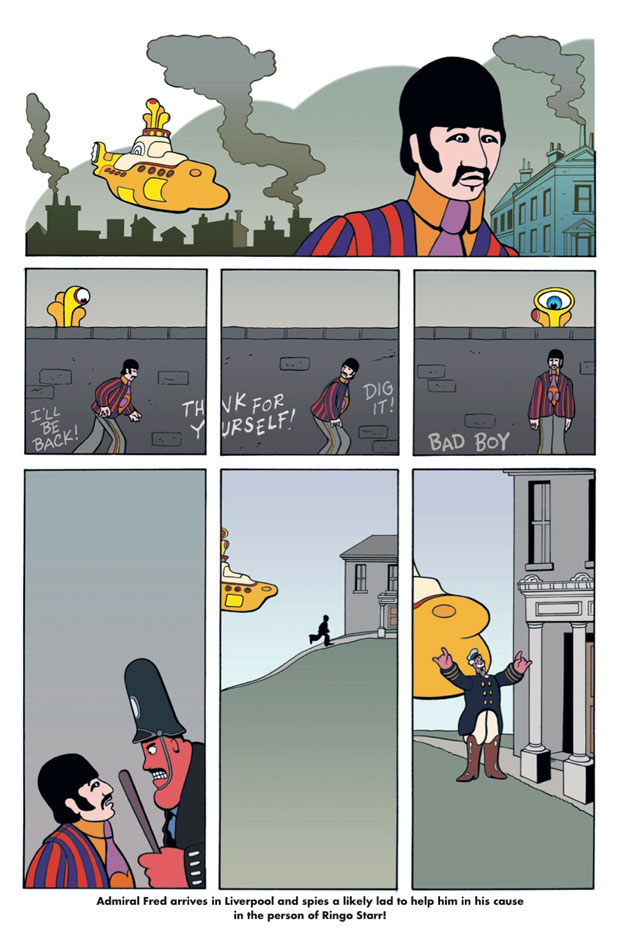 So before this world is irrevocably destroyed, one of its denizens manages escape and seeks the assistance of The Beatles who come back to help this otherworldly invasion in classic 60’s fashion. There’s also a ton of pop culture references thrown into the story and it is quite quirky that at times had me scratching my end and even smirking at the craziness yet somehow it all works. Even though this hardcover is 128 pages in length, it’s actually quite an easy read that most people could finish in just a few sittings.

Having now watched the film courtesy of finishing this hardcover, there is one thing missing from the book which probably would not have translated that well… it’s actually the classic music that includes hits such as (obviously) Yellow Submarine, Sgt. Pepper’s Lonely Hearts Club Band and my favourite, When I’m Sixty-Four. Thankfully this did not affect the story one bit and creator Bill Morrison should be commended on translating the film into comic form and not only making it a concise and an enjoyable read but more importantly, paying homage to the original source material in a spectacular fashion. 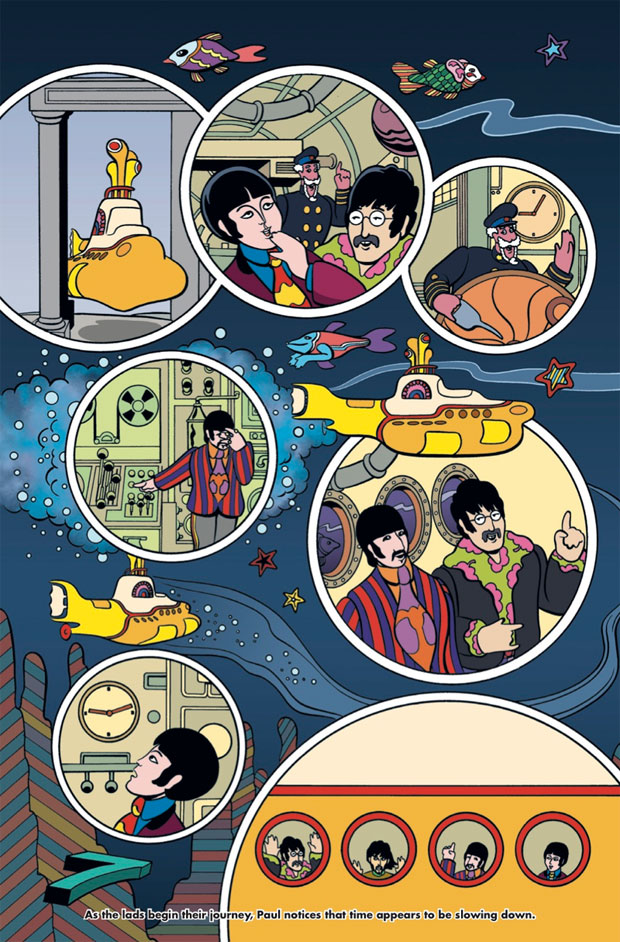 Like other hardcover comics from Titan Comics, The Beatles Yellow Submarine is beautifully presented, bound with exceptional page quality. As a result, the images literally jump out of the pages and colours really pay homage to the original film with its psychedelic effects. It definitely makes for the perfect coffee table and is one of those hardcovers that can be revisited many times.

Wow! The Beatles Yellow Submarine hardcover comic is indeed a strange yet entertaining read and if you’re a fan or curious like myself, it’s a very engaging story. 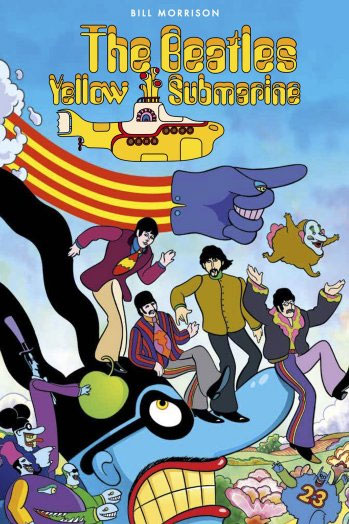