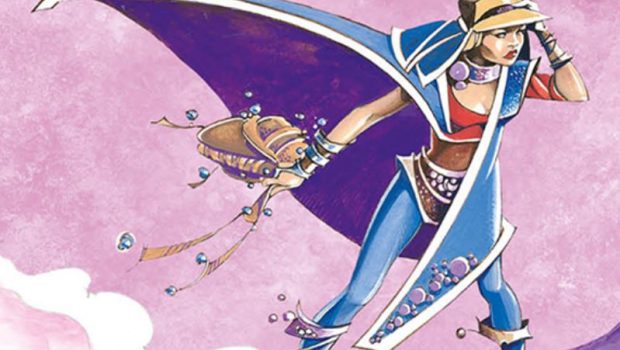 The Ballad of Halo Jones: Full Colour Omnibus Edition to be published in 2023

Where did she go? Out. What did she do? Everything…

Rebellion is proud to announce that Alan Moore and Ian Gibson’s ground-breaking feminist space opera and science fiction classic, The Ballad of Halo Jones, is to be published in a full colour omnibus for the first time.

With artwork restored and lovingly coloured by Barbara Nosenzo, and featuring extra content, The Ballad of Halo Jones: Full Colour Omnibus Edition will be published in January 2023 and available from all good book and comic book stores, as well as online retailers, and digitally through 2000 AD’s webshop and app, and on Amazon Kindle.

This radical and revolutionary series remains one of Moore’s most beloved and lauded stories and this new omnibus edition brings together Nosenzo’s colour work on the three books of Halo Jones, previously only available as separate volumes.

Barbara Nosenzo’s sensitive and enthralling colour work on Gibson’s art was a revelation when published as three separate volumes on 2018, and the omnibus is an opportunity for fans old and new to experience the worlds of Halo Jones afresh. The project was the first major English language work by the Italian colourist, who was talent-spotted by Rebellion at the Angouleme comics festival in France, and has since gone on to work on the science fiction series Deep Beyond from Image Comics.

A cultural icon and a high water mark for both science fiction and British comics, this timeless tale from the writer of Watchmen and V for Vendetta follows one woman’s journey through dead-end jobs, deadly wars, and personal tragedy, as she changes from an innocent teenager into a world-weary woman.

Described by award-winning author Lauren Beukes as her ‘first love’ and ‘first role model’, Halo is an ordinary woman in extraordinary circumstances. Trapped in a crowded housing project floating off the coast of Manhattan, a dystopian world where jobs are scarce and excitement non-existent, a bored Halo dreams of escaping out into the galaxy any way she can to rewrite her destiny.

But in a city where dangerous riots happen at the slightest provocation and even going to the shops is an ordeal requiring careful planning and a handful of zen-inducing-grenades, the price of freedom might prove to be more than she bargained for. And even when she does get out, there are challenges awaiting her in the cosmos that she could never possibly imagine or be prepared for.

First published in weekly instalments between 1984 and 1986, Halo Jones is Moore at his most inventive and empathic best, following Halo as she explores the galaxy while also, through both victory and tragedy, finding herself. It was Moore’s last work for 2000 AD before he went on to make comics history with fellow 2000 AD alumni, Dave Gibbons on Watchmen and Brian Bolland on Batman: The Killing Joke, at DC Comics.

The Ballad of Halo Jones: Full Colour Omnibus Edition will be an essential collection not just for Moore completists but for fans of series such as Saga and Supergirl: Woman of Tomorrow. 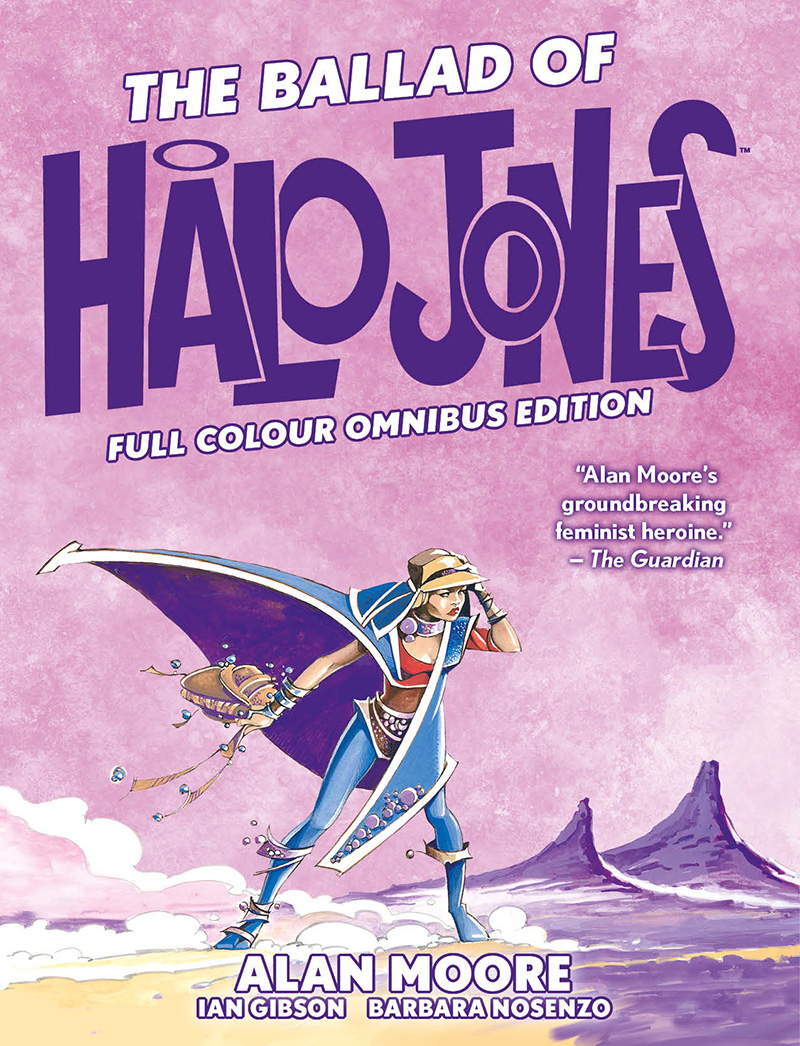