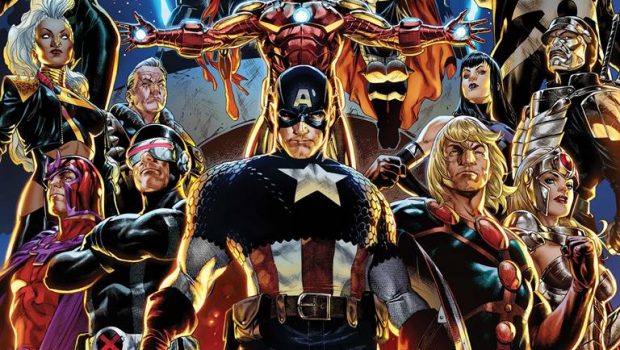 THE AVENGERS, X-MEN, AND ETERNALS MAKE THEIR OPENING MOVES IN THE A.X.E.: JUDGMENT DAY TRAILER!

Years of tension and secrets between the heroes of the Marvel Universe will erupt into an emotional and apocalyptic war in A.X.E.: JUDGMENT DAY, the latest Marvel Comics crossover event coming this summer. Written by mastermind talent Kieron Gillen and featuring the grand-scale artwork of Valerio Schiti and color artist Marte Gracia, A.X.E.: JUDGMENT DAY will be a six-issue series that will spin out into multiple limited series, one-shots, and tie-in issues of your favorite ongoing series. The extraordinary odyssey will tie together radical plot developments that have been brewing in the pages of AVENGERS, ETERNALS, and X-MEN titles and leave a monumental impact on these three factions and their relationships with eachother moving forward.

The Avengers have become a more powerful global force than ever from their base inside a long-dead Celestial. The X-Men have achieved a form of immortality on their utopian island nation of Krakoa. And the Eternals have begun a new cycle of life as they continue their sworn mission to eliminate the Deviants. But when the Eternals learn that mutantkind itself is a form of excess deviation, a vicious assault on Krakoa ensues – with Earth’s Mightiest Heroes trapped in the middle. Get your glimpse at the opening battles in the all-new A.X.E.: JUGDMENT DAY #1 trailer, featuring never-before-seen artwork. 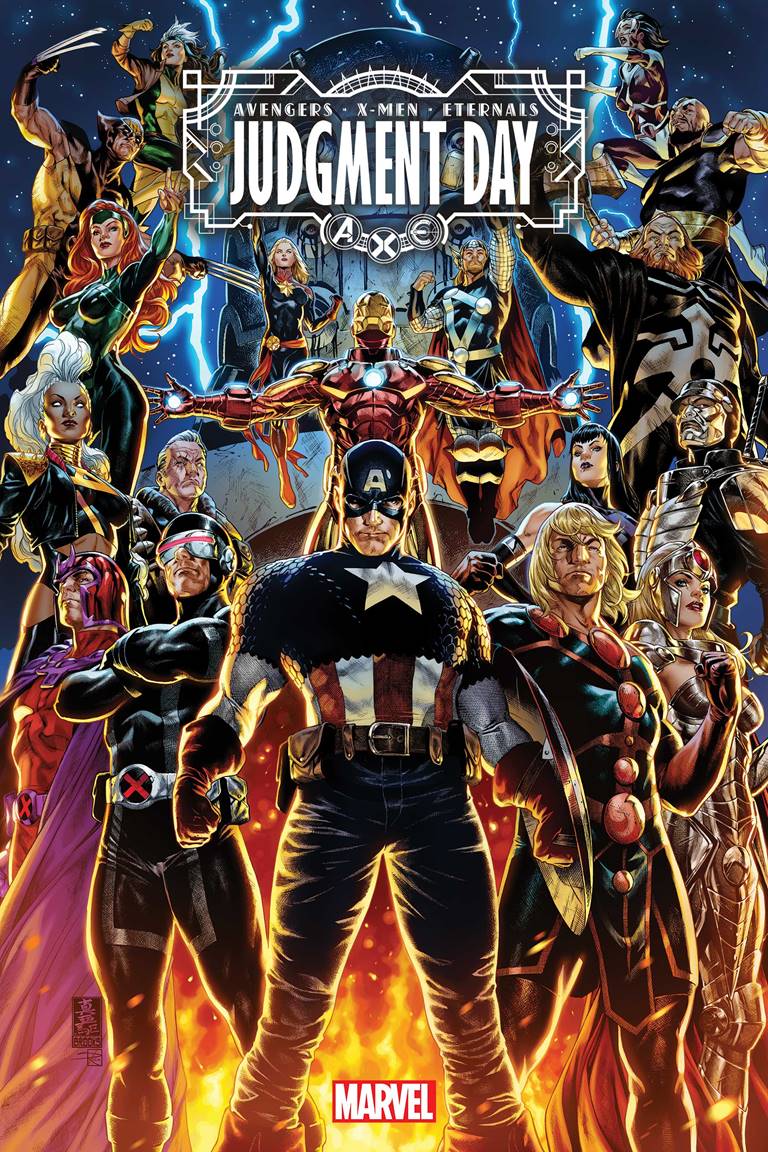 “Honestly, for me, speaking as a reader as much as a writer, there’s nothing worse than an event that comes out of nowhere,” Gillen said in a recent interview with Popverse. “It had to come from the books. So yeah, I was looking at the Avengers, what Jason [Aaron] has built in the mythology there. I was looking at the X-Books, the secrets of Krakoa coming to light, and I was looking at what I was doing in Eternals, which dances with both of them, the various tensions in Eternal society there. And now, that’s stuff going to blow up. It’s just that kind of ‘Oh, look, these are three logical strains that are intersecting, let’s then bring them forth and see what happens with them.'”

Check out the new trailer now and be there for the latest Marvel Comics epic when A.X.E.: JUDGMENT DAY #1 arrives on July 20. And don’t miss the exciting buildup in a special prelude issue, A.X.E.: EVE OF JUDGMENT #1, as well as current issues of AVENGERS, ETERNALS, IMMORTAL X-MEN, and X-MEN.