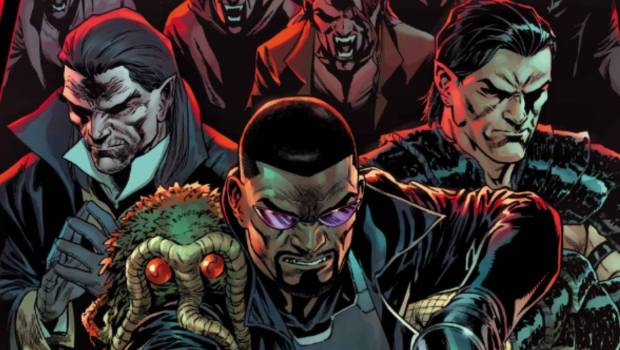 THE AVENGERS JOIN THE BATTLE AGAINST THE KING IN BLACK

Now fully underway, Donny Cates and Ryan Stegman’s KING IN BLACK has taken the entire Marvel Universe by storm. And in April, the year’s most talked-about event will explode in the pages of Jason Aaron’s AVENGERS. Featuring art by Luca Maresca (Marvel’s Spider-Man: The Black Cat Strikes), AVENGERS #45 will star Blade and a vampire army taking on Knull’s forces.

The vampire hunter has been at the forefront of battles throughout KING IN BLACK and now the vampire hunter will pay a dark price that will change his world forever. Setting up Blade and the Avengers for what’s to come, AVENGERS #45 is a key chapter in the King in Black saga that fans won’t want to miss. Check out the cover by Cory Smith below and pick up the issue when it hits stands in April. For more information, visit Marvel.com.