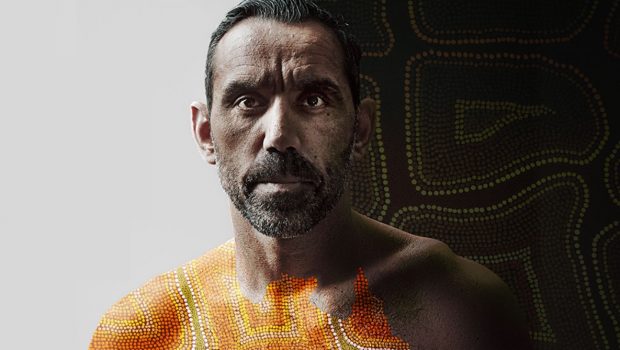 The incredibly moving documentary The Australian Dream recalls a quote from the late film critic Roger Ebert. He once described cinema as ‘an empathy machine’ because he believed it generates unique human experiences and allows us to become immersed in other people’s lives. At the movies, we become more understanding of cultural and social issues that were once foreign to us. Dream vividly articulates the racial trauma of Indigenous Australians, specifically former Australian of the Year and retired AFL star Adam Goodes. After seeing the film, only the most closed-minded person would fail to empathise with Goodes’ pain and the trauma of other Indigenous Australians. One can also imagine overseas filmmakers, such as Spike Lee, Barry Jenkins, and Raoul Peck (I Am Not Your Negro, 2016), being riveted by the racial conflict and the illustration of being a person of colour in Australia today.

The film’s meaning and power is enhanced by taking an incident of abuse and juxtaposing it with Australia’s torrid history of racism to form an expansive personal journey. Dream outlines how Goodes was a talented AFL player who lacked self-confidence. Once under the wing of his former Sydney Swans coach, Paul Roos, he became embedded in the club’s history. The culture of the Bloods within the Swans provided him with a sense of belonging he always desired. His dedication to the Swans was summarised by his Grand Final heroics. Before halftime in the crucial match, he suffered a knee injury. He told the coaching staff at the break that he was fine and continued playing deep into the game. His decision and his toughness were pivotal in helping the Swans win the competition.

Despite his talent and bravery, Goodes was racially abused in 2013. It was the first time in years he had been attacked. He faced the crowd and confronted a thirteen-year-old girl who had called him an ‘ape’. He told security to have her removed from the stadium. While distraught, Goodes offered to make peace and urged for her to be supported. However, conservative commentators and bigots, such as journalist Andrew Bolt, Sam Newman, and Eddie Maguire, twisted the incident against Goodes. They blasted him for supposedly attacking the girl. Consequently, terrible racial comments were posted online, and Goodes was loudly booed by crowds during future matches. Despite being named the 2014 Australian of the Year for combating racism, the booing continued. The abuse led him to prematurely quit the game and become isolated from his wife, Natalie.

Dream, written by Indigenous journalist Stan Grant and directed by experienced British filmmaker Daniel Gordon, brings new insights to these events. Gordon has made several sporting documentaries, including ones about soccer teams in North Korea. He utilises conventional documentary techniques, including on-camera interviews, historical photographs, and archival footage, but he also employs a highly sophisticated editing system. He and Grant intercut Goodes’ story with reflections on how racism has been ingrained in Australia’s culture since Indigenous Australians had their land stolen from them. 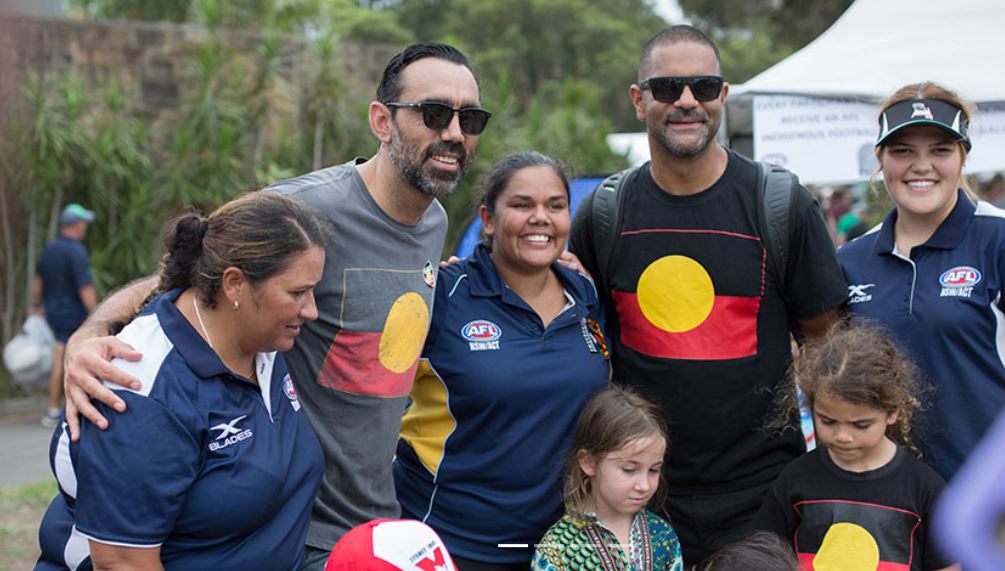 The juxtaposition sees the past and present collide in disturbing but meaningful ways. For example, over footage of people enjoying Australia Day, Goodes says it is ‘the worst day of the year’. The failure to acknowledge genocide and the stolen land angers him. The film then shows historical photographs of Indigenous people in chains to underline the trauma and says they were sent to reservations to die. We are also reminded that the Australian Constitution currently says, ‘terra nullius’ (‘nobody’s land’). It fails to acknowledge Indigenous people as the country’s rightful landowners. The filmmakers credibly argue that these examples of racism were mirrored in the indefensible booing. The jeering echoed colonial threats to isolate and displace a person of colour and assert a dominant and aggressive white environment.

The extremely confronting material is humanised by honest and powerful interviews. Former AFL player Nicky Winmar recounts the events leading to his iconic photograph in 1993, and Goodes and Grant bluntly describe how racism makes them feel. While people dismiss insults as merely words, Goodes says, ‘it makes us feel like shit’. A wide angle shot of him facing the Sydney Harbour Bridge reflects his displacement and his loneliness. It is also disturbing when former politician Nova Peris recalls her time as an athlete. A colleague said to her, ‘pass the salt, n***er’. Their excuse that they didn’t know it was offensive still leaves her shaken and in disbelief. While speaking on camera, Grant himself argues that Goodes was booed because he made the mistake of being, ‘the black man who complains’. The line perfectly dispels the terrible excuses trolls use, such as Goodes being ‘a sook’ and that he was not booed because of his skin colour.

The feeling of displacement continues to filter throughout a deeply emotional interview with Goodes’ mother. Together, they reflect on the time he participated in the SBS programme Who Do You Think You Are?. She recounts being a child of the Stolen Generation who was taken from her mother. Just as she was displaced from her family, Goodes was bullied out of the game he loved because he dared to remind bigots that he was a person of value. Thankfully, Goodes’ Indigenous friend and teammate, Michael O’Loughlin, provides much-needed levity. While people laughably complained about Goodes performing a traditional war dance, O’Loughlin quips that he left out a couple of good dance moves. The film uses these interviews to incredible effect because the Indigenous people memorably articulate what it feels like to be a person of colour confronting timeless racial abuse.

The Australian Dream is brutal, affecting, and insightful. Rather than recalling one terrible event, the trauma is expanded into an intense personal journey that confronts challenges of the past and present. Gordon’s only mistake is including several false endings before reaching the finale. Perhaps the film’s longevity typifies the endless sense of inferiority and judgment people of colour face. It is what Grants calls ‘the howl of the Australian Dream’, the feeling of being unsafe, never being good enough, and being displaced by white people. Sadly, this displacement was recently typified in an interview with The Sydney Morning Herald, where Goodes said that he doesn’t watch the AFL anymore. ‘There’s nothing, today, that excites me, or that makes me think I would like to be back in AFL circles. I have no interest’, he conceded. Nonetheless, if racists watching this film fail to see the hurt they are causing, what hope is there for them? The frankness of the interviews and the sophisticated editing style should allow them to conjure some understanding and empathy for the film’s delicate subjects.

Summary: The Australian Dream is brutal, affecting, and insightful. Rather than recalling one terrible event, the trauma is expanded into an intense personal journey that confronts challenges of the past and present.