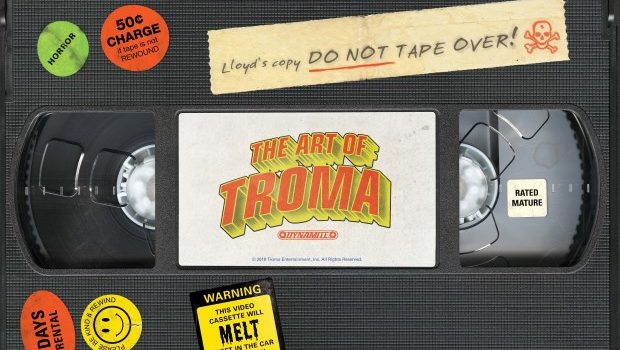 The Art of Troma Book Review

Summary: The little studio that could, but never stopped to ask if they should?

The movie industry is known for major studios, your Paramount Studios, Twentieth Century Fox and so on. Sure these studios put out plenty of movies and grab a lot of attention… but where do you go when you are tired of the big budget special effects bonanzas? Why Troma studios of course… the little studio that could but did anyone ever ask if they should? For over forty years Lloyd Kaufman has been unflinching in his quest to put out his own style of movies and to support others who share his uniqueness in the world of cinema. Collected here is the story of Troma, how it came to be, how it survived and how it continues to exist despite the massive changes in the movie industry. 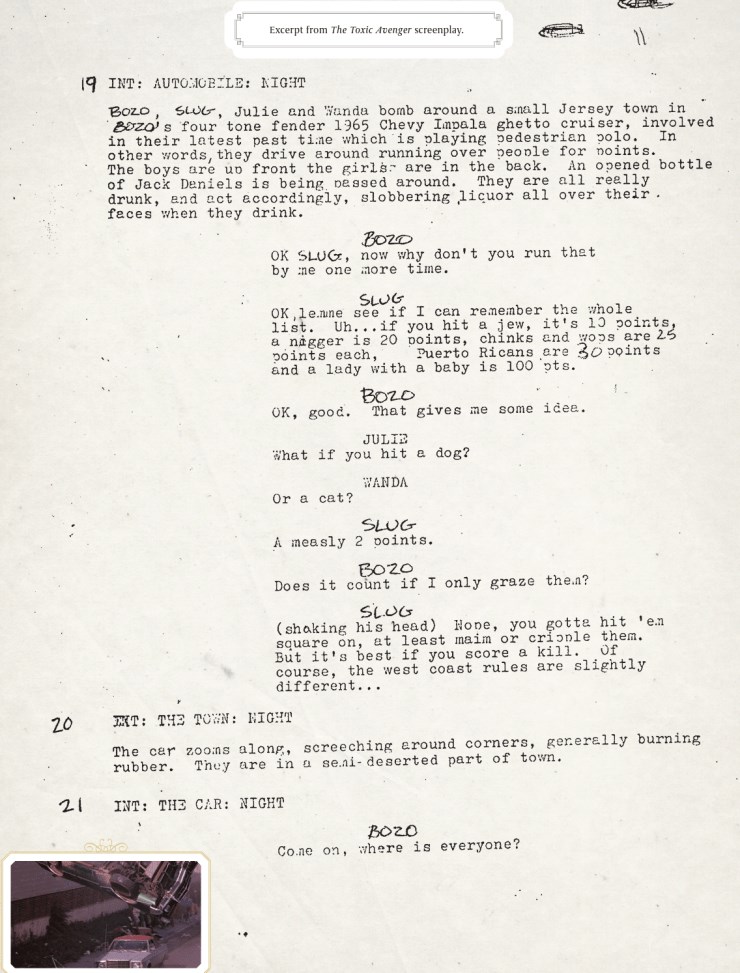 I’ve known of Troma for some time and have seen a number of movies they have put out… but I hadn’t really known the story of their birth and growth, until now. It is quite interesting to read that sometimes all you need is just stubborn determination and an attitude that runs along the lines of “I don’t care what anyone else says… I’m going to make what I want and to hell if it’s successful or not”. The reality it seems is that in a world with a population ever rising in the Billions, the question was never “is there anyone else who will enjoy what I have to show”… it was always “how can I get this in front of “my people”?”. We learn just how Lloyd and his clan of supporters (enablers) managed to not just put out movies… but to some how thrive in their own right. 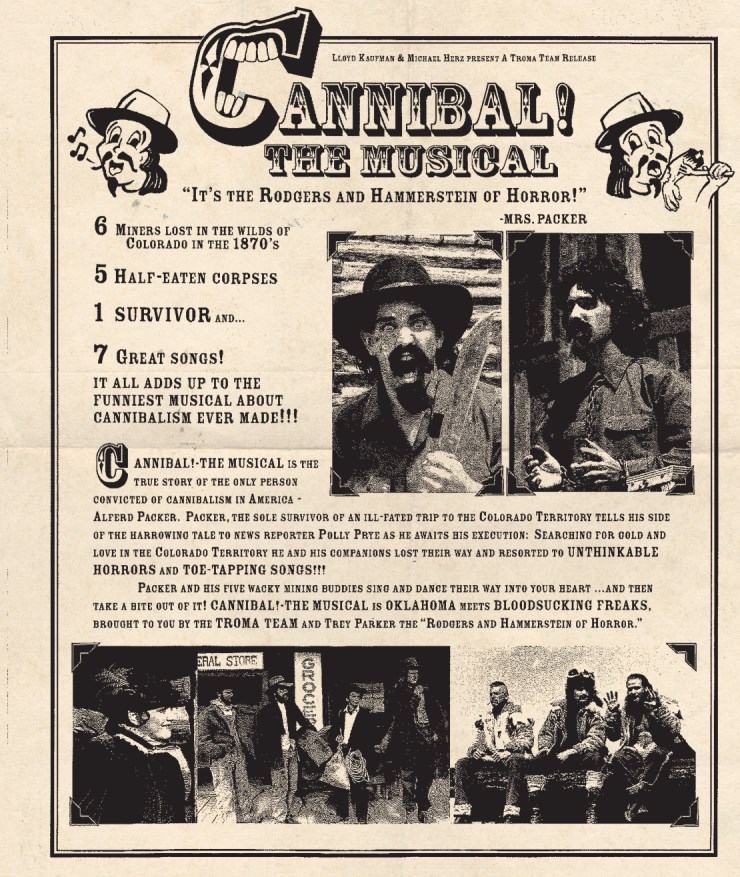 Big budget movies are generally known for their polished look, low budget and independent movies tend to work within their limitations to attain a high quality look but still show their budget restraints. Troma knows they don’t have a lot money to put into their films… but rather than letting that be a negative… they some how make that a positive and arguably a part of their aesthetic. Though it’s often said “don’t judge a book by it’s cover”, we all frequently do let first impressions guide our opinion of things… movie’s are no exception to that notion and Troma were very lucky to have the immensely talented Tricia Zimic creating cover/poster art for their movies. If you were around in the heyday of VHS, one of the things you would be very familiar with is the box art… painted idealized images trying to encapsulate what the movie is about. Tricia was the Drew Struzan of Troma, sure the themes of the movies were quite different to what Drew was used to working on… but Tricia found the thrills and excitement of each movie and drew the viewers in. 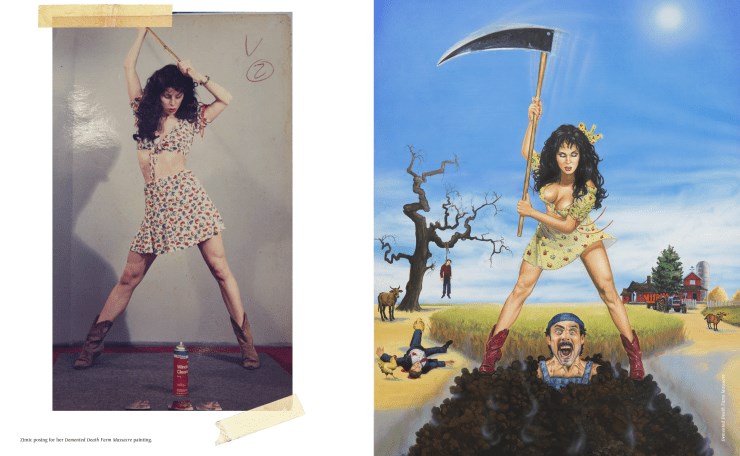 I’m somewhat conflicted about Troma… on the one hand I really appreciate and respect their “can do” attitude and ability to make movies despite the odds. But at the same time, some of the things they have put out have been beyond “humourous” over the top gore and seem to be more “torture porn”. Perhaps it’s just my dislike of that style but it does make me a bit uneasy. Having said that… a lot of what Troma puts out is indeed over the top silliness that doesn’t take itself seriously and there’s a lot of fun to be had there. It would be easy to dismiss Troma as simply a low budget studio but to give them credit… there is a difference between scraping money together and making a movie… and scraping money together and making a movie people want to watch. There’s a fine line between a “bad movie” and “so bad it’s good movie”… Troma may not always land on the right side of that line… but they probably won’t care either. If you film it, they will come! 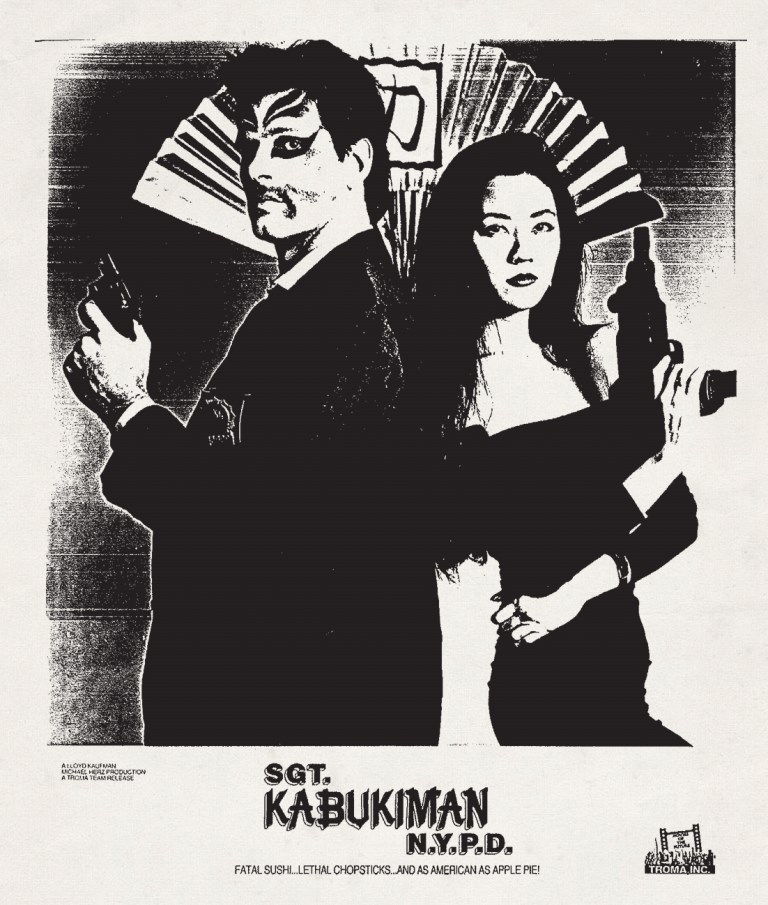