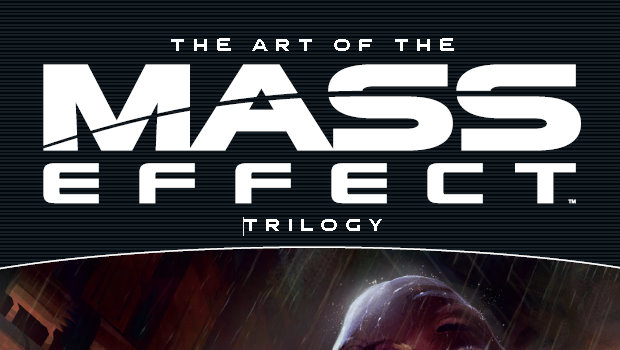 Summary: Everything old is new again, with enhanced editions of the games coming out, it seems only fitting that The Art of the Mass Effect Trilogy be released in it's own enhanced edition.

Game art books show just how similar to movies the art form is. From pre-production through to the nailing down of character design and imaging the “sets” that games will take place in, these books show just how much work goes into making some of the worlds we love so dearly. The Art of The Mass Effect Trilogy Expanded Edition takes the former release and adds extra material (no doubt to coincide with the enhanced editions of the games) so fans can dig even deeper into the creative process that brought this fantastic universe to life.

Each section of the book is accompanied by some context, a little descriptor of how the images fit into the development of the Mass Effect universe. Notes explaining where the creative team was heading originally compared to where they ended up or references used for influence in characters and locations all give a great incite into the process used to flesh out the game world. The book is broken into sections so it can take readers/viewers through the evolution of the series and as it does so, the notes explain the changes made from one iteration to the next and why some of those decisions were made. It’s great material for anyone who wants to try their own hand at world building because there are elements there that can really get your imagination flowing as to what aspects you need to consider when trying to develop a whole living world.

Obviously this is the main reason people want art books and here we are given around 260 odd pages full of character studies, location building and weapon designs. For me some of the most interesting parts of these books is the comparison images of creature/character designs from early concept through the various iterations before finally coming to their familiar form. There’s no doubt a lot to be learnt here for artists and designers, techniques to bring out different elements of a creature, aspects to focus on and to use to tell their own story visually.

If you have the previous edition of this book I’m not sure how much more value you’d get purchasing this version… but if you are a die hard fine you may find it hard to resist having the most comprehensive edition on offer. If you are a fan of the series, this is a great walk down memory lane and a great inspiration to jump back into the games (again… no doubt some of the intent given the release of the enhanced editions). Personally I am itching to get back into the Mass Effect Universe and the fact that I can get a different result to my last play through makes that extra enticing… but it’s seeing these characters that I know and love that really has me wanting to go back to that world and that is in large part due to the fantastic artists that have worked on developing these characters and the world they inhabit. If you are an art lover, game designer or just a fan of the series… this is a great book to add to your library.