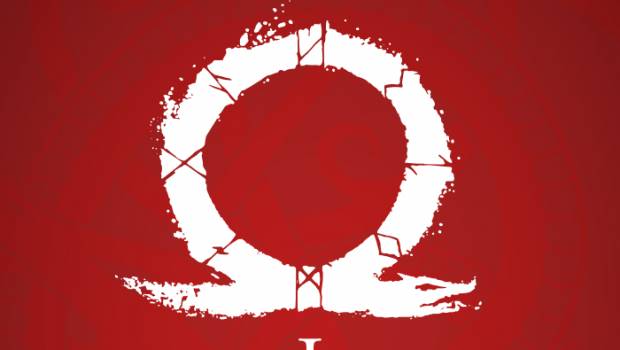 The Art of God of War Review

The Art of God of War Review Jeremy Carr

The Art of God of War

Summary: A collection of art that came to be God of War.

In March of 2005 Santa Monica Studios and Sony Computer Entertainment released God of War of the Sony Playstation 2 console. This brutal hack and slash adventure took us on an epic journey through Greek Mythology spanning many sequels. Now 13 years later these two studios are back at it again with the new God of War on the PS4. This epic tale leaves its Greek mythology roots behinds and ventures into one of my personal favorites of Norse Mythology. 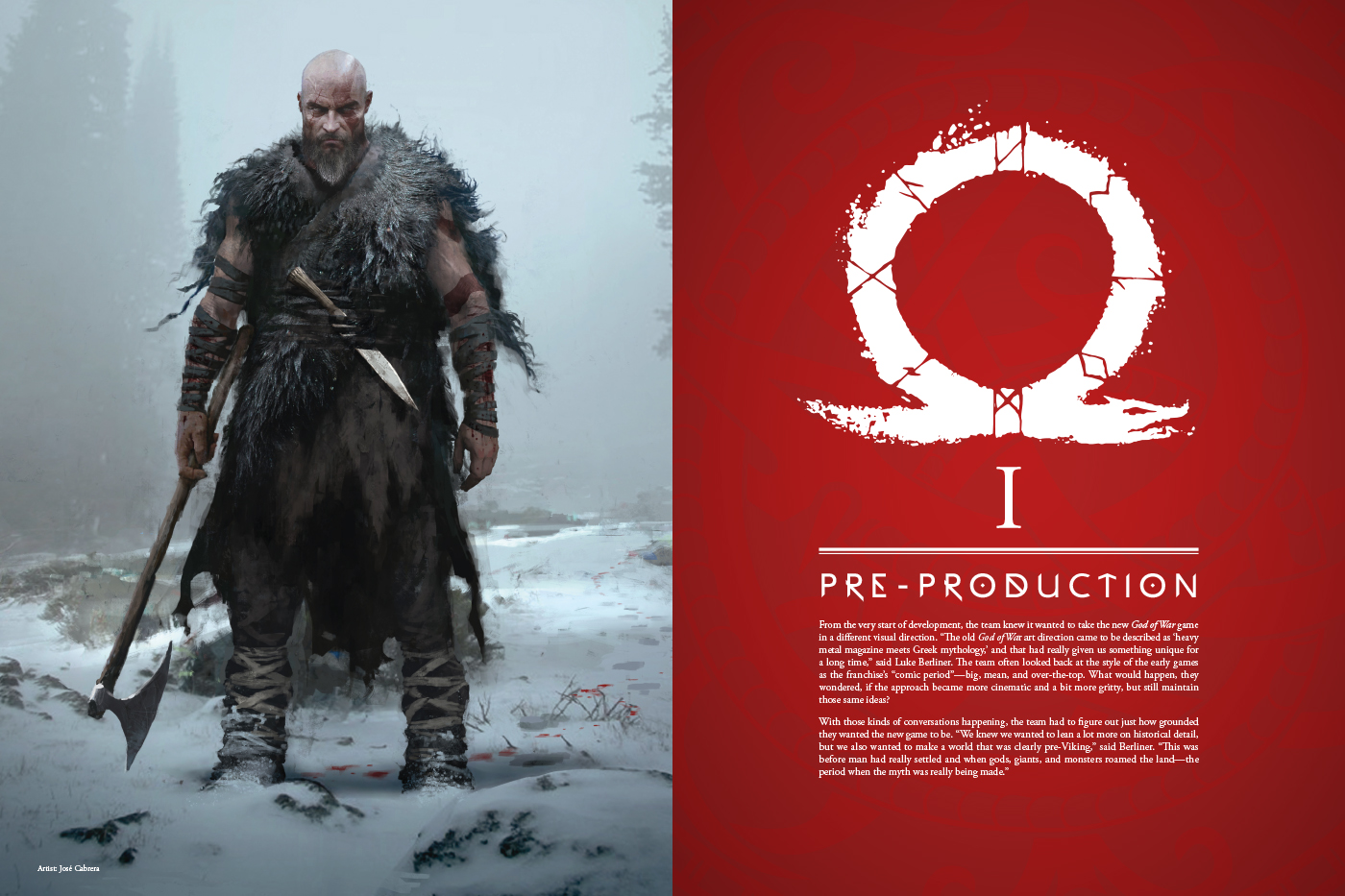 Being a huge fan of this series I got the privilege to take a look at the Art of God of War, a collection of art pieces that were used as the set pieces of this game. From the very first page I was blown away at the beautiful art this book contained. I’ve said for years that some video games are just works of art themselves and if anyone argues that fact I challenge you to hit that person in the face with this book. Metaphorically speaking of course, I don’t condone physical violence, but hit them with this book and let the pages speak for themselves. 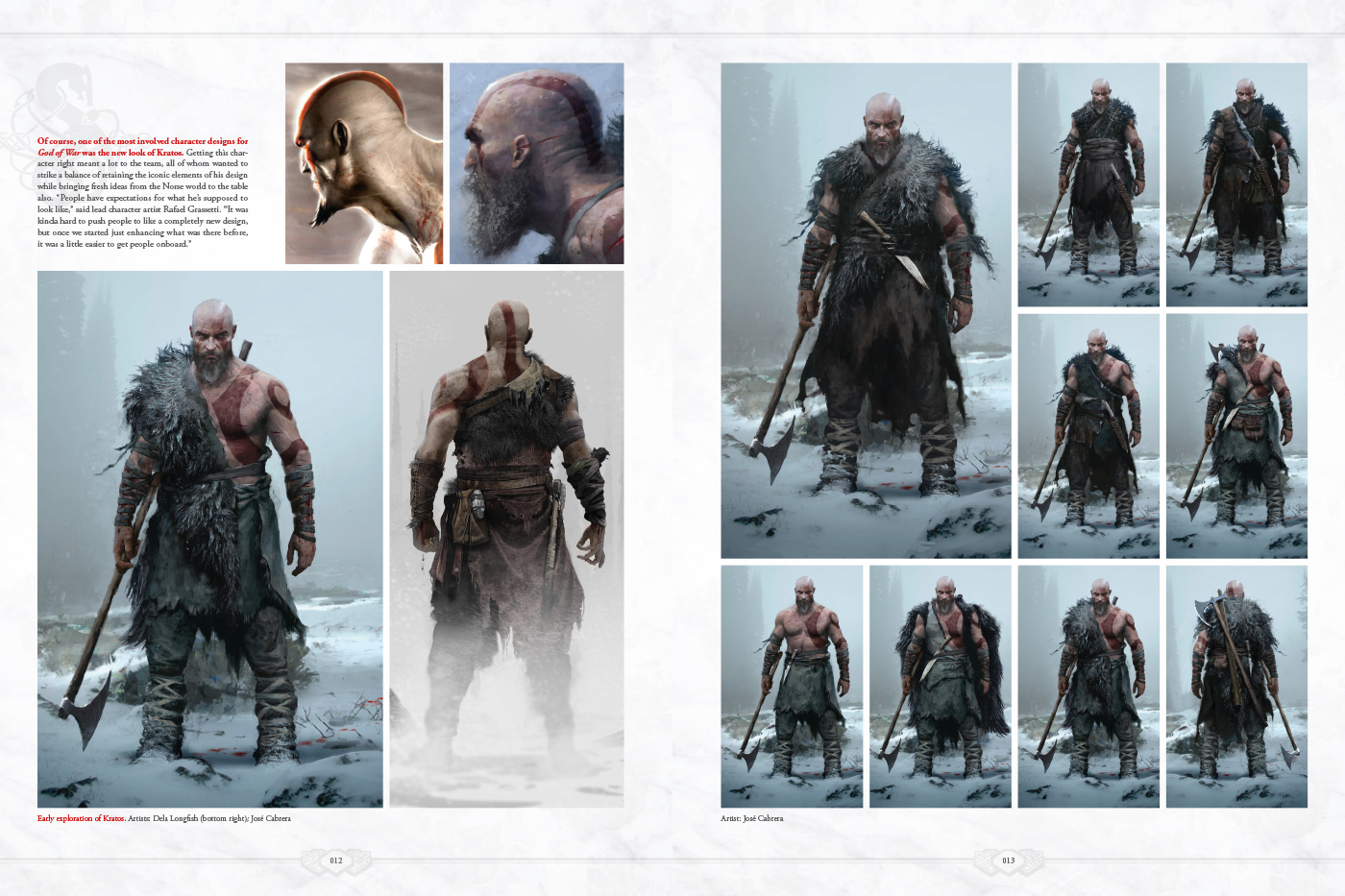 Something I really appreciated about this book was not only was it just a collection of various artists that worked with this team, but also a chronicle of the birth and inspiration for this team.  May pages contain little behind the scenes of the decision this team made to complete this game. From the first ideas laid out, to the completion of the game. It’s like having the special features from a Blu-Ray displayed nicely into print.

One thing I cannot stress enough about this collection is the absolute beauty these pages hold, often left in awe at the concept work these artists placed together. Many of these pages I would to have printed onto canvas and have them hanging in my home. The art was THAT good! Better than some art I’ve actually seen hanging in museums. There are so many artists that worked on this project and I could spend a long time naming them all, but one artist that I feel really deserves recognition is Jose Cabrera. This art truly captivated the experience that this game would become. 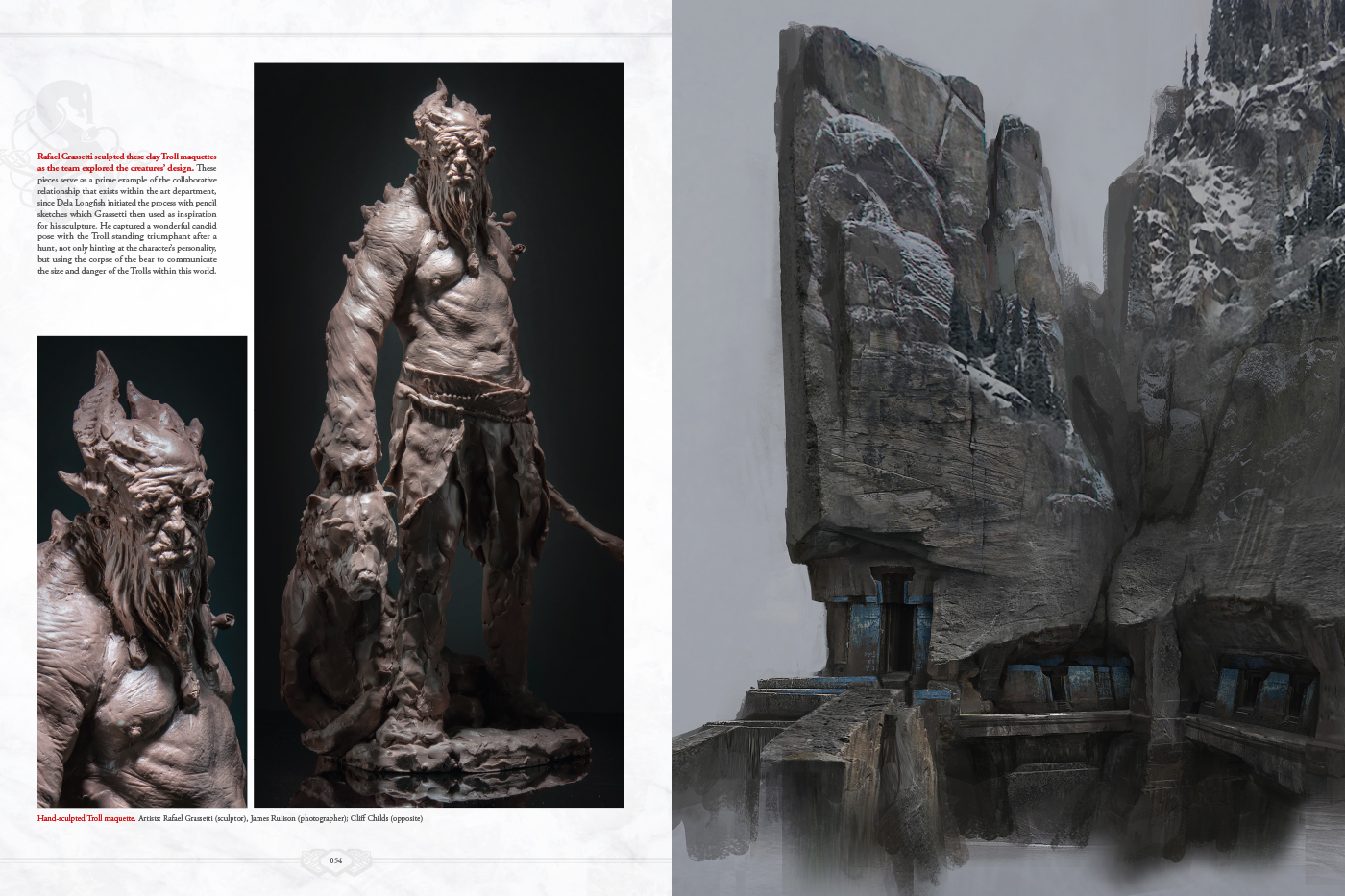 The only complaint I have about this book, and it’s not even a bad complaint, is that the art is catching to the eye, that you often forget about the stories and inspiration the book is giving to the reader. Like I said, not that it’s a bad thing but the writing in this book is shadowed by beautiful art before the reader’s eyes. There is a page where they discuss why they decided to design a box the way they did, I mean come on, it’s a box. I don’t really think you need to validate that decision; there is so much life in these pages that a box is so insignificant. Not to take away from the creators or artist, but come on… a box.

This book as is an absolute must have for any fan of the God of War series, and I would say even for anyone that is a fan of art period. It felt like more than just a video game collectable. It felt so vibrant and full of life, giving credit to people I feel like get overlooked when people talk about the creative teams behind their most beloved games. This book easily deserves a 5 star rating and I encourage anyone that enjoyed the game to take a moment and get lost in the beauty these pages hold.

The Art of the God of War is written by: Evan Shamon