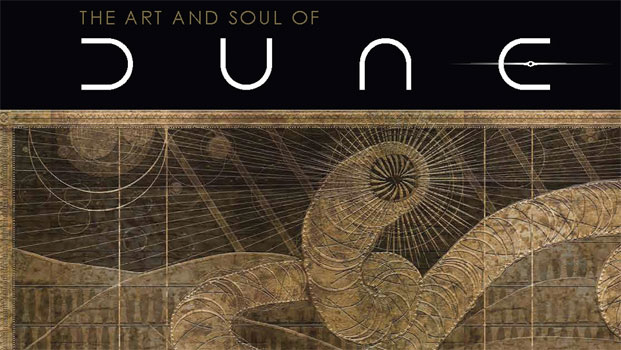 THE ART AND SOUL OF DUNE BOOK REVIEW

Summary: The Art and Soul of Dune is a must read for fans of the sci-fi and the new film!

The Art and Soul of Dune Book Review: Dune is not only an institution but part of the sci-fi modern mythology which has spawned a myriad of stories on different mediums from books, video games, comics, TV and of course film. The latest rendition of Dune comes from master director Denis Villeneuve (Blade Runner 2049, Arrival) who revisits the Frank Herbert classic in his latest film that takes the ideology to a totally new and epic level that also revitalises the franchise.

Unfortunately due to COVID-19, its global release has been unstable, including the film being made available on HBO in the US which was a contention point for some. Nonetheless, it was one of the most anticipated sci-fi films of 2021 and its escapism is much needed in our pandemic world. The film will be released in Australia on 2 December 2021 but I’m all for spoilers!

This book, The Art and Soul of Dune is written by producer Tanya Lapointe and in essence is a celebration of the film that showcases its initial concepts to the final release which provides a great overview into its creation, including behind-the-scenes on how this epic was brought to life. The book is also beautifully presented with thick and vibrant paper stock as you see these concepts come to life, including the state of the art digital effects that helped create these alien worlds. Furthermore, the book boasts exclusive interviews with key members of the cast and crew such as Denis Villeneuve, Timothée Chalamet, Rebecca Ferguson and Oscar Isaac to name a few.

Initial sandworm sketches were reminiscent of sea creatures such as whales and sharks. “There’s something magical about imagining it as a blue whale” says concept designer and storyboard artist Sam Hudecki

The book boasts an insightful foreword by director Denis Villeneuve with an introduction by Brian Herbert and Kevin J. Anderson who all discuss their passion for science fiction and of course Dune. I also like how Villeneuve discusses his love for the work of Frank Herbert and how he wanted to do his story justice in a modern world. Interestingly, we learn the catalyst of Dune from the introduction where Frank Herbert charted a plane to fly over the sand dunes of Oregon that with his imagination spawned the universe of this amazing sci-fi mythology. 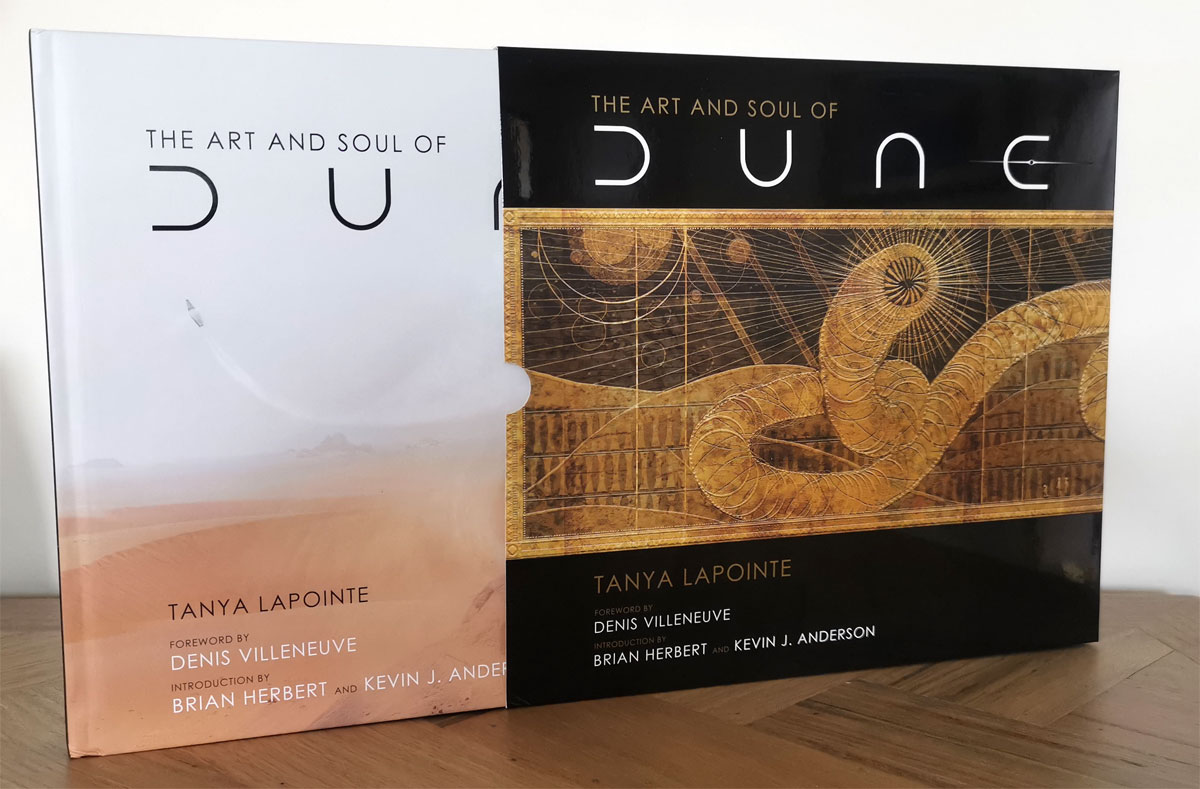 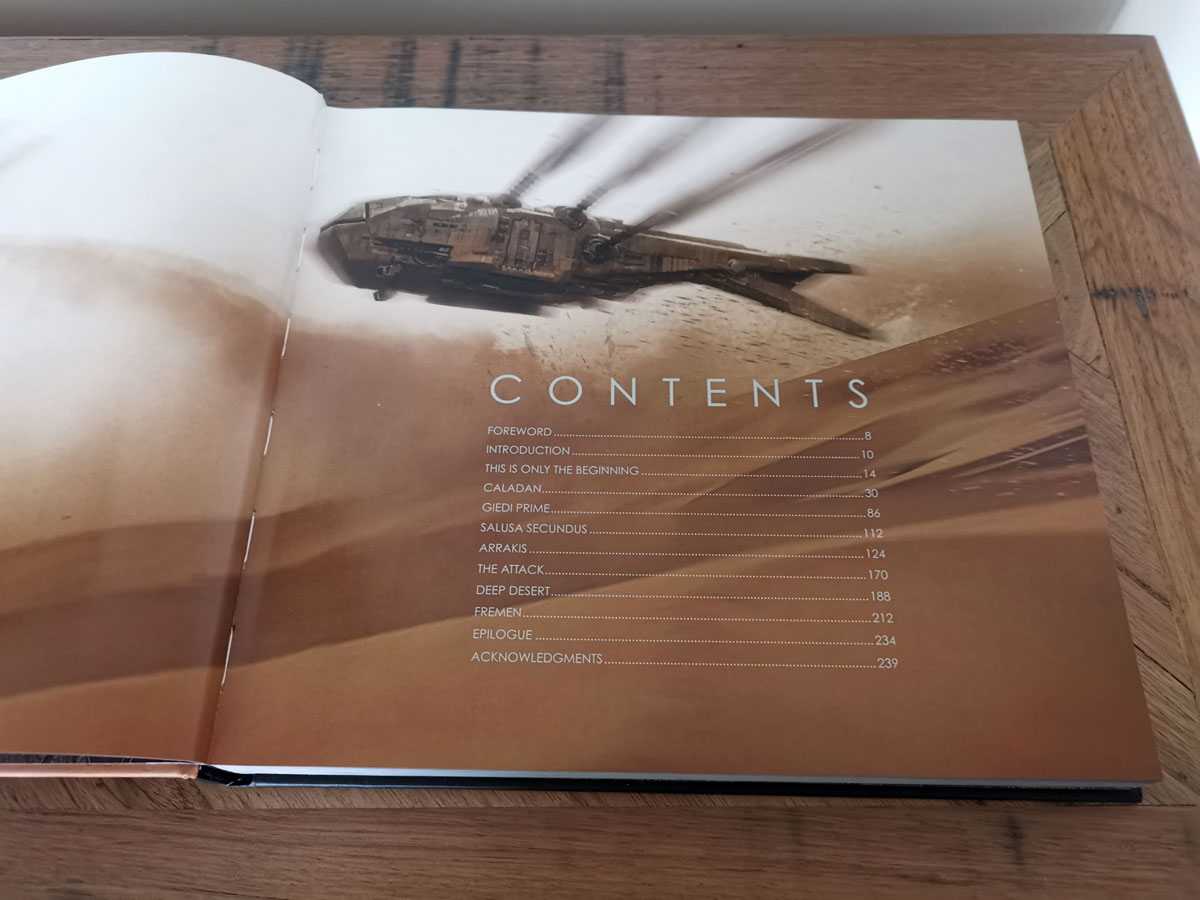 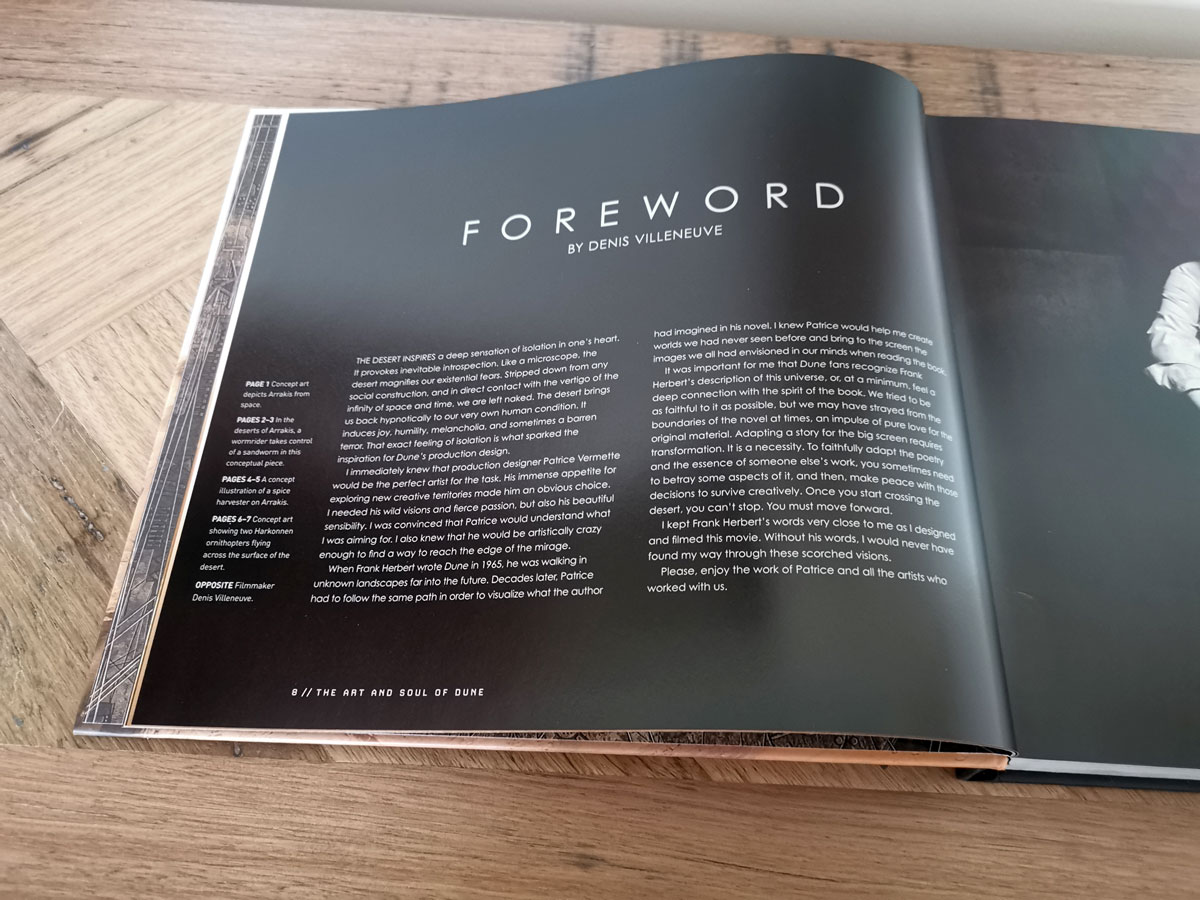 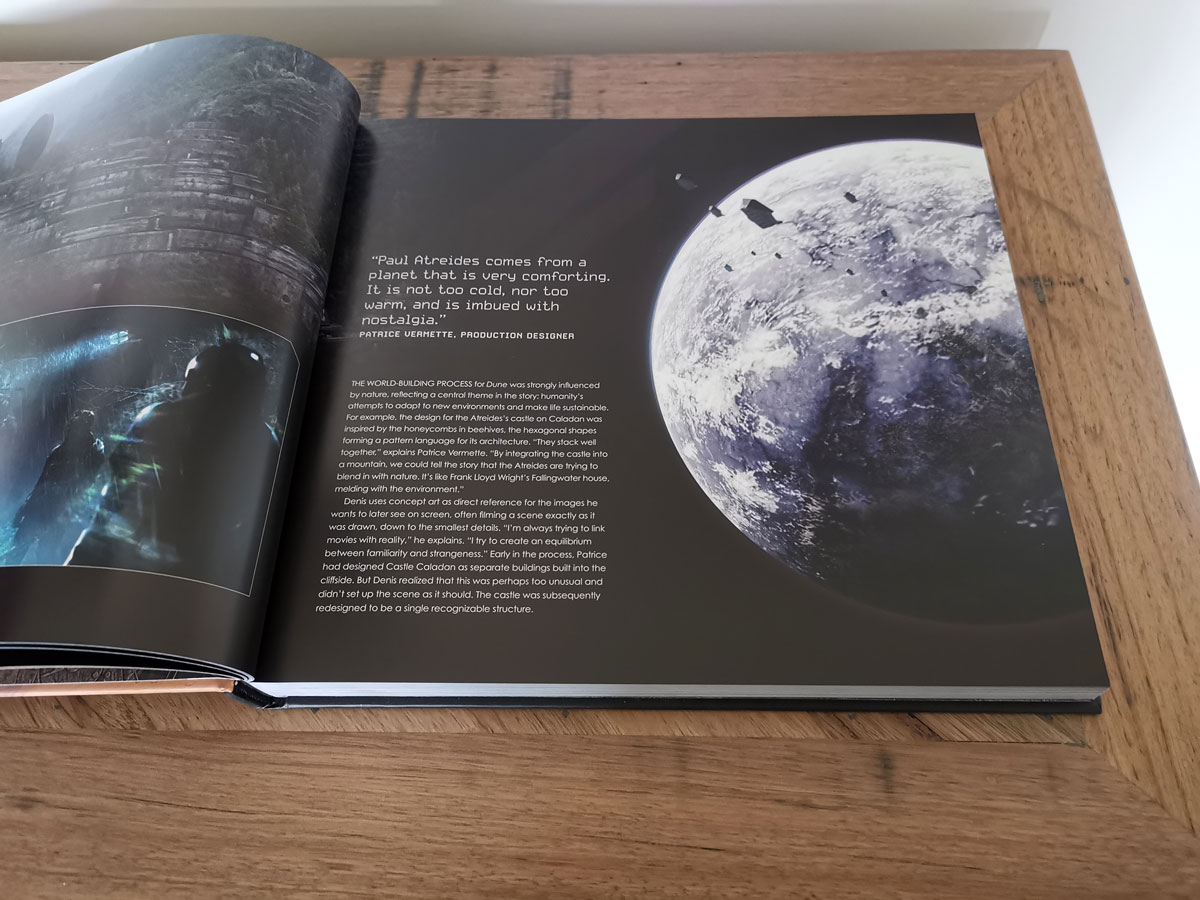 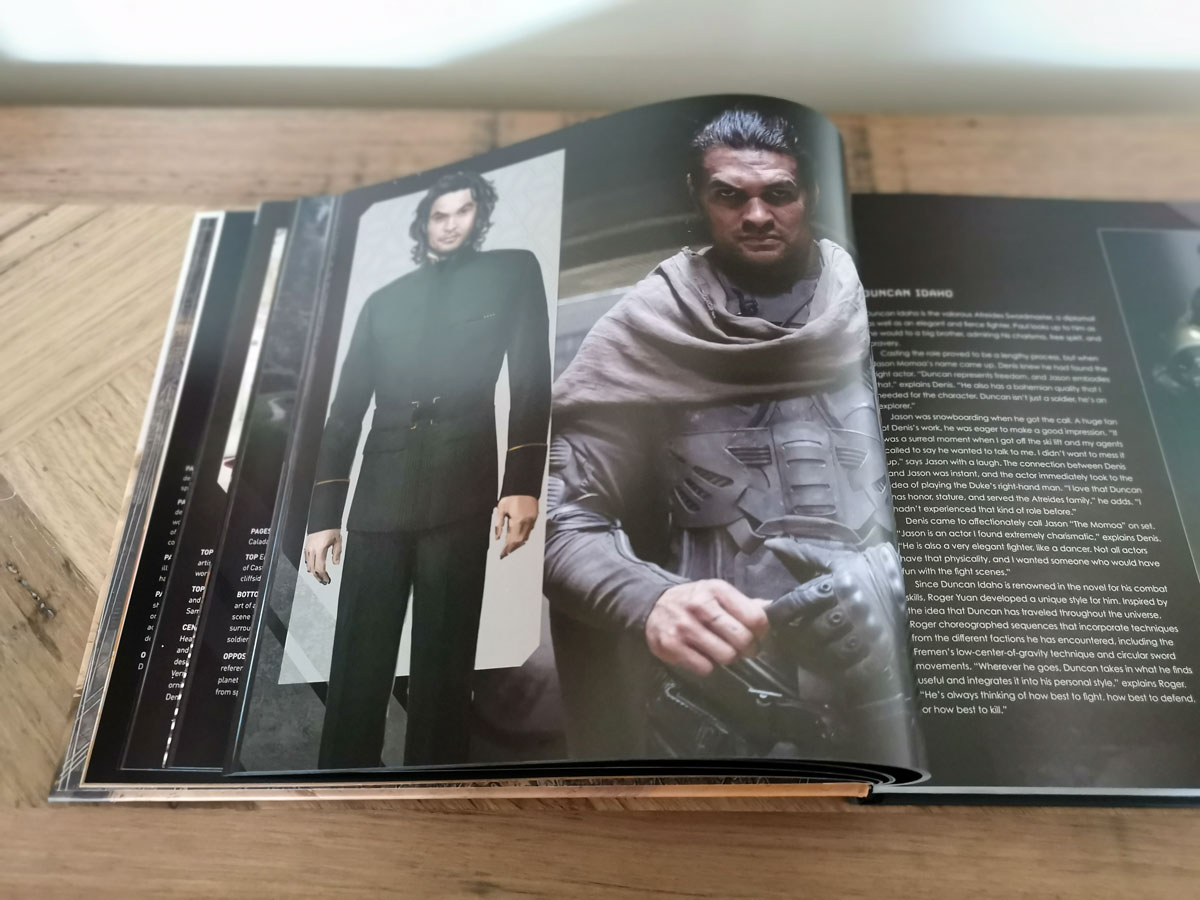 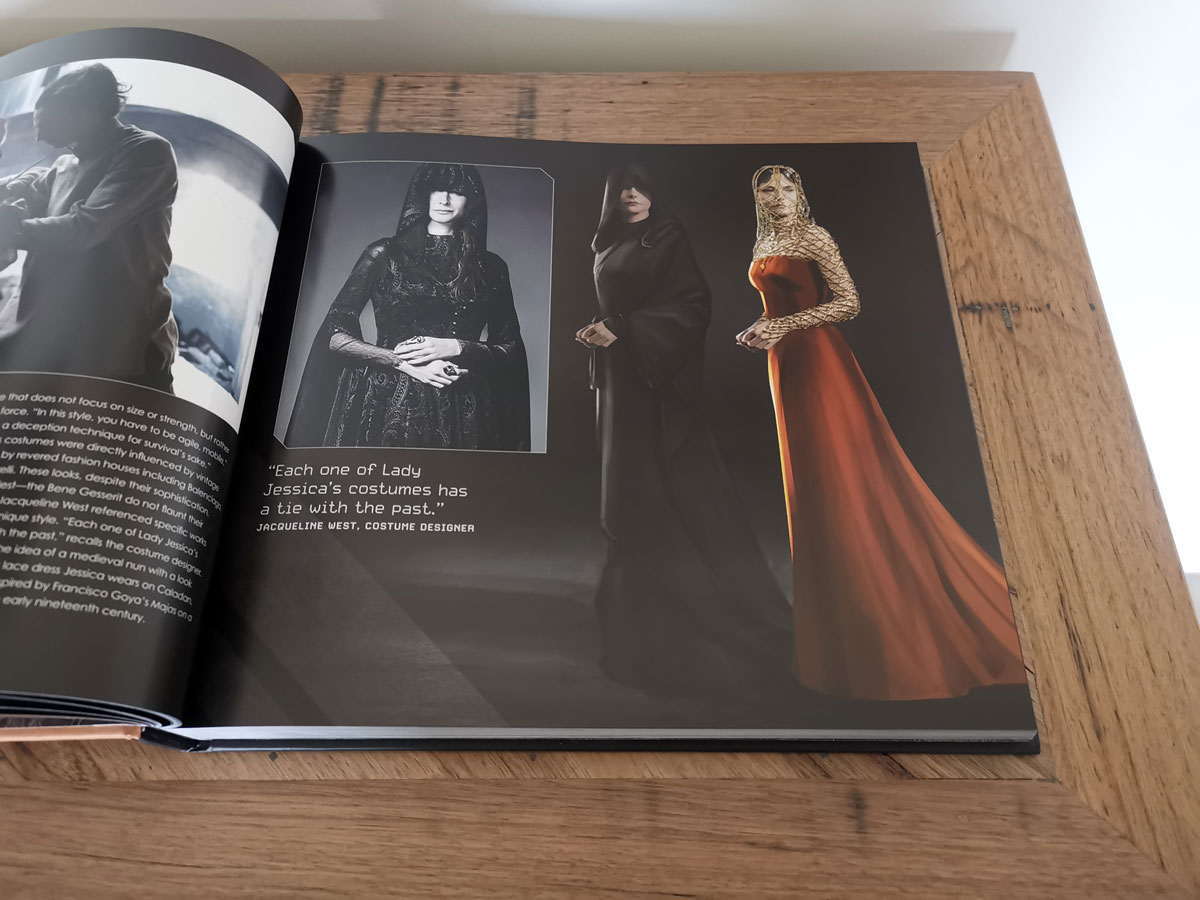 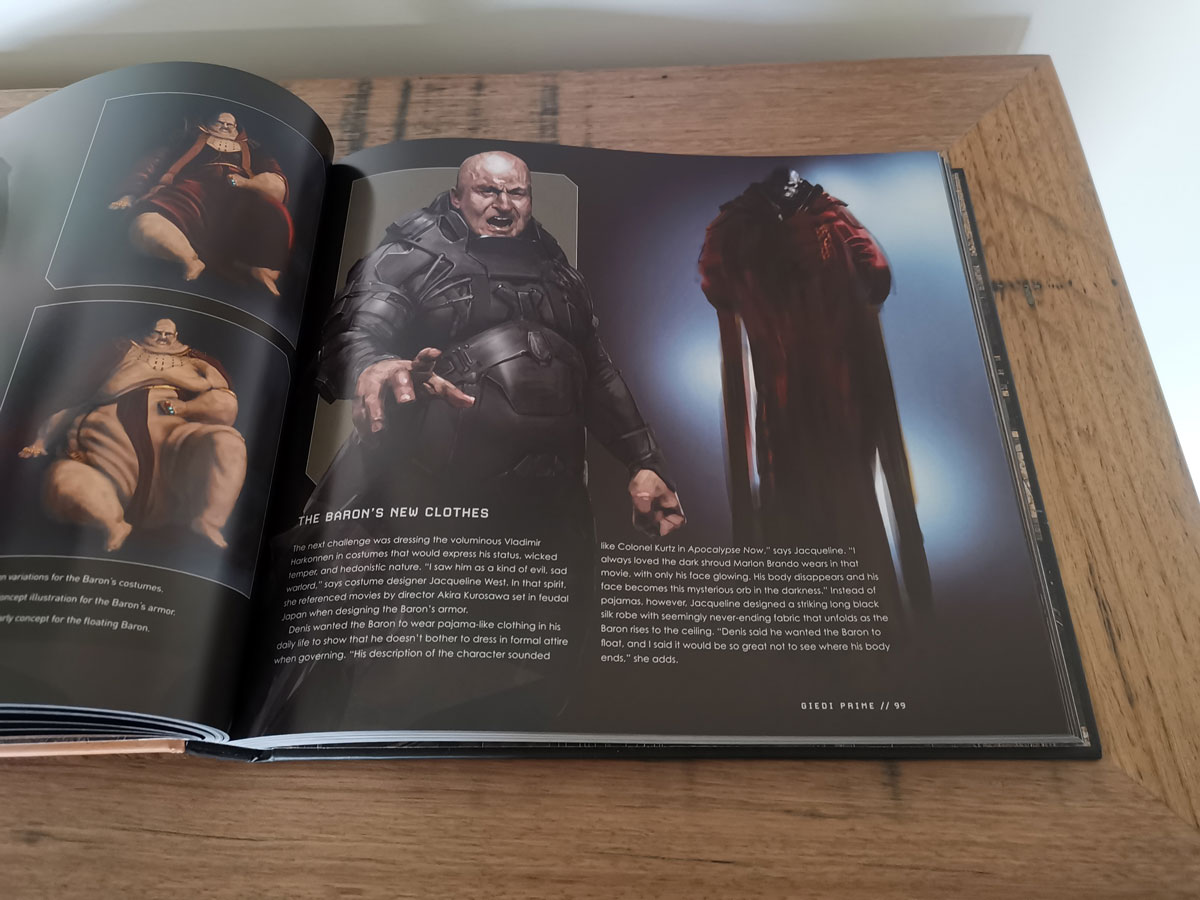 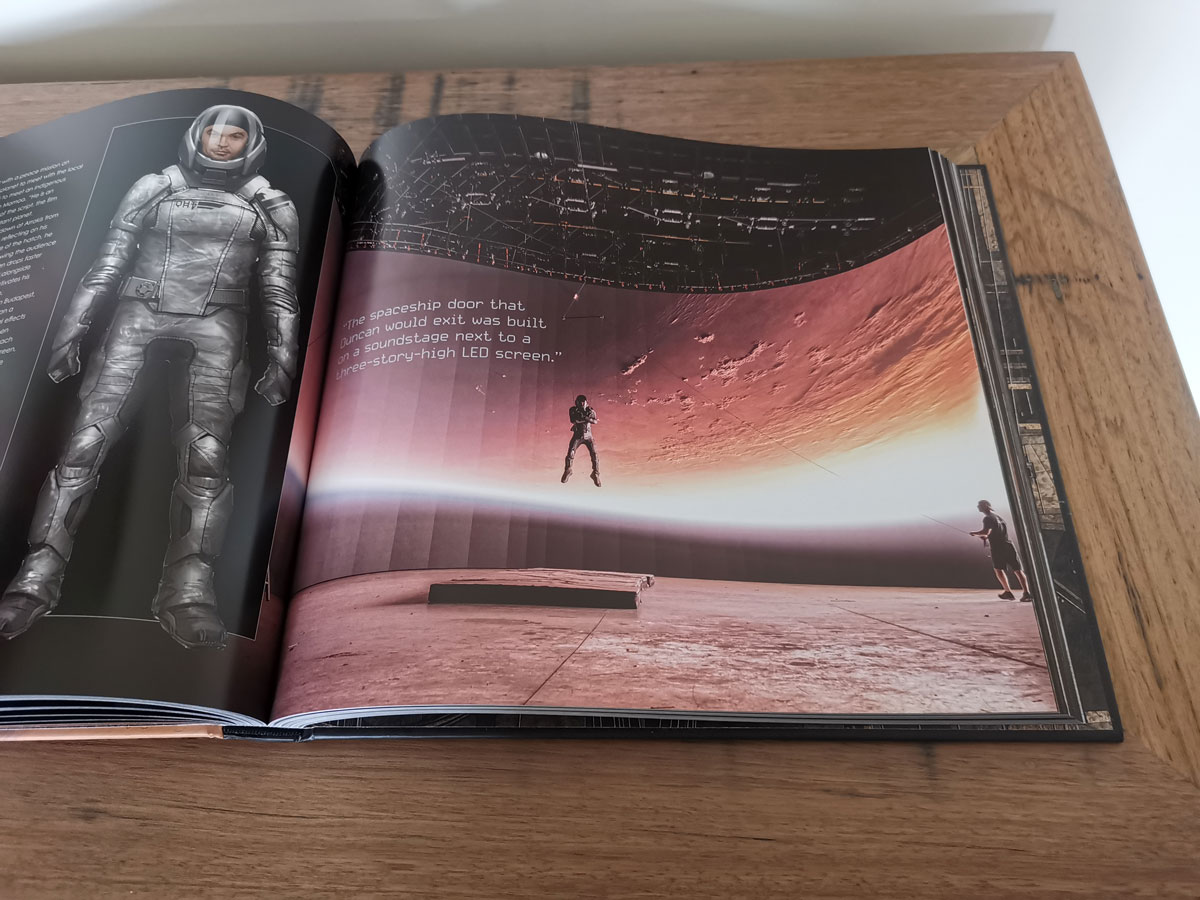 Further, the book touches upon the crew and how they were chosen to bringing the “beast” of Dune to life, including the importance of honoring Frank Herbert’s memory and of course, the fans. Additionally, The Art and Soul of Dune goes into some depth on the characters, including their motivations and how the chosen actors have created the next-generation of these icons brought to the silver screen. Add in costume design, the planets, the factions plus the hallowed spice melange, including battles, weapons and this book is filled with fascinating insights into the film and beyond.

The Art and Soul of Dune is a beautifully presented book that gives the reader not only an insightful journey into the creation of Dune but brings together some amazing visuals, including stunning concept art.