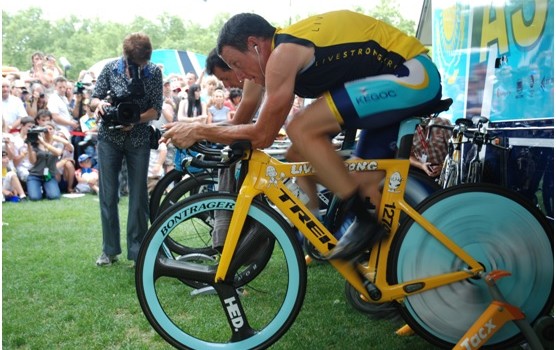 People may say that Lance Armstrong lost credibility when he finally admitted to using prohibited substances. Others, however, caught onto his shadiness much earlier. Does anyone recall his summer fling with Ashley Olsen, fifteen years his junior? Introducing The Armstrong Lie – the rise and fall of Liar Armstrong.

Initially, director Alex Gibney wanted to make an inspiring comeback story of how one brave survivor of testicular cancer won seven Tour de France titles. However, with the truth about the doping scandal surfacing, this idea got flushed down the toilet quicker than discarded EPO. Left with behind-the-scenes footage and a knack for creating exposé films, Gibney then set out to tell an epic tale of obsession, pathological manipulation and shattered American dreams. This sounds brilliant on paper but, in reality, The Armstrong Lie ends up being a two hour drag about the tarnished, over-glorified cycling world and its tarnished, over-glorified athletes. This film would have been seriously more engaging if it was thirty minutes shorter. Did we really need to know Lance’s lactic acid levels? 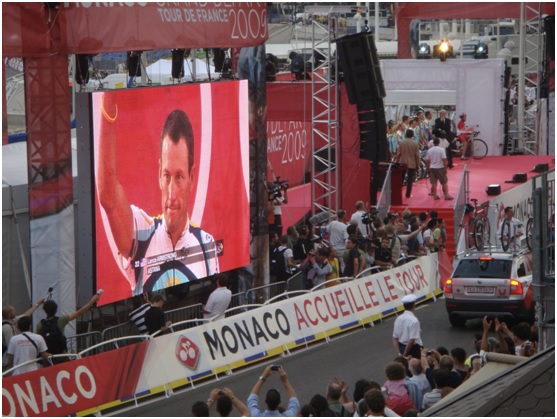 The problem with making a film about the Armstrong scandal is that’s it’s been done before in more memorable ways. Many of the shock revelations meant to make us gasp in horror are already known, publicised by news reporters and journalists. Say what? There were cover-ups at the highest levels of cycling, including the Union Cycliste Internationale (UCI)? Yep, we’ve heard that one before. Those headlines dominated for weeks. What’s this now? Armstrong made a secret $125,000 bribe donation to the UCI? Yep, we’ve heard that one too. That was explored in a much neater forty minute TV documentary. Give us something new Gibney. Sure, there were exclusive interviews with Armstrong’s physician and doping sidekick Michele Ferrari, but understandably he didn’t spill any groundbreaking secrets. Thanks for reminding us, yet again, how Armstrong was victory-crazed and wanted to win by any means necessary.

Compared to other Armstrong exposés, Gibney’s film gives our cyclist too much credit, painting him in an almost forgiving light. In many racing scenes, when Armstrong is approaching the finishing line in first place, triumphant music is heard. What the? This is the biggest villain the sporting world has ever known. This is the guy who threatened rivals, skeptics and his own team-mates. This was the power-hungry guy who lured sponsors and the celebrity-obsessed with this cancer survival story. People armed with the truth quivered with the thought of crossing Armstrong. To this day, with his warped sense of entitlement, he still refuses to see himself as a cheater. Forgiveness must be earned and, frankly, someone this unapologetic deserves no triumphant soundtrack or redemption. 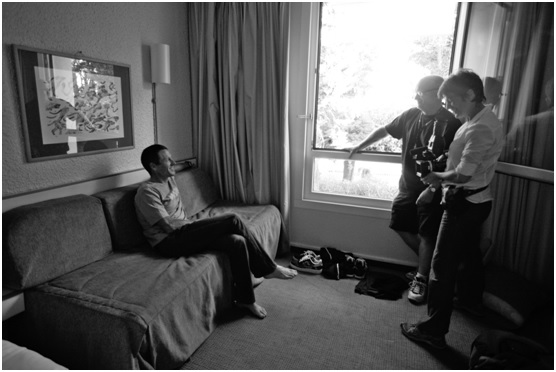 The main reason why The Armstrong Lie wasn’t as enjoyable as it should have been was because it focused less on the whistle-blowers. You want to root for the truth wielders, not the malefactors – unless, of course, you love Underbelly and have a tendency to side with criminal figures. Past documentaries have placed emphasis on the people who stripped away the great American facade, like cyclist Frankie Andreu, his ex-fiancée Betsy, and Tyler Hamilton. This film, being an Armstrong extravaganza, treats them as talking heads among other talking heads. Sorry, but it can be unbearable at times, having to endure that sociopath’s face and voice being given so much camera time.

You know what would be more exciting than watching The Armstrong Lie? Lance in the South Pacific, living and conspiring among past Survivor villains. Let’s see how he fares among other poker-faced charmers and bullies. He might go all the way to the final three. Whether he owns up to his deception and duplicity, gaining the respect of the jury for the million dollars, is a completely different story. 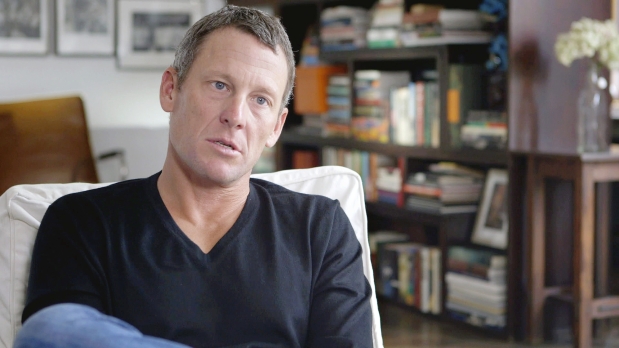 *Some trivia fun – did you know that alcohol was one of the first performance-enhancing substances ever to be used in the Tour de France? There’s something I didn’t know. But still…

Summary: The Armstrong Lie ends up being a two hour drag about the tarnished, over-glorified cycling world.