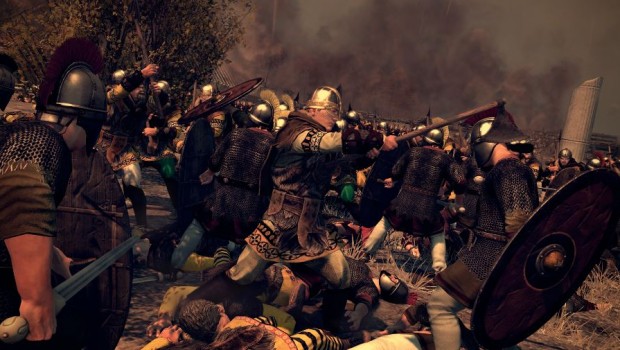 The Apocalypse is upon us as Total War™: ATTILA ships worldwide

Total War™: ATTILA is now available to purchase at retailers.

The Dark Ages approach. A time of famine, disease and war, where refugees in their thousands flee from a sweeping tide of destruction and death. Desperate barbaric tribes rally against the ailing might of a dying and divided Roman empire; the light of civilization gutters and dims. In the great steppes of Scythia, a vast and terrifying force gathers, led by a warrior king whose thirst for conquest is utterly unequalled.

The Scourge of God, the very herald of the apocalypse, Attila the Hun.

In the next instalment in the multi award-winning Total War series of strategy games, Total War: ATTILA introduces exciting new gameplay mechanics which improve and add to numerous core turn-based and real-time Total War systems. The world will darken around you as Attila’s forces descend on your homeland creating a unique vision of survival strategy.