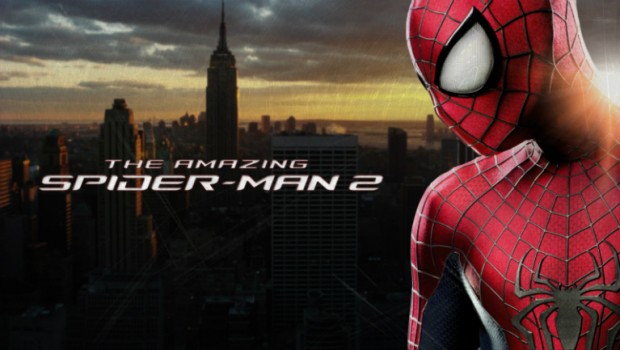 Spider-Man is one of the most iconic characters ever to leap from the comic book page to the big screen. His red and blue spider suit is instantly recogonisable to adults and children alike. Peter Parker is a character grounded by the emotions of a young man coming of age, while his superhero alter ego, Spider-Man is a larger than life, web slinging, wise cracking, life saver. Sam Raimi’s successful but audience dividing Spider-Man trilogy busted box office records only just a short while ago, so it has been with a great deal of surprise that the web head has been rebooted and swung his way back into cinemas so soon. Director Marc Webb ((500) Days Of Summer) returns with his original cast, Andrew Garfield, Emma Stone and of course Sally Field. In The Amazing Spider-Man 2 the cast and crew all appear more comfortable in their roles, while relishing the thrills and spills of this big budget, electrified, comic caper. This time around Jamie Foxx as Electro joins them in a more over the top role for the Oscar winner. Relative newcomer Dane DeHaan (The Place Beyond The Pines) is also along for the ride as Peter Parker’s long time friend Harry Osborn.

After the death of Captain Stacy (Gwen’s Father), Peter Parker is feeling the pressure of the romantic relationship he shares with Gwen. With a rising fear for Gwen’s safety, Peter is haunted by visions of Gwen’s father and the promise he made to the late police captain on his death bed: to keep Gwen safe from the violence, villains and underworld crime kings of New York. Always a woman of her own mind, Gwen makes it clear to Peter that it is her choice to be in a relationship with him and that she understands the risks she is taking. Frustrated with his situation Peter still manages to save Oscorp electrical engineer Max Dillon (Jamie Foxx) from a fatal accident. The shy and socially invisible Max is amazed by the wall crawler’s heroic actions and starts to catalogue Spider-Man’s activity. His wonder quickly turns into an obsession towards everybody’s favourite Web-slinger. When an accident at Oscorp turns Max into a super-being of living electricity, he changes his name to Electro and he sets out to gain his hero’s attention with incredibly destructive results. While Harry Osborn didn’t appear in the first film (of this rebooted series), he is present in this film. Wisely skipping a long and unnecessary introduction, Harry first appears in the film at the deathbed of his father Norman Osborn. Inflicted with his father’s hereditary disease, Harry’s life is in need of saving and Spider-Man is the only one that can help him.

Spider-Man’s most recent outing is a beautifully polished film on the visual front. The special effects team has outdone the first film exponentially with near microscopic detail impossible to absorb in just one viewing.  The web slinging moments are gut churning, exciting and so detailed you can see the fibers on Spidey’s suit as they flap in the wind. Pulsating charges are visible through Electro’s skin and the destruction and explosions are constructed down to miniscule particles. Fans should appreciate the classic style in which the web head has been motion captured, animated and filmed in live action. His moves are stylised directly from the comic book and it is a pure cinematic thrill to watch Spidey web swing through the high-rises of New York City. Jamie Foxx’s Electro is a highlight of the film and as Max, Foxx is incredibly reminiscent of Jim Carrey’s Edward Nigma in the ridiculous but much loved Batman Forever (1995).

When Max is transformed into Electro he really ignites the screen and with the aid of the brilliant effects team he becomes a worthy adversary for Spider-Man. Dane DeHaan plays Harry with sufficient desperation and menace while sporting a haircut that’s is distracting to say the least. An unforgivable disappointment for this film is that Harry and eventually the Green Goblin are never given the time to really shine, taking the backseat throughout the picture and only appearing to turn up the heat up within Peter’s storyline. Gwen and Peter have some playful scenes together and these remain as the non-action highlights through the film. Stone and Garfield who are also dating off screen work well together on screen and have adequate charisma for the characters of Peter Parker and Gwen Stacy. Sally Field returns as the not so obviously cast Aunt May. Her scenes supporting Andrew Garfield as Peter consistently tries to hide his superhero antics end up with some amusing and well-timed results. 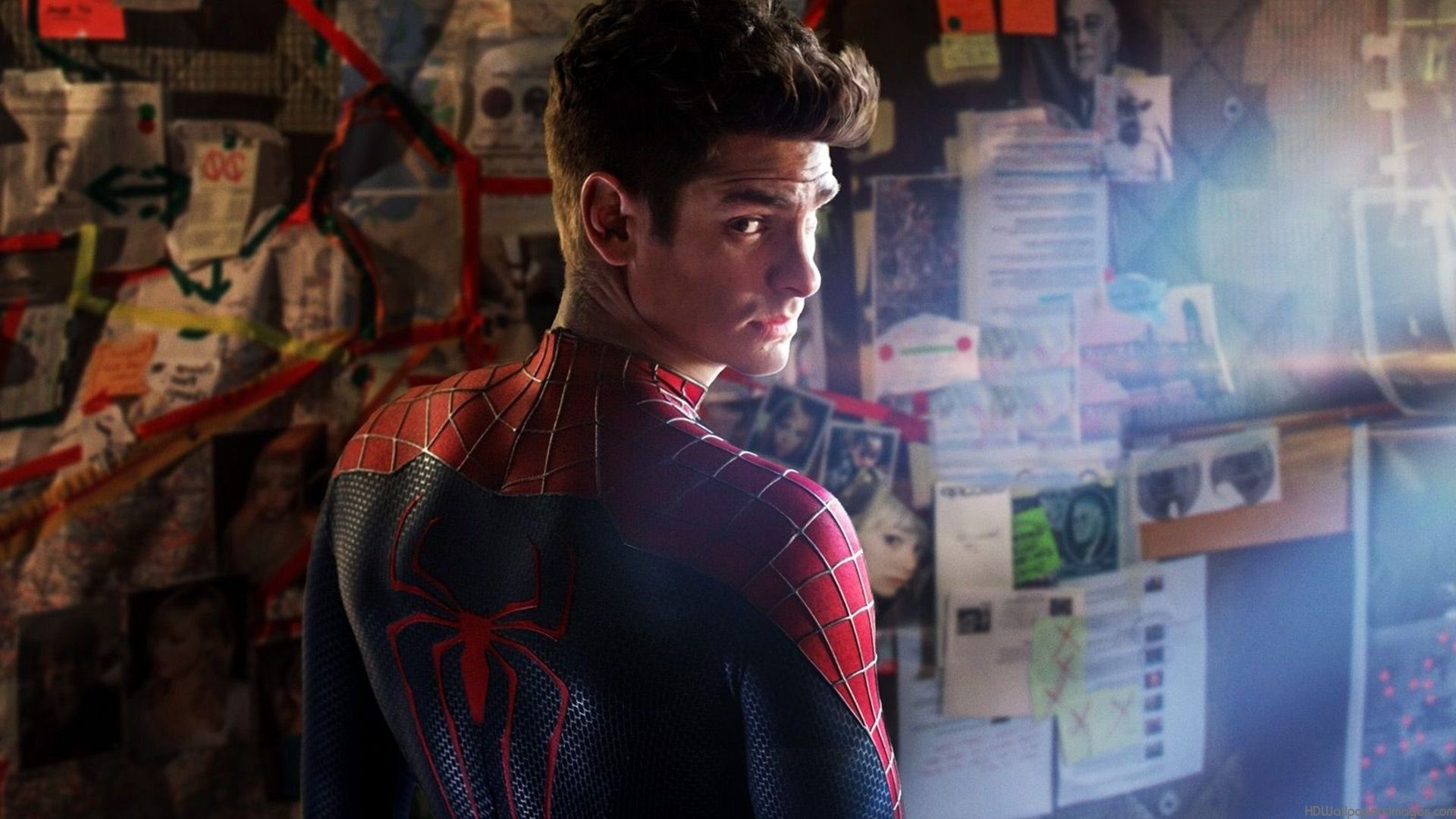 Marc Webb directs the balance between character development and action in a controlled and well-paced manner when the script allows for this more measured approach. The Spider-Man 2 script does have more action and the director is much more at home with these scenes during his second web ride around the Big Apple. Compared to its predecessor this film is bigger, better and bolder in every manner. The first two thirds of the film have a well measured pace between the action and character driven scenes and for a while it seems the perfect mix for popcorn entertainment. Unfortunately, during the final third of the film this balance is completely torn apart and undone by a script that tries to add too much content in too little time. The finale feels rushed and strangely devoid of believable emotion in exchange for excessive thrills that are driven solely by computer generated fights scenes. 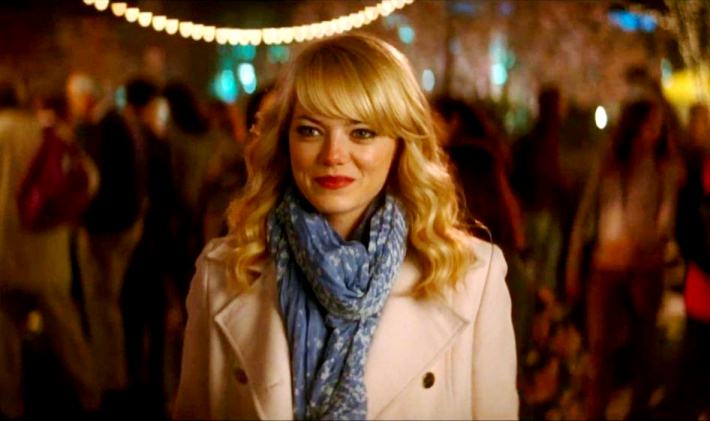 This effects heavy final battle is completely underwhelming, hard to follow and a major disappointment in relation to the well structured lead up. Harry’s transformation into Green Goblin is hurried and unnecessary for a film that already has an entertaining villain. Rhino (or Aleksei Sytsevich as he is called here) has also been featured in the trailer and other promotional material for Spider-Man 2. His inclusion into the film is blatant cinematic stocking filler and typical blockbuster stupidity. The final moments of the film have also been shamelessly borrowed from previous Spider-Man films and are cringe worthy for even the most die-hard fans. This unfortunate ending is extremely corny in a way that is too familiar for fans of these films and unnecessarily heavy handed for a film with such a desperate need for some closing subtlety. Hopefully with The Amazing Spider-Man 3 the writers limit the character count and keep the focus on Spidey battling the one enemy in a more focused and interesting manner. If history is anything to go by, this probably won’t be the case. 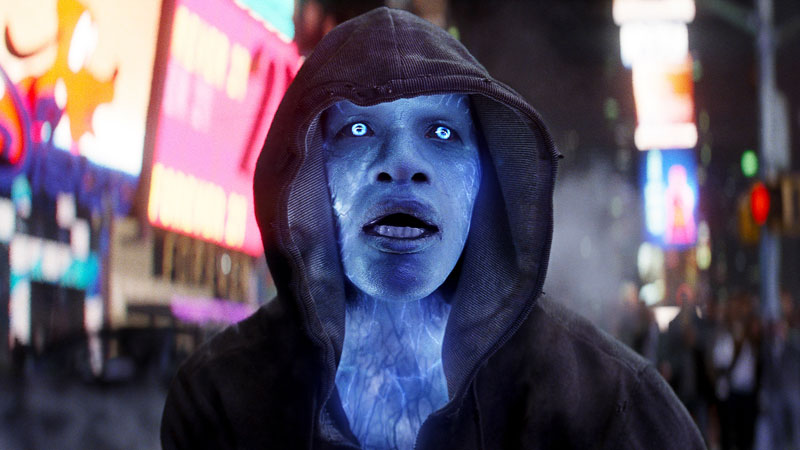 For the most part The Amazing Spider-Man 2 is a highly enjoyable film. Unfortunately, many audience members will leave the cinema laughing or slightly confused at an ending that is hurried and over the top. Andrew Garfield and Emma Stone are refreshing to watch and it is hard to look away from Jamie Foxx’s Electro. When used properly the effects are magnificent and propel Spider-Man to the soaring heights the beloved hero deserves. In the end this potentially excellent comic book blockbuster is let down by a script that overloads a simple idea with too many undercooked characters amidst a completely underwhelming and effects heavy finale.

Summary: Compared to its predecessor, this film is bigger, better and bolder in every manner.