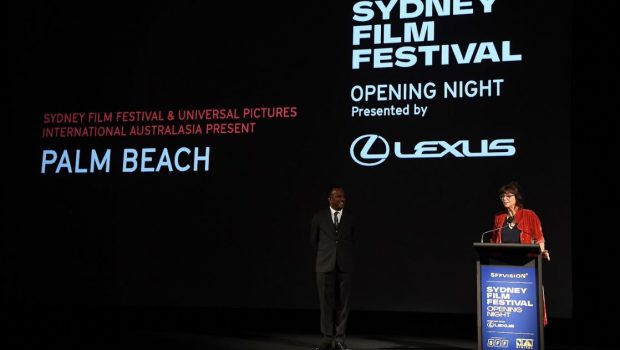 The 66th Sydney Film Festival (5 – 16 June) opened at the State Theatre with the World Premiere of Australian drama/comedy Palm Beach.

Following an announcement of increased NSW Government funding by the Premier Gladys Berejiklian, Minister for the Arts Don Harwin commented, “Launching with Palm Beach is the perfect salute to great Australian filmmaking in a year that will showcase a bumper list of contemporary Australian stories, including 24 World Premieres.”

“As one of the world’s longest-running film festivals, I’m delighted to build on our support for the Festival and Travelling Film Festival over the next four years with increased funding of over $5 million, and look forward to the exciting plans in store,” he said.

Sydney Film Festival Board Chair, Deanne Weir said, “The Sydney Film Festival Board are thrilled and grateful to the New South Wales Government for this renewed and increased support. The government’s commitment recognizes the ongoing success of the Festival as one of the great film festivals of the world; and the leading role New South Wales plays in the Australian film industry.”

Lord Mayor of Sydney, Clover Moore also spoke, declaring the Festival open. “The Sydney Film Festival’s growth and evolution has reflected that of Sydney itself – giving us a window to other worlds, to enjoy new and different ways of thinking and being, and to reach a greater understanding of ourselves and our own place in the world.”

Vin Naidoo, Senior Manager, Marketing, Lexus Australia, said, “Lexus is proud to have supported Australian filmmaking for many years. Film has been an intrinsic part of our brand – for us, it’s about the experiences, going beyond vehicle manufacturing and retailing, and film is a big part of that.”

Set at Sydney’s spectacular Palm Beach, the film follows lifelong friends who gather to celebrate a milestone birthday, only for tension to mount when new and old resentments arise, along with the threat of an old secret coming to light.

In attendance was NSW Premier Gladys Berejiklian, and Governor of NSW Margaret Beazley.

The full Sydney Film Festival 2019 program can be found online at sff.org.au.