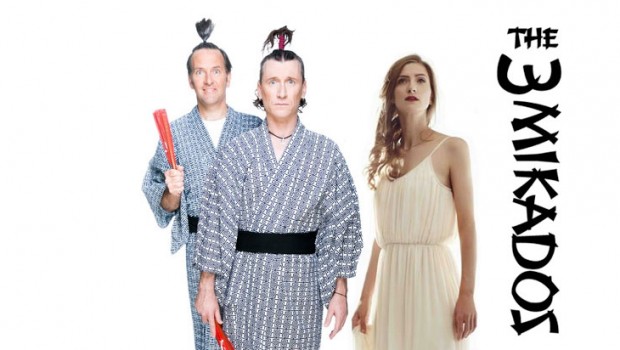 Currently playing at the Melbourne International Comedy Festival in the Famous Spiegeltent at the Arts Centre Melbourne, Colin Lane (Lano & Woodley), David Collins (The Umbilical Brothers) and Esther Hannaford (King Kong the Musical) re-enact the famous Gilbert & Sullivan comic opera The Mikado in a truly bizarre and unique fashion that will leave you amused and perhaps slightly bewildered by the end of the night.

Unlike the large ensemble of the original productions and remakes, Lane, Collins and Hannaford perform the entire show with just three people plus a professional pianist as they dance, sing, joke and get confused with all the strange Mikado references such as Nanki Poo, Titipu, Pish-Tush Pooh-Bah, Yum-Yum, the three maids and of course Trent the spear holder plus a whole collection of strangely named characters and no, these names were not changed for The 3 Mikados to make the show funnier. 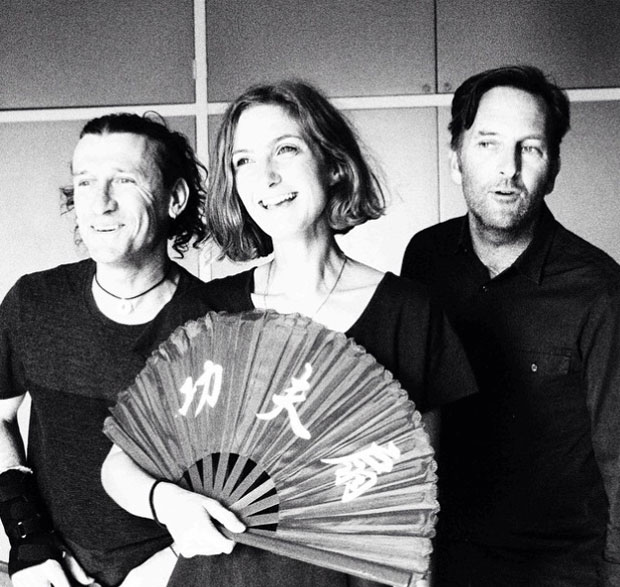 Add in real-world references such as politics, social media and four wheel drive owners and The 3 Mikados is strange hogwash of comedy, strange facial expressions, dance, music and some addictive humour from Lane, Collins and Hannaford that is quite infectious. At times the production feels like it is coming apart at the seems but in all this madness, there is actually some cohesion and more importantly laughs from the entire audience.

So in this conglomerate of strangely named characters, Lane, Collins and Hannaford attempt to tell the story of The Mikado which is basically a love story between the son of The Mikado Nanki-Poo and Yum-Yum who has unfortunately been betrothed to Ko-Ko, The Lord High Execution of Titipu who also happened to be a tailor. As these three comedians engage in this strange tale with some well written comedic songs, they also make fun of not just the story but also themselves such as Colin Lane wanting to play all the important roles himself and when the others question this, he forces them to audition. 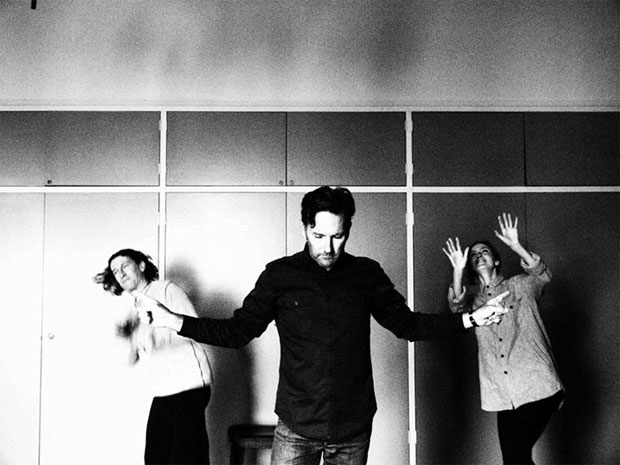 David Collins from the Umbilical Brothers fame also uses his trademark and amusing sound effects throughout the performance such as beheading one of the characters, slipping on their blood and then sewing the head back onto Lane. There’s also some witty banter between Lane and Collins about their previous comedy routines which have become dated as they tease each other and even the TV show Ready, Steady Cook. While all this chaos ensues, Hannaford becomes wrapped up in the craziness of this production, even doing an American country accent because one of her characters is from the Japanese countryside.

If you’re looking for something a little different at The Melbourne International Comedy Festival, well… something REALLY different but is still infused with comedy and laughs, than check out The 3 Mikados which is now playing at the Famous Spiegeltent at the Arts Centre Melbourne. It features two of Australia’s top comedians, Colin Lane and David Collins plus professional music diva Esther Hannaford as they basically have fun on stage and take the mickey out of this classic comic opera from 1885 that leads to true comedic chaos.