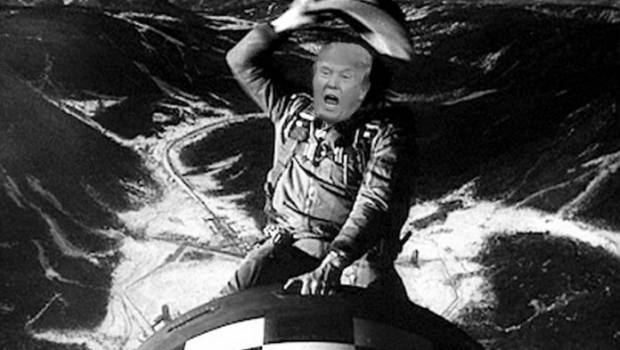 Summary: From the “how could 2020 get worse” file comes an alternate history story that definitely is worse. Based on the relations between the USA and North Korea breaking down even further than they did in real life.

From the “how could 2020 get worse” file comes an alternate history story that definitely is worse. Based on the relations between the USA and North Korea breaking down even further than they did in real life.

When this book first came out it was criticised due to being too over the top in regards to the behaviour of President Trump. The situation with COVID19 proves it definitely is not. The book is based on reality and mixes in actual events with the fictional ones which makes it very readable, but also scary in that these things could have actually happened based on what is said.

A couple of sections about the effect of Trump’s tweets stood out in particular.

From the South Korean’s perspective:

“We were so worried that the Americana might try to stop us,” Im explained, “that is never occurred to us they might make things worse. I don’t even use Twitter.”

From the USA perspective:

In the car on the way to Mar-a-Lago, Francis’s phone buzzed, letting him know that the president had sent a tweet.

Keith Kellog was in the car.

“When General Francis read the tweet,” the national security adviser recalled later, “he put his head in his hands. I asked what happened. He just said, ‘Clean up, aisle Trump.'”

I first started high school in the same years as the fall of the Berlin Wall and went through a phase of reading about the Cold War and the hypothetical stories about World War 3. There is one story where the USSR and France exchange exactly one device each and that is called a “war”. The TV movies the Day After and Threads did more for public awareness of the effects of nuclear war than books and there were quite a few back in the day.

The problem with a lot of the stories being about the Cold War and conflicts between major powers is that they are now several decades out of date and people cannot relate to them these days in the modern context.

There are a lot of references in the back of the book if you want to track down the actual real events used to create the story. The survivor testimonies where taken from those recorded at the bombing of Hiroshima with some slight changes to fit them into the story.

Even though this was written by a foreign policy and arms control writer, it does not seem dry and I found myself reading 86 pages in one go and had to ration my reading of it or I would finish it too quickly. I never really get into political thrillers or spy novels and the Tom Clancy stuff leaves me cold but this had a lot going for it.

The build-up to the attacks is the most exciting part of the book as it shows how rational people can still make grave errors and in this case it follows on from Erroll Morris’ the Fog of War and should be studied alongside it.

Trump only cares about the outcome when it affects someone close to him and his closing letter still shows how little he cared about the country in the first place. He ends up impeached in this book for a different reason he was for in real life and gets humiliated when he goes to grab the nuclear football and ends up on the floor.

I would recommend this book highly if you are into geopolitics and arms control or alternate history and want something interesting to read. I would even recommend it to people who would not normally be into this sort of story as it is based on reality so not that much of a stretch to get your head around.