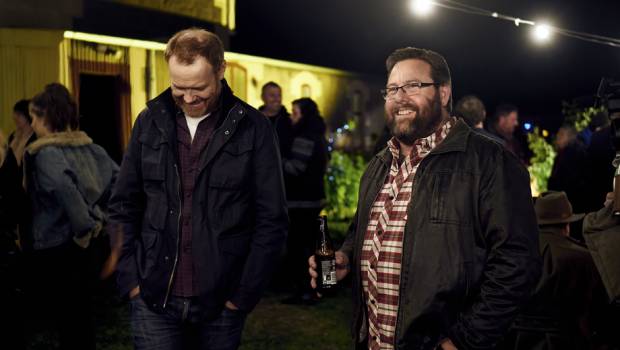 THAT’S NOT MY DOG! – New Trailer

The film, directed by Dean Murphy (Strange Bedfellows, Charlie & Boots), centres around the loveable Shane Jacobson (playing himself) who is throwing a party and invited are the funniest people he knows. The only request: come armed with nothing but the funniest jokes you’ve ever heard.

The full line-up of comedians include:

Ed Kavalee (Have You Been Paying Attention?),

Nathaniel Lloyd (The Big I Am).

“The chance to see this many comedy greats all in the one place, telling their favourite jokes, is a rare opportunity for audiences, and we hope they’ll have as good time watching it as we did,” said Transmission Films Joint Managing Directors Andrew Mackie and Richard Payten.

That’s Not My Dog! will release in cinemas nationally on March 15, 2018 for select screenings.

In the lead up to release there will be special event screenings with appearances from cast members.