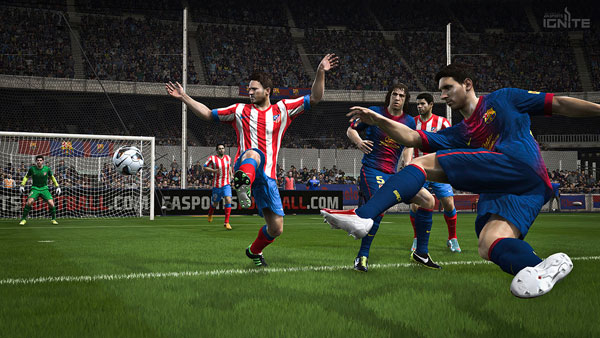 EA SPORTSTM and adidas hosted an exclusive event in Sydney to showcase the world greatest sports game FIFA 15 to fans for the first time and celebrate the launch of the new adidas Predator Instinct football boot. Hosted by Fox Sports’ Adam Peacock, the event gave football fans an exclusive hands-on experience of FIFA 15 before the game is released on September 25. While he couldn’t be there in person, Tim Cahill spoke to his fans via video and announced that for the sixth year in a row, he will be on the Australian cover of FIFA.

In other football news; Today, EA SPORTS released the next video in their FIFA 15 Gameplay Features series, this time, focusing on how the game’s Agility and Control brings a heightened level of responsiveness and fluidity to gameplay, as well as true personality to the world’s best players – Leo Messi and other superstars will dribble and move like they do in real life. A new ball physics system, Correct Contacts changes the game – the ball now keeps its momentum and accurate spin giving fans variety when passing, dribbling, and controlling the ball.

Off the ball, Man to Man Battles transforms the way you compete. Dispossessing your opponent in FIFA 15 is more rewarding and physical than ever before. Players use Full-Body Defending to win possession and keep it. Possession Tackles will reward great defending, helping players keep the ball close to their feet when a challenge is won. New shoulder barges, push/pull mechanics, and big fall physics allow fans to feel the battle; shirt pulling is also visible thanks to new character visuals and improved cloth technology.

To see this all come to life in game, watch FIFA 15 Gameplay Features – Player Control here.

FIFA 15 hits stores September 25 in Australia and September 26 in New Zealand on Xbox One, PS4 and PC and is powered by the EA SPORTS IGNITE Engine. The game is also available on Xbox 360, PS3 and other platforms.