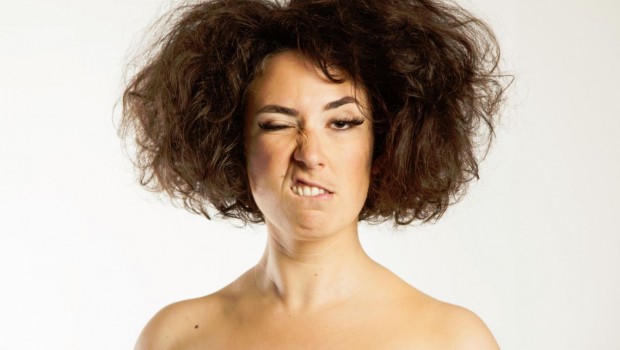 WOMANz is the rule-breakin’ show that made Melbourne Fringe history by taking out three awards for the first time, including the prestigious Most Outstanding Comedy. Part-show, part-party, it shines the spotlight on ridiculous gender stereotypes and dances them out of the door under the spinning disco ball.

Waters deftly combines dance, physical theatre, clowning and cheeky costumes in this life affirming celebration of the body, the booty and love. You are invited to boogie with WOMANz as she dances you through her world of wobbly, femmy, sexy, lovey, arty, grindy good bits.

After completing a year of study with Phillipe Gaulier (France), Waters worked in London, becoming a regular on the alternative comedy and cabaret scenes, wowing audiences with her glitter and moves. Recently listed as one of the ‘Hottest New Faces in Comedy” by the Sydney Morning Herald, Tessa Waters is an expert in her field, displaying a natural skill for honest comedy that hits right at the heart of your funny bone.

The SA Tour Ready Award and Most Outstanding Comedy