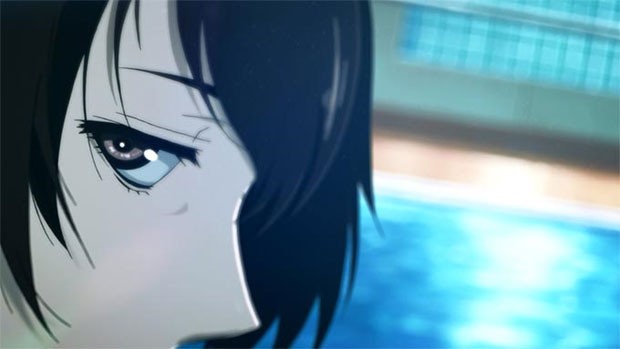 Summary: The series is a standout from the crowd because it dared to be different and managed to pull it off, not amazingly, but well enough and definitely worth a watch to anyone who asks.

I remember perusing through the winter anime schedule on myanimelist.net, looking for my next series to add to my long list of anime to watch. Terror in Resonance caught my eye because it was quite different from the trend in the season’s line-up, at first the synopsis seemed a little too simple and my expectations for the series was low despite the big names the project was boasting, but I was pleasantly surprised. 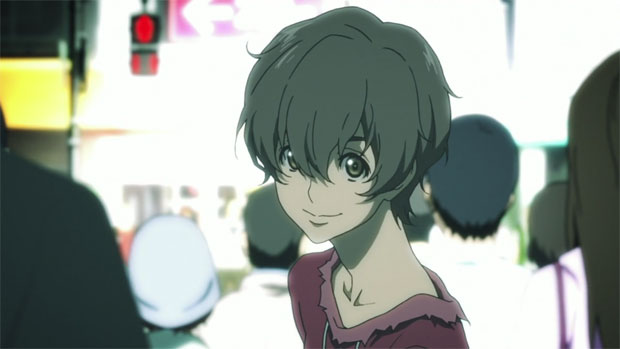 Without trying to reveal any spoilers, the story is about two adolescent boys, who plan and execute various bombings in Japan, sending out warnings in the form of riddles, they meet a young girl desperate for an escape of sorts and her life is therein changed, the police struggle to figure out the riddles until an old washed up ace detective begins to solve the riddles and a familiar face comes to play, the story shifts greatly at this point.

The characters are a little cliché, I mean you have the cold, steely eyed character who gets things done by the books, the happy go lucky one who always seems to have a positive outlook on life despite the events that lead to their current situation, the damsel who wishes she could just get away from everything, the kind of psycho who enjoys toying with their prey and the hardcore “never give up, even in the face of extreme adversity” type. The cast does grow on you a little as you watch them, but you always feel like there could be more, there’s just that little bit missing you can’t seem to put your finger on, and you feel a little let down by it. 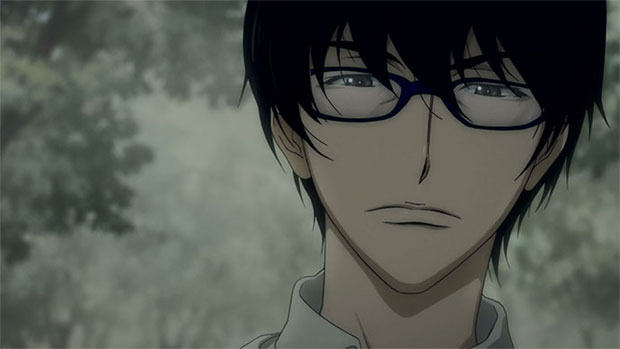 Having watched the series in Standard Definition prior to my re-watching this in High Definition, I can say two things. In SD, the art is already pretty sweet, nothing to go crazy about but it was very smooth in transition from scene to scene, much of the art looked close enough to their real world counterparts with just enough edginess and coarseness to make those darker shots seem even better, but when you step into HD, it’s on a completely different level. Distinguishing the sky on screen to the sky outside became incredibly difficult, things just looked that much more real, down to the last scratch on a concrete wall or dent in a metal roller door or sign post, the vibrancy of paint in graffiti, it’s all just sharp and crisp and comes together so well. 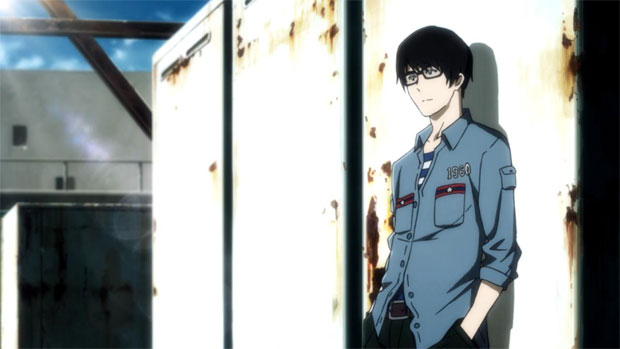 The audio in this series isn’t bad, it isn’t amazing but it’s above average, the voice acting is slightly above average too if a little on the plain side, the soundtrack however makes up for the bulk of the score here, individually the soundtrack is pretty decent on its own, but is paired so well with the scenery and the events that are occurring, it manages to aid their respective scenes immensely, from the rainy shots of people running for cover to the speedy getaway scenes inducing a heavy sense of urgency in the action sequences, the audio really raises the bar of this anime.

This ranked fairly high on my scale, and usually that’s quite a difficult feat on its own. But Terror in Resonance was a surprise, I went into this thinking it was just a simple “take on the world” series, and sure that’s kind of what it was like but it ended up being so much more than that, I found myself simply being dragged along for a ride, binge watching the whole series late into the night and early into the next morning. The series is a standout from the crowd because it dared to be different and managed to pull it off, not amazingly, but well enough and definitely worth a watch to anyone who asks. 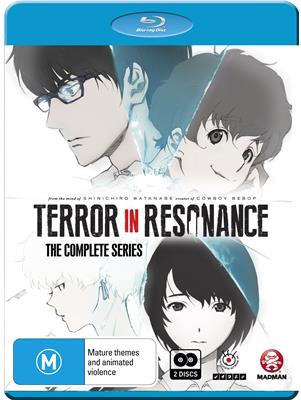