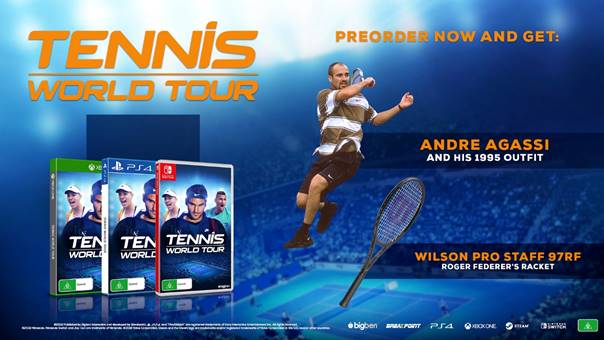 Sydney, Australia – 18th May – Bigben and Breakpoint reveal a new gameplay trailer in which the legendary tennis stars Andre Agassi and John McEnroe take on each other.

This match will bring back great memories, but which legend would win?

Check out the video here!

You will be able to face both players in the tournament of Tennis World Tour.

Starting now, players can pre-order the game’s Standard edition in stores and enjoy the following bonuses:

Click here to find out more about Tennis World Tour

Tennis World Tour will be available 12th June on PlayStation4 and Xbox One and Late June for Nintendo Switch.