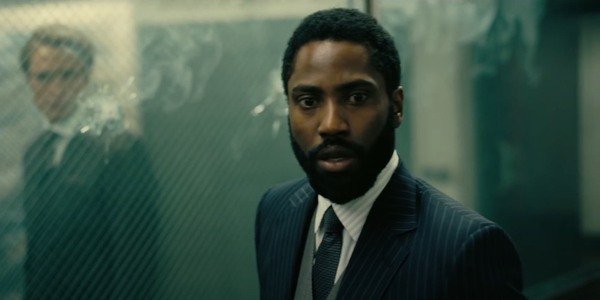 Tenet is an incomprehensible and pretentious misfire from the usually reliable Christopher Nolan. In cryptic fashion, the director would argue his film is about inverting time and parallel universes. However, one must ask if this is, to borrow from one of the director’s best films, an act of inception. Nolan purposefully disorientates his audience and has them surrender to his intellectual superiority. In this instance, it is a mirage. This is a wobbly action blockbuster posturing as a mind-bending exploration of quantum physics. It is too confusing to be stimulating or fun. It also lacks the energetic precision of a solid Bond film. Some might consider revisiting Tenet to untangle its confused plotting. Or perhaps not. Its meagre box office returns proved audiences were wise and unwilling to risk themselves during COVID-19 for this pseudo-intellectual dross.

Explaining the story would require several quantum classes from Professor Nolan. It opens with a terribly confusing hostage situation in an opera house in Ukraine where a CIA agent, simply named the Protagonist (BlacKkKlansman’s John David Washington), is captured. Once his loyalty is tested, he is assigned to a group called ‘Tenet’. He works with the mysterious Neil (Robert Pattinson) to track down an arms dealer in Mumbai and then spy on a dangerous Russian oligarch named Sator (Kenneth Branagh). It is said that Sator can tamper with the future and ignite a conflict greater than World War III. History itself could potentially be erased. One way of accessing Sator is through his wife, Kat (Widows’ Elizabeth Debicki). She is imprisoned by him because of a conflict involving their child and a fake artwork. This confusing spiderweb sees the Protagonist travel across the globe to find time bending technology and other weapons essential to Sator’s evil plot.

A Nolan film is never straightforward, but Tenet’s expressiveness is particularly inept. Nolan takes no time to establish the Protagonist before the bullets fly. He renders a potentially exciting opening nonsensical and impersonal because there is no attachment. Our fondness for the Protagonist is rarely encouraged because he has no backstory and possesses few traits besides being Nolan’s first leading person of colour. Crucial information is squandered by weak sound mixing. For example, characters wearing helmets are muffled and near inaudible. Similar horror stories have emerged online about muted dialogue because of poor sound. One commentator suggested Nolan has an unrecognised hearing problem due to this reoccurring issue in his work.

Regardless, it is true that Hollywood benefits when filmmakers like Nolan ambitiously probe unique and challenging thematic ideas. Weighty concepts, such as parallel universes, can be exciting when juxtaposed with clever action scenes. Yet one must determine how seamlessly these concepts are integrated into a film’s thematic and technical composition. The Los Angeles Times interviewed theoretical physicist Claudia De Rham about Tenet’s scientific exploration. She argued that the film was ‘trying to be clever without really being clever’ and that ‘the plot didn’t quite make sense’. She also suggested that the film employed scientific jargon without a deep evaluation, which typifies Nolan’s ‘smoke and mirrors’ approach to his muddled storytelling. 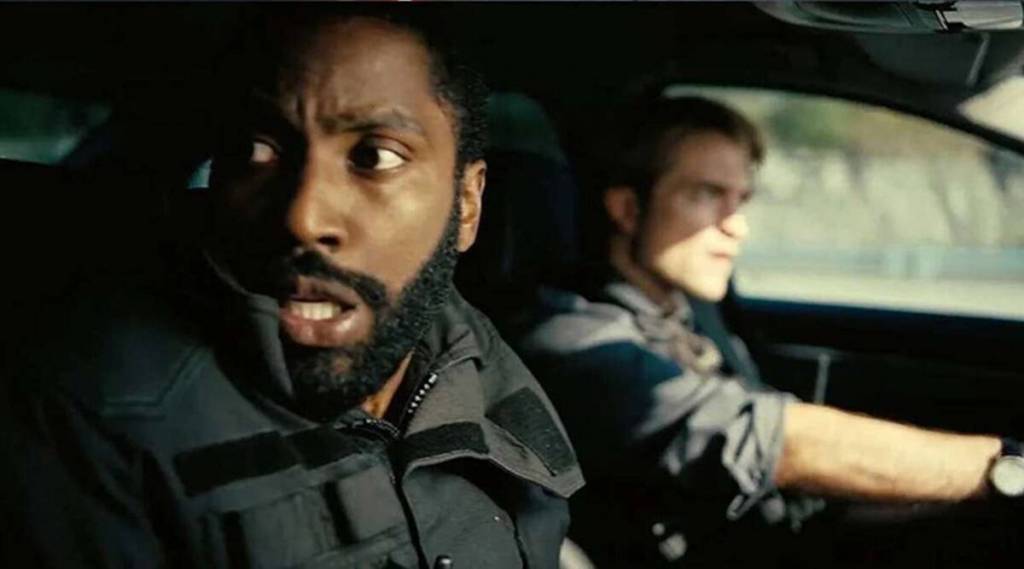 Courtesy of Nolan’s lousy screenplay, Tenet’s authenticity is undermined by lacklustre world building and dry conversations. There is an early exchange between the Protagonist and a scientist (Clémence Poésy), complete with a white lab coat no less, where she explains magic bullets. The scene typifies Nolan’s overreliance on exposition. The same issue was apparent in Inception (2010) and Interstellar (2014). The dialogue here is laughably didactic, especially when the Protagonist asks, ‘but what about cause and effect?’ Many dull scenes that follow also involve the characters explaining the plot. Not that it helps. Aside from the opening, the omission of action in the first hour also deters from Nolan’s strength, which is exciting set pieces rather than boring slabs of exposition.

The Dark Knight (2008) favoured action set pieces over deep plotting. Yet the rigid structure played to Nolan’s strengths. He choreographed incredible set pieces while writer David S. Goyer filtered black humour into the dialogue. The humourless tone of Nolan’s recent work makes this a distant memory. That’s not to say that Tenet doesn’t elicit a chuckle. An unintentionally hysterical line involves Sator threatening to cut the Protagonist’s throat open and then using his balls to block his windpipe. To be fair, Nolan addressed his shortcomings as a writer with Dunkirk (2017). He minimised his words and relied upon memorable cinematic imagery to tell an engaging story. It is not beyond him to tweak his filmic style when he stops trying to be overly subversive. 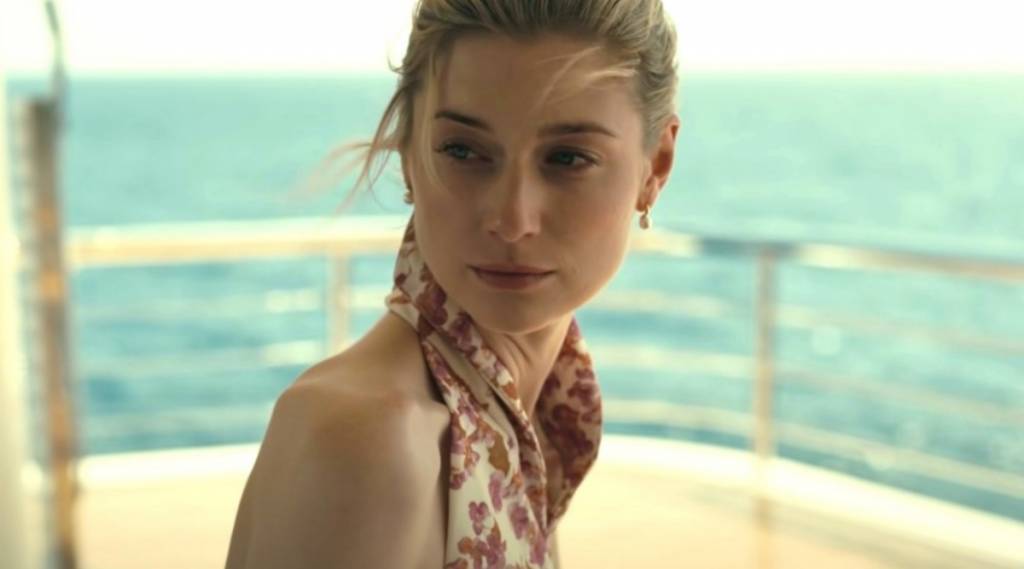 Without a refined screenplay, Nolan’s technical decisions make little impact. There are supposedly ‘clever’ moments where car chases and military battles unfold in reverse order. How these feats are possible is poorly explained and improbable even in Tenet’s universe. The visual gimmicks are recycled from better films. A corridor fight scene where time and gravity are upended weakly imitates Inception’s zero-gravity sequence. The parallel timeline plot is lifted from Interstellar, which was ridiculous the first time. The opening attack echoes The Dark Knight Rises (2012). There is also an incredibly goofy shot where Sator’s car reverses on a freeway and he is seen holding Kat hostage through the window. He resembles a moustache twirling villain tying a girl to a railroad track. One positive is the final battle’s scale. The depth of the images is impressively captured by cinematographer Hoyte van Hoytema. Since it is hard to contextualise these events, its mostly tensionless. It also hurts that Tenet’s overlength and messy structure dilutes an exciting rhythmic pattern.

Outside the action scenes, Tenet does not ask enough of its quality cast. John David Washington’s acting style cannot be faulted. The Protagonist simply lacks personality and interesting traits to be compelling. It is particularly difficult to care about his friendship with Neil because of their confusing scenarios and the absence of backstories. Elizabeth Debicki fares better. Her eyes display how aggrieved she feels under the weight of an abusive partner. There is danger to her scenes, courtesy of the aggression Kenneth Branagh brings to his otherwise painfully one-dimensional role. His subplot lacks nuance. It essentially revisits Inception’s tortured marriage but without the warmth and tragedy countering the action. Is it too heavy-handed for a mainstream film to have a man threatening his imprisoned wife with a belt? A female screenwriter would help Nolan fill a void in his filmography, which is crafting a complex female who is not dead, a victim, or a ninja. Instead, we are treated to a thankless Aaron Taylor-Johnson cameo, the highlight of which is his voice sounding like helium. 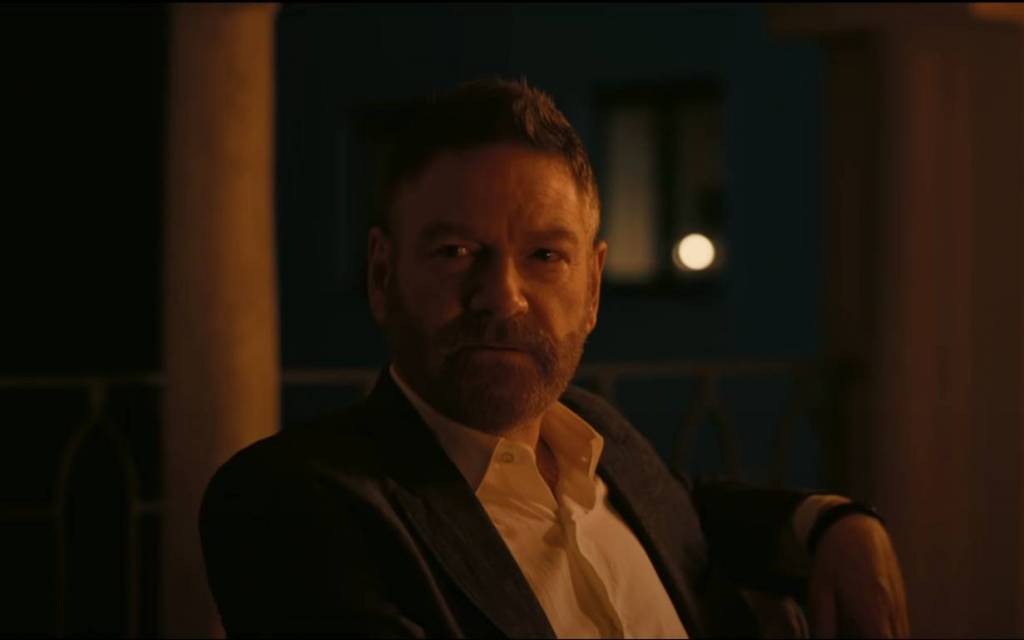 The ingenuity of Nolan’s best work is when he employs memorable imagery to express daunting ideas in an accessible manner. Unfortunately, Tenet is disappointing and on par with the equally flawed Interstellar. It is clumsy, poorly written, and its baffling concepts lack coherence. Rather than featuring recognisable people in a deftly constructed world, the characters are ciphers for pseudo-scientific gibberish. The actors begin resembling stunt dummies rather than rising to their most layered work. Consequently, a new co-writer would free Nolan from the burden of dialogue and allow him to focus on crafting visceral set pieces. A smaller budget would further increase his efficiency and stop him from pretending he holds all the cards.

Summary: An incomprehensible and pretentious misfire from the usually reliable Christopher Nolan.