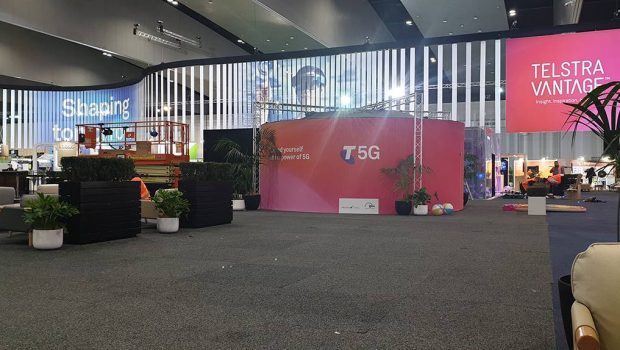 Visitors to the Telstra Vantage showcase experienced immersive real-time streaming with 5G Voice and Video Calling when stepping into a shared VR cylinder designed by immersive VR and audio-visual specialists Igloo Vision, where they were transported to a beach on the Gold Coast while sharing the experience via carrier-based video calling (IR.94).

The OB on the Gold Coast

Using an outside broadcast truck from scalable OB and fly away specialists Blue Garage TV situated on the Gold Coast, Summit Tech designed a capture and encoding system which can be setup in any location with 5G coverage and began transmitting to viewers equipped with the Summit Tech RCS VR Odience application, a platform for 5G based live event streaming. Viewers could access the live stream on 4G, 5G or Wi-Fi and interact with their contacts through Rich Communication Services (RCS) and social media. 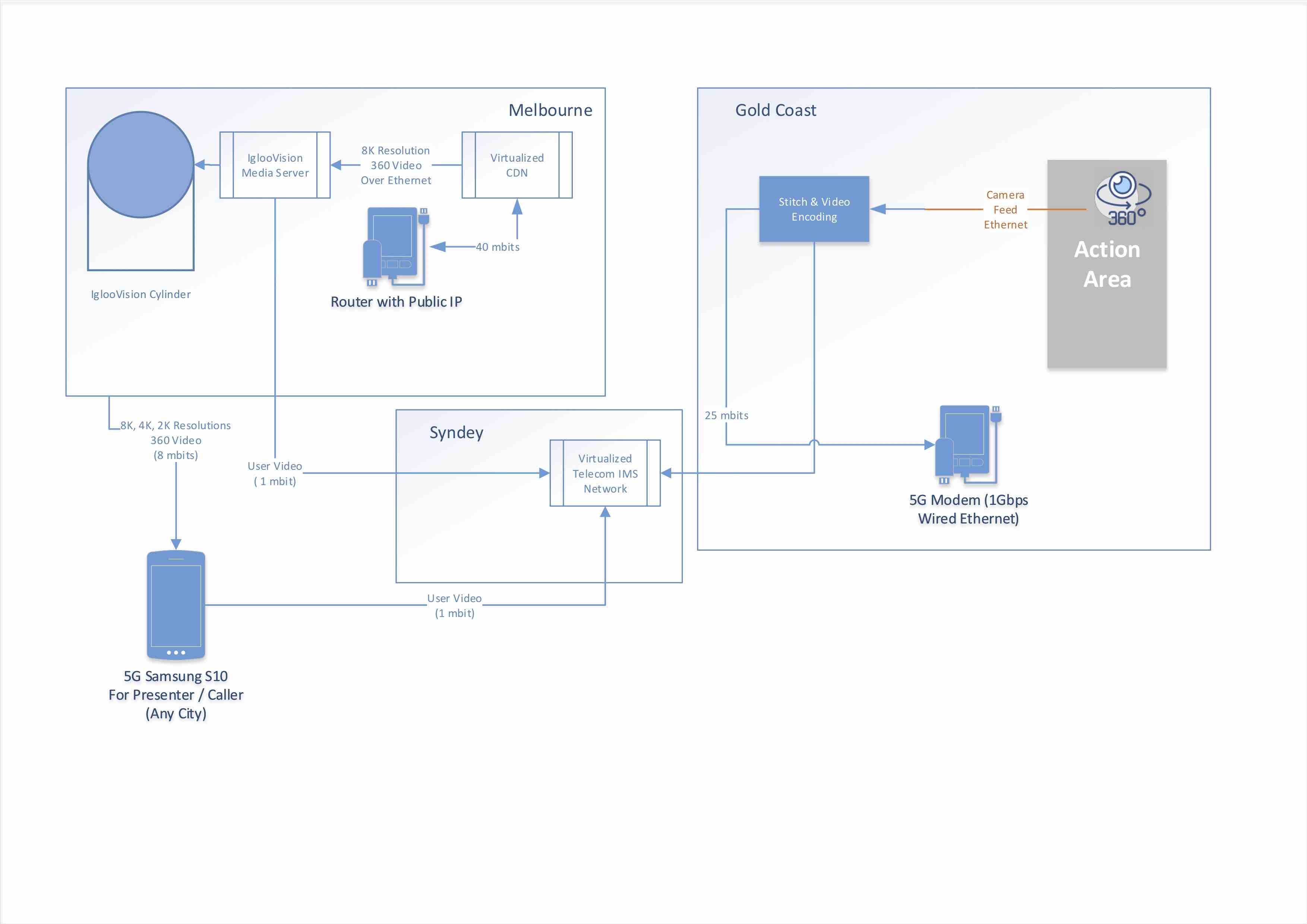 In addition to the witnessing the live, 8K VR streaming over Telstra’s 5G network visitors to the cylinder at the Telstra Vantage showcase also saw a plethora of other exciting IMS and RCS live demonstrations through live streaming 8K VR.

System diagram for the live, 8K VR streaming over Telstra’s 5G network developed and demonstrated by Magna Systems and Summit Tech at the Telstra Vantage showcase 2019