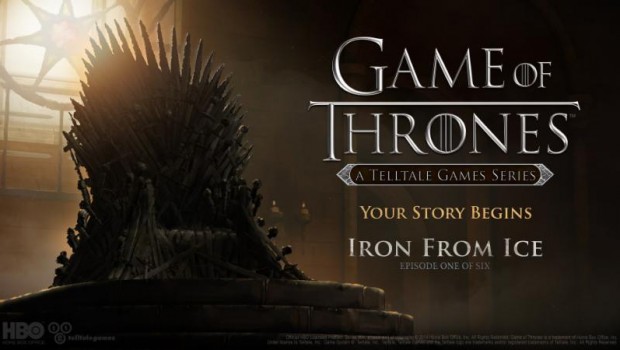 “HBO’s Game of Thrones series is absolutely among the best television dramas of our time,” said Dan Connors, CEO and co-founder of Telltale Games. “Game of Thrones: A Telltale Games Series will expand upon a world already epic in scope and detail, giving fans of the franchise an opportunity to forge their own path as they interact with characters they know from the TV show, and new ones from House Forrester and beyond.”

“We’re always looking for new ways to keep our fans engaged with and immersed in the world of Game of Thrones,” said Josh Goodstadt, Vice President of Global Licensing for HBO. “This game is going to open up the story like never before. We’re very excited for fans to finally have the chance to play it.”

House Forrester is a noble house from the Wolfswood in the north of Westeros. Bannermen to House Glover, they have always offered unswerving loyalty to the ruling great house of the North – the Starks. The Forresters are seated at Ironrath, an imposing stronghold surrounded by towering ironwood trees. Built over fifteen hundred years ago by Cedric Forrester and his triplet sons, Ironrath is a testament to the strength and endurance of ironwood. The Forrester house words are ‘Iron from Ice’, which echoes their belief that – like the ironwood itself – the adverse conditions and unforgiving landscape of the North only makes them stronger.

The game will be played from five different points of view. Each is either a direct Forrester family member, or a person in service to the House. Scattered across Westeros and Essos, each will play their part in seeking to save House Forrester from destruction.

Game of Thrones: A Telltale Games Series – Episode 1: ‘Iron from Ice’ is rated ‘M’ (Mature) for Intense Violence, Blood and Gore, and Strong Language by the ESRB. Future content in the series is yet to be rated by the ESRB.