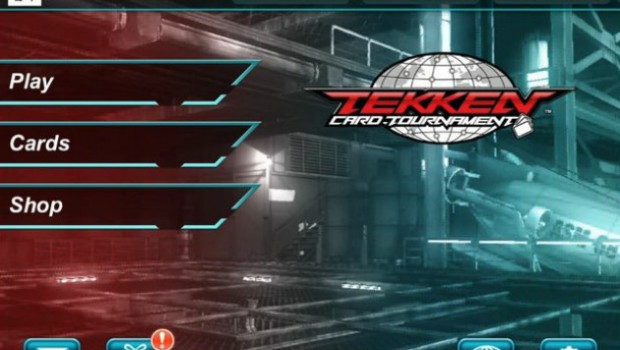 SYDNEY, AUSTRALIA, 20th March 2014 – This April will see the biggest update yet to NAMCO BANDAI Games’ bar-raising free-to-play online card battler TEKKEN CARD TOURNAMENT. As the game shoots past 6 million downloads on mobile platforms – not to mention the players taking part via browser instant play – the publisher isn’t resting on its laurels. Instead it’s working on a major overhaul with stacks of new content and features for the cross-platform card fighter as a big TEKKEN-sized “thank you” to all the fans old and new who’ve shown their mettle on the battle stage.

TEKKEN CARD TOURNAMENT 2.0 will see the introduction to the game of legendary TEKKEN stalwart Hwoarang, bringing his punishing Taekwondo moves to the game with a swathe of spectacular character effects to match. The updated game will also feature character enhancements including items, plus a new character viewer and item shop. New team features will include descriptions, team buffs, shop and stats, while tournaments will receive a boost in the form of special tournaments with specific entry criteria.

Download TEKKEN CARD TOURNAMENT for free from the following stores:

The game is also available for instant free play in web browsers at http://www.card-tournament.com/tekken.

Check out the most recent trailer for TEKKEN CARD TOURNAMENT featuring the Game Cards: http://www.youtube.com/watch?v=TlWzUj9PGoc

The official TEKKEN CARD TOURNAMENT encyclopedia, loaded with details on each character’s moves and tips on how best to use cards in battle, is available here: http://www.tekken-card-tournament.com/fr/physical/encyclopedia