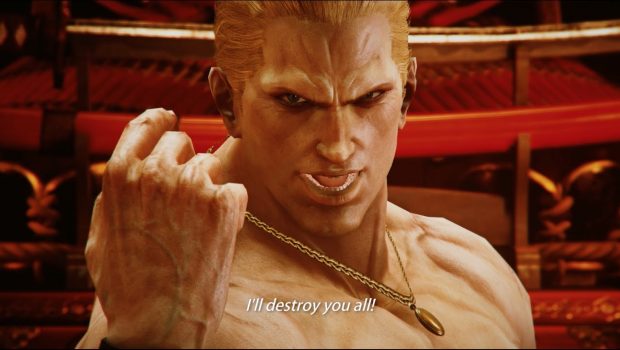 Leading interactive entertainment media publisher and developer BANDAI NAMCO Entertainment America Inc. in conjunction with partners at Twitch, Red Bull, and TBS are bringing TEKKEN™ 7 tournament events around the country and delivering the game’s hard-hitting action into living rooms throughout the nation. Through a variety of live events, TEKKEN 7 fans and serious fighting game players will be able to participate in a multitude of tournaments or simply revel and cheer for their favorite players – at the highest levels of competitive play – on TV and online.

2017 marked the official return of TEKKEN 7 to a global stage with BANDAI NAMCO Entertainment Inc.’s TEKKEN World Tour. The tournament series held regional tournaments throughout North America, Latin America, Europe, and Asia in search of the best players in each respective region. The competition and heated-action culminated in an explosive finale at the TEKKEN World Tour Finals, held in San Francisco, California, where a diverse collection of highly-skilled competitors from around the globe fought to take home a large cash purse and most importantly… world-wide bragging rights.

In 2018, TEKKEN 7 will soar to greater esports heights as BANDAI NAMCO Entertainment America Inc. continues to support the passionate TEKKEN fighting game community through exciting partnerships with the biggest esports content provider brands such as ELEAGUE and Red Bull. BANDAI NAMCO Entertainment Inc., in partnership with Twitch, also returns with the TEKKEN World Tour for 2018 featuring bigger regional tournaments and a new global leader board system which will surely heat-up the competition around the world. These partnerships and tournaments are part of a long-term strategic plan within BANDAI NAMCO Entertainment Inc. to drive esports growth through developing and publishing competition-ready game content and continued grass-roots support of the growing esports community.

“TEKKEN 7 has emerged to become one of the premier fighting games driving the esports growth we are experiencing in the video games industry,” said Eric Hartness, Vice President of Marketing at BANDAI NAMCO Entertainment America Inc. “As esports continues to grow in popularity, relevance, and reach around the globe, BANDAI NAMCO Entertainment will continue to develop more blockbuster titles like TEKKEN 7 to provide exciting content for esports fans everywhere.”

Coming off last year’s stellar tour and earth-shaking finale, for 2018, BANDAI NAMCO Entertainment Inc. continues its partnership with Twitch to raise the bar for this year’s TEKKEN World Tour. The tournament series will take-on a truly global format which will pit players from the Americas, Asia, and Europe against each other through a world-wide leader board system with competitors accruing Ranking Points (based on their results) on a global basis. For more information about the TEKKEN World Tour Ranking Points system, please visit: http://tekkenworldtour.com/

The TEKKEN World Tour event for Australia takes place at Battle Arena Melbourne 10, on May 18th to May 20th, 2018. BAM10 is held at the Melbourne Convention and Exhibition Centre, bays 1-2 (Opposite Crown Casino) 1 Convention Centre Pl, South Wharf, Victoria. More information and Registration via www.couchwarriors.og/bam10. You can join the Facebook event here and follow CouchWarriors on Facebook and Twitter for regular #BAM10 updates.

TEKKEN 7 is available now in the Americas for the PlayStation®4, Xbox One, and PCs via STEAM®. For more information about TEKKEN 7 or other titles from BANDAI NAMCO Entertainment America Inc. please visit: https://www.bandainamcoent.com, or follow us on Facebook at https://www.facebook.com/BandaiNamcoUS, or join the conversation on Twitter at: https://www.twitter.com/BandaiNamcoUS.