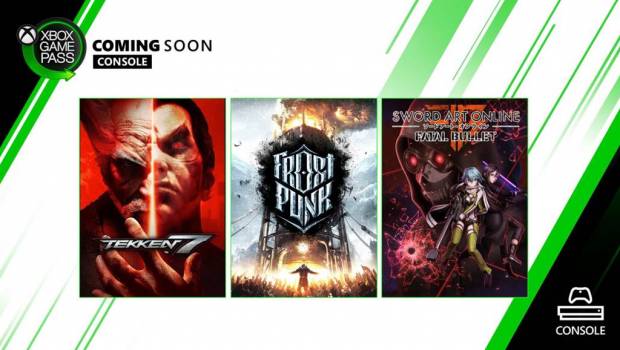 Happy New Year! Time for those resolutions. I promise for 2020, I will not get sucked into an MMO and lose my body in the real world. I will build the last city on Earth. I will probably not get caught up on my pile of games, but I will at least prioritize what games I want to play next. I will try to play more with my friends so we can all geek out about these games together (and remind them that if they haven’t tried Xbox Game Pass Ultimate yet, they can get their first month for $1 and snag the best deal to play these game!

Let’s get to the games!

Frostpunk: Console Edition (ID@Xbox)
A society survival game where heat means life and every decision comes at a price. As the leader of the last civilized society on Earth, you’re tasked with building a city for your survivors to live in, discover new technologies, explore frozen wastelands and most importantly, manage and rule society to prepare it for life in an unforgiving world. Choices in this world aren’t as easy as they seem and holding power over people has a cost as heavy as the responsibility you feel in caring for them.

Sword Art Online: Fatal Bullet
Dive into an original story where you are the protagonist in the virtual reality world of Gun Gale Online where you’ll encounter enemies and familiar faces from the “Sword Art Online” anime series. Develop your avatar as you see fit, master a wide array of weapons and skills, and learn to survive in your own personal warzone. You can also experience co-op and PvP using the weapons you find with your customized character.

The storied fighting franchise returns for another round in Tekken 7. With the faithful 3D battle system and gameplay intact, Tekken 7 takes the franchise to the next level with photo-realistic graphics and new and innovative features and fighting mechanics with the attitude, competitiveness, and showmanship rooted in its arcade DNA to provide the ultimate fighting game experience on Xbox.

Sometimes we sneak one in there, and the game we added earlier this month (it’s only January 7?!) is one you don’t want to miss.

Grand Theft Auto V
When a young street hustler, a retired bank robber and a terrifying psychopath find themselves entangled with some of the most frightening and deranged elements of the criminal underworld, the U.S. government and the entertainment industry, they must pull off a series of dangerous heists to survive in a ruthless city in which they can trust nobody, least of all each other.

The best part about Xbox Game Pass Quests is that you were going to play the games anyway, so why not get some extra points for it? Quests from January 7 through February 2 include:

We’re always sad to see games go. Now is your last chance to play these titles before they leave later this month. Remember: You can use your membership discount to save up 20% off before they’re gone!

On top of our whole library of games you want to play, we’ve got a mobile app that lets you remotely install to your console or your PC from anywhere, plus memes on Twitter and Instagram, so I think we’ve got your 2020 all set.