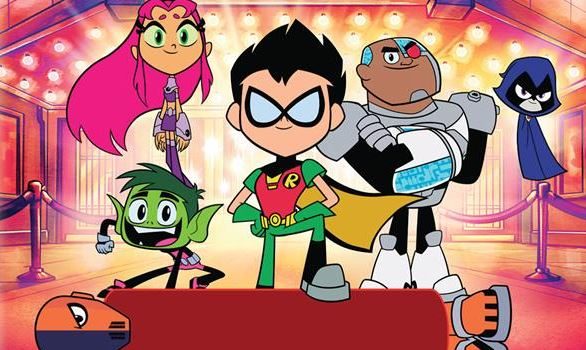 Summary: Teen Titans Go! To the Movies is the funniest film of the year. It is an absolute blast from beginning to end, and has a sense of humour that's even more savage to superhero films than the Deadpool movies.

Consider the Marvel Universe and the DC Extended Universe. If one were to think about the incredibly savage conflicts involved in superhero fandom, the battle between these two franchises isn’t a bad place to start.

Ever since the Marvel Universe became king, the DC Universe has tried to one-up them at every single opportunity, albeit with mixed results. Only one DC film so far has been critically acclaimed while the rest are either polarising or just cinematic kryptonite.

Sometimes during a conflict, humour can be mined. This was evident in a major way when the jabs between the two universes came to fruition once Tim Miller’s Deadpool (2016) was released. Ripping the Marvel Universe and DC Universe to shreds, as well as subverting action tropes and conventional storytelling, it took Hollywood by storm.

This creative deconstruction leads us to Teen Titans GO! To the Movies, which has the same metafictional approach towards its superhero peers as Deadpool. The television show upon which the film is based is struggling to be a success in the eyes of TV critics and fans of the original cartoon show due to its meta form and its rambunctious attitude. However, the Titans finally have a major opportunity to prove themselves with their own feature film. Will they succeed?

The story revolves around the efforts of the group, who are disappointed over not having starred in a superhero movie of their own. They attempt to rectify the situation by convincing a famed Hollywood director (Kristen Bell) to develop one for them. Complicating their plans is the dastardly villain Slade (Will Arnett) and his scheme to conquer the world. 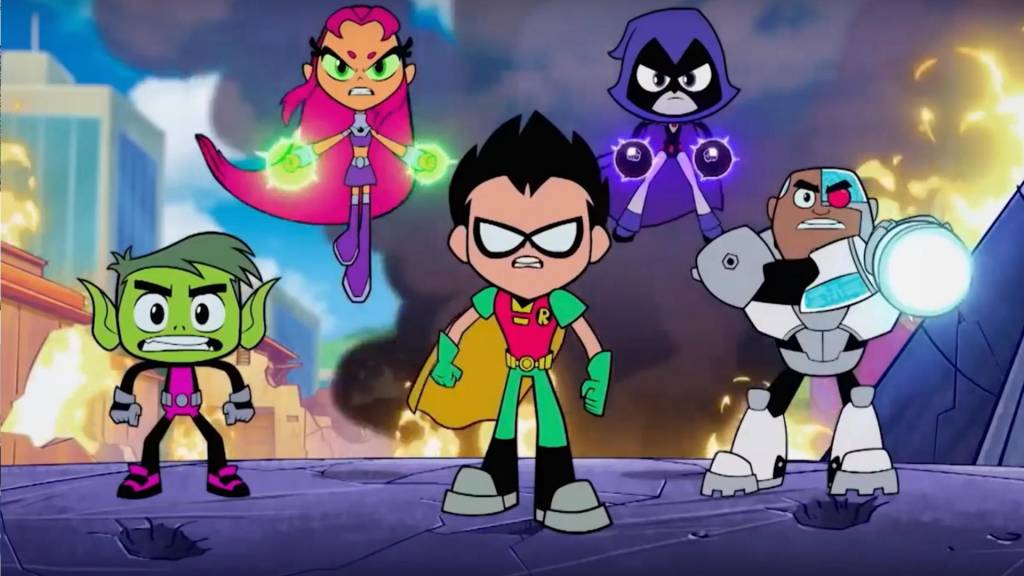 For a family film to succeed, the film is supposed to provide satisfying entertainment for the entire family and not just for the children. Thankfully, Teen Titans GO! To the Movies does exactly that, even with the inclusion of fans. You know what? I’m going to go straight to the point here and say that Teen Titans Go! To the Movies is the funniest film of the year. It is an absolute blast from beginning to end, and has a sense of humour that’s even more savage to superhero films than the Deadpool movies.

One of the major reasons the film succeeds is because no subject escapes a good skewering. Superhero films? You betcha. Superhero origins? Of course. The Hollywood industry? Why not! Family films in general? Throw them in there too! The Teen Titans GO! show itself? Bring it on! But even with plentiful targets on display, the film never feels like it collapses under its own weight and that’s due to the incredibly fast pace and the delivery of the jokes.

Blink-or-you’ll-miss-it jokes are plentiful, such as seeing movie posters like Aquamanatee or Detective Chimp: The Movie. Pop culture references and parodies are executed brilliantly, including an inspired sequence involving The Lion King and another moment referencing Back to the Future. 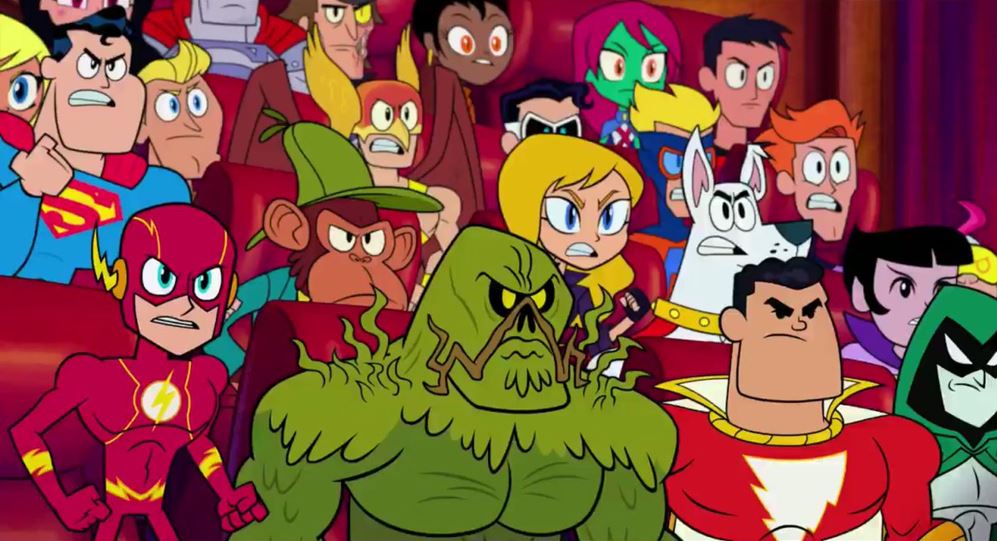 The film tropes and conventions are subverted just right with catchy musical numbers like a song where the characters commit many shenanigans called…Shenanigans. Or an upbeat inspirational song about life called…An Upbeat Inspirational Song About Life, sung by a talking tiger voiced by Michael Bolton of all people!

The Marvel Universe and the DC Universe are lampooned to maximum effect. For example, Slade is ridiculed by the Titans for looking exactly like Deadpool, despite the fact that Deadpool is an actual rip-off of Slade. Similarly, the ‘Martha’ scene from Batman v Superman: Dawn of Justice (2016) is parodied to amusing effect when their fathers are brought into the picture.

Even throwaway lines and offbeat casting are factored into the humour like mentioning Gene Hackman‘s real estate scheme or how Nicolas Cage was cast as Superman (he almost played the superhero in a film that was to be directed by Tim Burton), and how Cage’s son, Kal-El Cage, was cast as Young Bruce Wayne. It is jokes, gags and Easter eggs like this that give the film a lot of replay value. 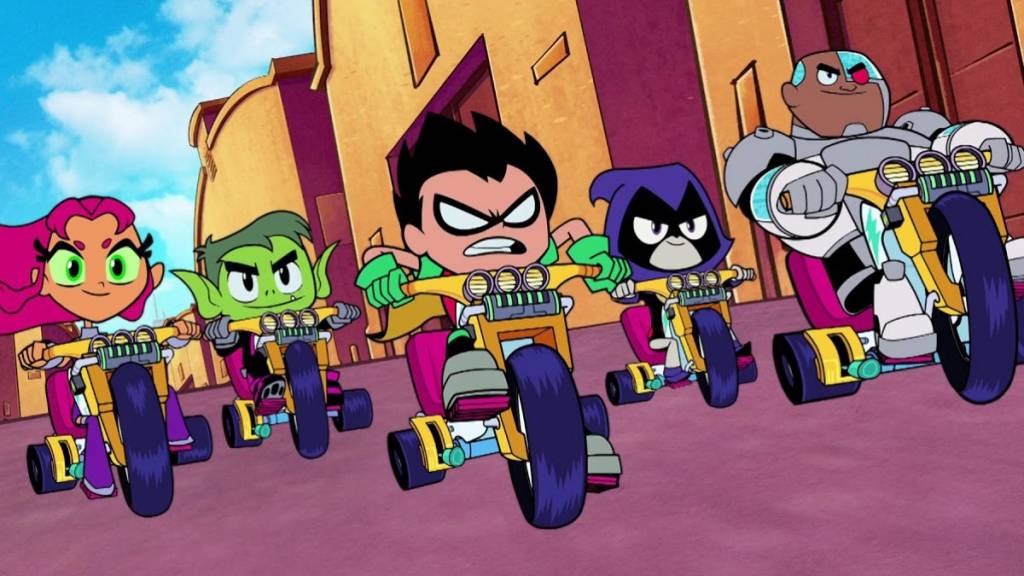 There’s adult-related jokes that will fly over the children’s heads but will startle the parents and fans into absolute hysterics. One joke involves a hit-and-run, while another presents the use of kryptonite against Superman in such a suggestive manner that I personally was in absolute shock. Other jokes involve time-travel, and the way the characters change the origins of various superheroes provides loads of laughs, mainly due to how dark and abrupt the jokes are delivered.

What makes the dark and adult jokes feel earned and non-provocative is the level of childlike innocence and sincerity that these characters have when they are portrayed on screen. The obliviousness, the enthusiasm and the lack of cynicism is what gives the humour the punch it needs.

The voice cast delivers on all fronts, including the original voice cast from the TV show, those who clearly have experience working in animation like Will Arnett (BoJack Horseman, The LEGO Movie, The LEGO Batman Movie), Kristen Bell (Disney’s Frozen), and some off-kilter casting including Nicolas Cage, Halsey, Lil Yachty and even Stan Lee himself! 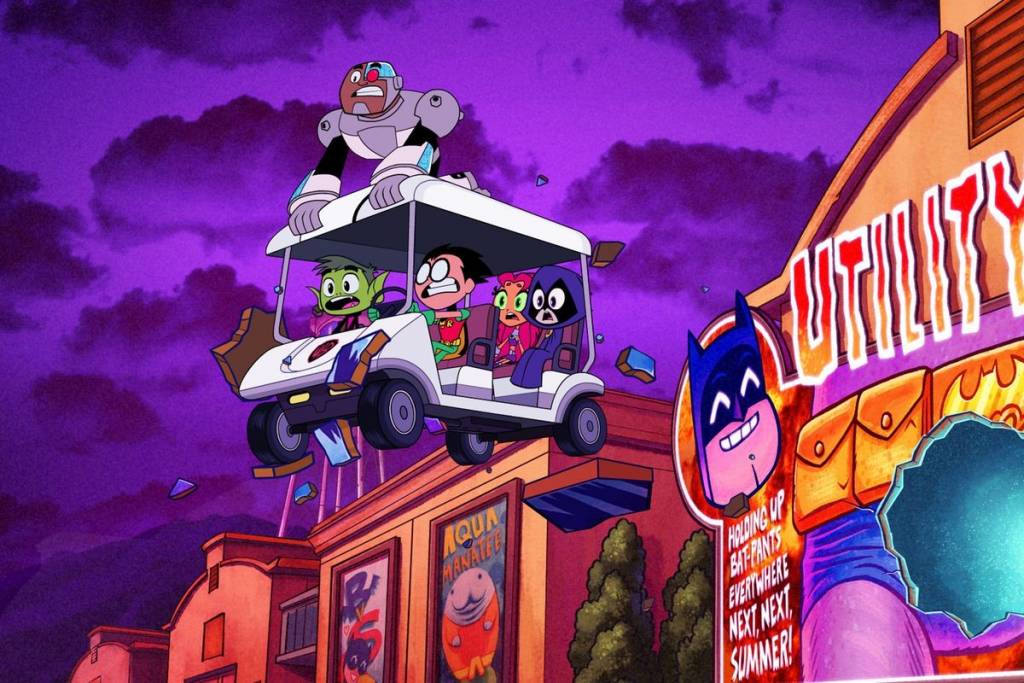 As for flaws, and there are very little, there are some moments in the film that would have benefitted from further development in the story and been mined for more humour, such as how female directors are directing superhero films. There will also be some jokes that will irk parents due to their suggestiveness. One visual joke that involves Superman as a baby will definitely deter some viewers.

Teen Titans Go! To The Movies exceeded this reviewer’s expectations. It is an absolute ball of a time with high-spirited animation, lovable characters, infectiously catchy musical numbers and a wonderful sense of humour that is adorably innocent for its demographic and beyond.

The film is savagely meta towards itself and its superhero peers, ingeniously referential towards pop culture references, and is hilariously inappropriate, thanks to the gags that will fly over the heads of children but will soar with adults. 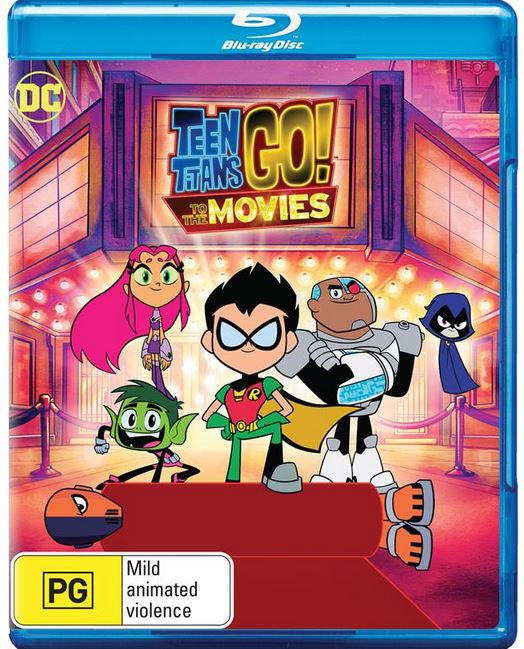