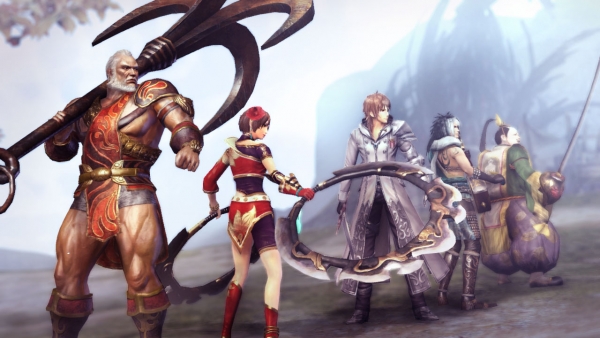 TECMO KOEI Europe today announced that WARRIORS OROCHI 3 Ultimate will launch on 4 September 2014 in retail on PlayStation®4 and Xbox One and on PlayStation®3 and PS®Vita via PlayStation®Network. The company also announced special crossover pre-order incentives with a Halloween costume set for Zhao Yun from DYNASTY WARRIORS, Mitsunari Ishidafrom SAMURAI WARRIORS, along with Kaguya and TOUKIDEN costumes for Kaguya, Nuwa and Taigong Wang.

Fans will experience WARRIORS OROCHI 3 in a brand new light as they enter the fray with the implementation of new generation console features, new storylines and scenarios. There is enough new gameplay content and depth of replayability to satisfy warriors of all levels including special cross over characters such as Sophitia from the SOULCALIBUR series and battle stages from ATELIER, DYNASTY WARRIORS, NINJA GAIDEN Sigma 2 and SAMURAI WARRIORS.