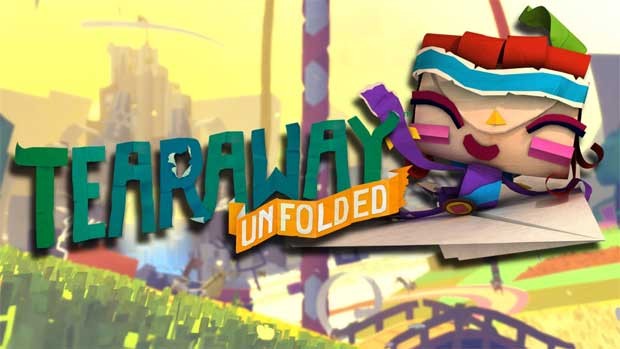 Summary: Tearaway Unfolded on PS4 really blurs the boundaries of our world and the virtual world with some modern platforming mechanics

One of the most anticipated arcade games of 2015 is finally here which is Tearaway Unfolded that also caused some stir (in a good way) at the BAFTA’s . Although the title was originally released on the PS Vita which is still one of the world’s best portable consoles, the PlayStation 4 version offers gamers an equally satisfying experience, especially with its graphics, tweaked gameplay to match the console and its addictive nature. This is not to say that the PS Vita version was bad but rather, it’s a more immersive experience on a next-gen console, especially on a big screen. 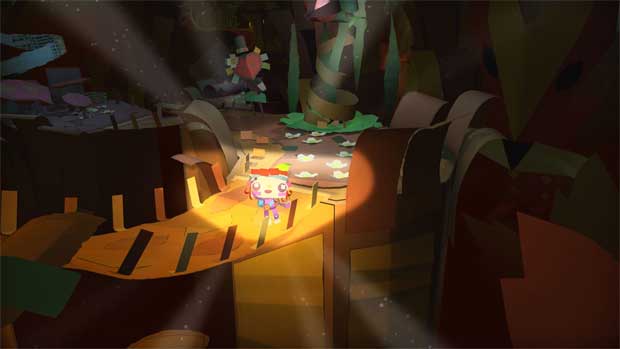 The story of Tearaway Unfolded revolves around Iota and Atoi, two people made out of paper who must help save the world in modern platforming action. Tearaway also merges this virtual world with our two protagonists which builds this interesting paradox that is almost like Little Big Planet meets our world.

Another difference with the PlayStation 4 version are the control mechanics which make the most out of the touch pad and the LED which interacts well with the gaming world to light things up. It’s just fun, especially as you navigate, solve puzzles and encounter enemies in this beautiful world made out of paper. One new feature on the PS4 is the inclusion of a paper plane which allows you to reach areas that are not accessible in the traditional methods. The paper plane areas were a true treat to play! 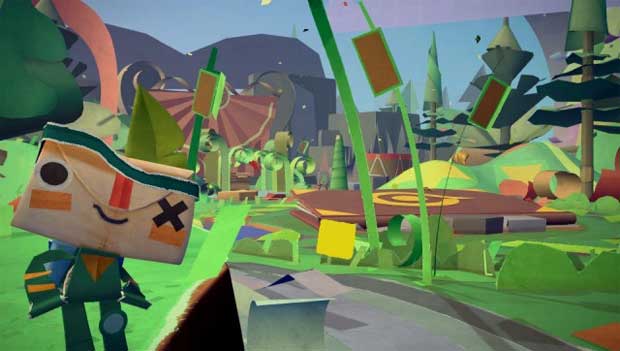 As briefly mentioned, the player is actually part of the game which is quite a unique feature of Tearaway Unfolded as you help both Iota and Atoi to close the tear between our worlds and theirs which gives you some ownership of the game that in turn creates a great partnership with these virtual characters. Moving these messengers is done by interacting with the environment such as pushing the touch pad to hit drums which in turn allows you to bounce things off them. 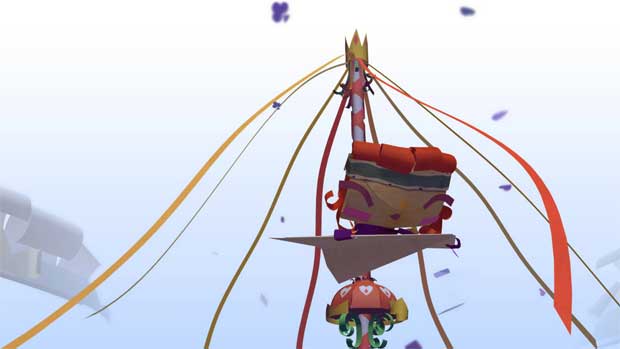 The LED on the DualShock controller is also used to light up areas for these two messengers to see which once again blur the boundaries of the real world meets the virtual world. The touchpad is even used to help control the wind, depending which direction you swipe on the controller. Finally you can even share items between the messengers and the controller which is kind of cool as you help these little creatures win the battle. 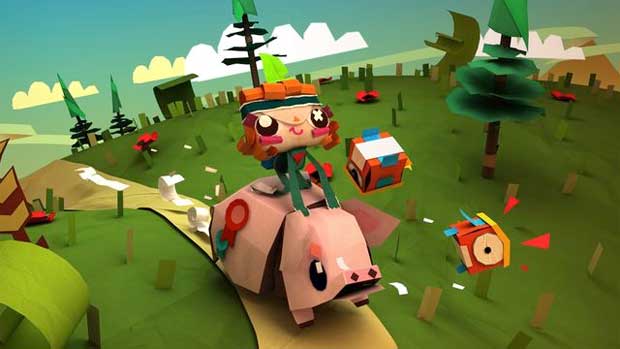 With some amazing stylised graphics, Tearaway Unfolded is a game that can be played by everyone and anyone that boasts a clever and interactive environment which draws the player into this fully interactive world. It’s accompanied by an excellent musical score with some great sound effects to boot. So even if you have played the original game on the PS Vita, the experience on the PlayStation 4 is very different but is just as engaging in this very unique and entertaining arcade experience of 2015. 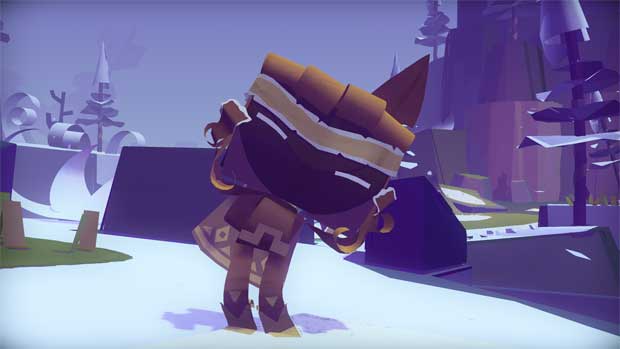 Unleash the power of the wind – Swipe the DUALSHOCK 4’s touch page to send gestures of wind howling into the world, blowing obstacles out of the way, unfolding rippling bridges, or sending enemies tumbling off cliffs.

Throw things out of the TV and into your living room – Catch objects your messenger throws to you as they fly out of the TV screen into your controller, before hurling them back into out of reach places to towards enemies with godlike force.

Light the way for your papery pal – Shine the DUALSHOCK 4’s light bar into the world to lighten up the dark and gloomy places, and help guide your companion along their way. You’ll find the light also has some quite surprising effects too! 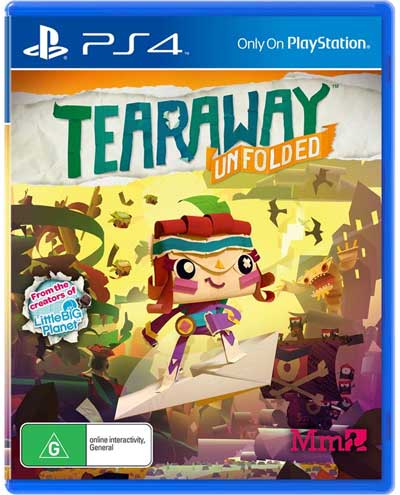