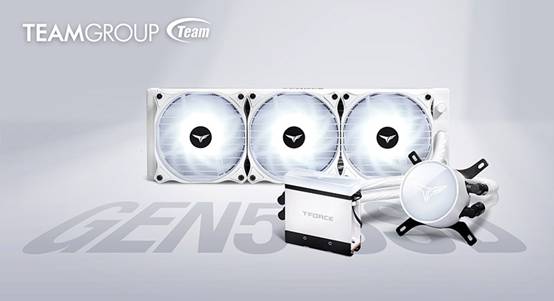 In recent years, consumer storage products have seen rapid developments. This year, the industry will officially be entering the first year of Gen5 SSDs. In response to risen temperatures caused by the high transfer speeds of PCIe Gen 5 SSDs, T-FORCE, the gaming sub-brand of TEAMGROUP, has launched the world’s first all-in-one ARGB liquid cooling system to reduce heat generated by both the CPU and SSD, allowing PCIe Gen5 SSDs to maintain optimal temperatures and stable, high-speed operations for sustained periods. With the new cooling solution, consumers can fully experience the efficient storage performance of next-generation SSDs without any compromises.

Beginning in the 2000s, as the consumer market demanded higher read and write speeds for storage devices, solid-state drives (SSDs) began to replace mechanical hard drives (HDDs) in large numbers. SATA SSDs eventually became the go-to choice for storage upgrades. With the demand for high-speed storage driven by big data and the spread of transmission technology, PCIe became the standard interface for high-speed transmission. In the past few years, read speeds of PCIe SSDs have increased from 3,500MB/s in Gen3 to 7,000MB/s in Gen4. PCIe Gen5 SSDs now have over 12,000MB/s read and write speeds. The large leaps in transfer speeds of each successive generation of SSDs have led to increased power wattage, which in turn have resulted in higher operating temperatures. When SSDs experience rising operating temperatures at high transfer speeds, an automatic throttling mechanism is activated to protect components from damage caused by the high temperatures. With power consumption of approximately 12W on a PCIe Gen4 SSD running at 7,000MB/s, the controller temperature can reach over 110℃. When PCIe Gen5 SSDs have speeds of over 12,000MB/s and consume 14W or above, one can expect controller temperatures to rise sharply. Therefore, TEAMGROUP is committed to providing the best thermal solutions for stable, high-speed operation of SSDs over sustained periods.

In order to offer consumers the most suitable cooling solutions, TEAMGROUP has developed a variety of cooling products for different environments and utilized various cooling materials over the years. In the process, it has obtained many patents for its innovations, such as its graphene copper foil heat spreader and aluminum fin heat sink. In anticipation of next-gen PCIe Gen5 SSDs arriving this year, TEAMGROUP has launched the industry’s first all-in-one ARGB liquid cooling system, solving the issue of heat generated by the CPU and SSD. To provide the best cooling products for consumers worldwide, TEAMGROUP strives to reach the next peak of performance in SSD storage solutions. 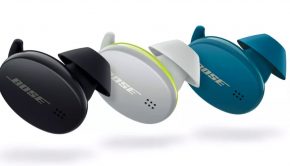