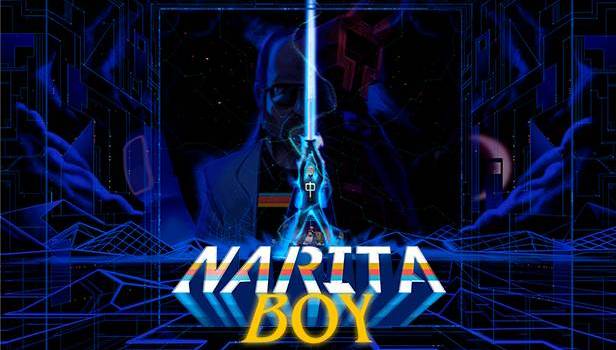 Team17 Rewinds to the 1980s With Mystical Techno-Adventure Narita Boy

Team17 and Studio Koba have revealed the international games label is joining forces to publish the Spanish studio’s debut title, Narita Boy. The side-scrolling mystical techno-tale, which will release this spring on Steam, Nintendo Switch™, PlayStation 4, and Xbox One – including on release day with Xbox Game Pass for PC and Console – is a heart-felt love story to the 1980s, featuring a narrative-driven adventure that takes players to a game inside a game, battling powerful bosses and overcoming puzzles in order to uncover the secrets of the Digital Kingdom and – ultimately – its creator.

Narita Boy puts players in the shoes of the eponymous digital warrior chosen to wield the Techno-Sword, a legendary weapon capable of defeating fearsome foes in melee or from afar as it instantly transforms into a shotgun or devastating laser beam. By using this new weapon and with the help of the Motherboard, the spiritual leader of the Digital Kingdom, players will face corrupted enemies and hulking bosses to save the electronic synthwave world from the invading Stallions, a group of rogue code bent on forced rule and subjugation. During the journey, players will also explore the memories of the creator that reveals his story, from his early years in Japan, to his creation of – and connection with – the Digital Kingdom.

Narita Boy came to the attention of Team17’s indie games label following Studio Koba’s successful Kickstarter campaign that saw over 5,000 people back the game, leading to it smash stretch goals.

Today also sees the launch of the Saving The Arcade World, a campaign powered by Narita Boy and created to raise awareness of the plight facing arcade games and arcade amusements. Team17 is partnering with The Strong: National Museum of Play in Rochester, New York, The National Videogame Museum in the UK, and Arcade Vintage: Museo del Videojuego in Spain, to ensure this distinct and important part of video games history is protected and preserved. Further information on #SavingTheArcadeWorld is available from www.team17.com.