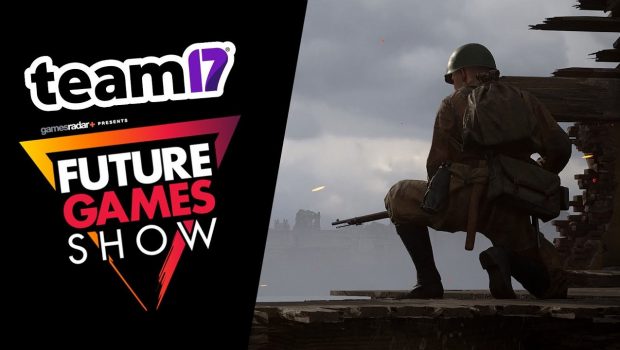 Team17 has presented a full showcase of upcoming games launching in the second half of this year, as part of Future Publishing’s summer Future Games Show. Nine games featured in the line-up, including upcoming point & click dystopian adventure, Sunday Gold, which was also revealed earlier in the show, and Team17’s first developed VR horror game, Killer Frequency.

In Sunday Gold players enter a near-future London and follow a rag-tag trio of criminals who seek to expose the secrets of an evil mega corporation and the mysterious billionaire who runs it. A classic adventure-style game with turn-based RPG combat, players will be immersed in a gritty and graphic world with a storyline full of corruption, criminality, and cybernetic enhancements. Sunday Gold will be coming soon to PC later this year.

Team17 makes its first development VR debut with Killer Frequency, a uniquely immersive story set in 1987 where players take on the role of a late-night radio host trying to save the inhabitants of a backwater town in the American Midwest from a deranged killer. The game, which will also launch as a flat-screen title on Steam, plays on classic 80s slasher tropes and popular culture references, and features a bespoke soundtrack inspired by the biggest genres of the decade.

Autopsy Simulator combines a gripping story tied up with realistic autopsy procedures. Perform morbidly accurate autopsy simulations while following the bizarre story of a veteran pathologist haunted by both paranormal activities and his own past. Featuring gruesome graphics and procedures vetted and written by a certified and experienced pathologist, Autopsy Simulator will be coming to PC in November 2022.

Launching 9th August 2022 on PC, PlayStation®5 & Xbox Series X|S, Thymesia is an action-packed Souls-like. As the mysterious masked protagonist Corvus, battle through the plague-ridden and blood-soaked streets of Hermes against the unforgiving enemies that now inhabit the once-thriving city. Utilise mysterious plague powered weapons reaved from fallen foes and use them to execute devastating attacks while overcoming impossible odds to uncover the truth.

Coming 31st October to Steam Early Access from RocketBrush Studio is the dark fantasy action RPG, The Unliving. An unholy alliance of roguelite and real-time strategy gameplay, The Unliving sees a powerful Necromancer raise fallen foes and compel them to join the undead hordes and burn cities to ash with devastating magic spells across the procedurally generated world.

In Batora: Lost Haven, players will take on the role of Avril and unravel an interplanetary journey as the only person who can save Earth from impending oblivion. Go on an adventure across colourful and mesmerizing planets in this story-driven action RPG where your conscience will carry the weight of your decisions and change the destiny of the universe. Coming Autumn 2022 on PC, Xbox Series X|S, Xbox One, Nintendo Switch™, PlayStation 4 and PlayStation 5.

The Knight Witch is a metroidvania adventure game with fast-paced, shoot ’em up combat set in a beautifully hand-drawn world. Cast devastating card-based spells, forge close bonds, and make moral choices all in your quest to save your home and discover who’s behind the War Golem invasion. The once peaceful metropolis of Dungeonidas has been besieged by a mysterious threat and their unrelenting army of war golems, and it’s up to Rayne, as she uses her powers to fight back. Coming Autumn 2022 on PC, Xbox Series X|S, Xbox One, Nintendo Switch, PlayStation 4 and PlayStation 5.

The recently announced co-operative action roguelite Ship of Fools will be coming to Nintendo Switch, PlayStation 5, and Xbox Series X|S – as well as PC – in the second half of year. Playing the crew of ship gunners as they fight off dreadful sea creatures on a treacherous adventure through the deep, dark waters of the Archipelago, Ship of Fools is a frantic adventure to stop the Aquapocalypse.

In addition to the Future Games Show showreel, Team17 has announced a couple of titles that feature new demos at Steam Next Fest 2022. First is Sweet Transit, home to a world where the railway is king, and trains are the sole means of transportation and expansion. Work to create intricate production lines to grow humble villages into thriving metropolises. Become a pioneer in the interconnected world of the railway. Sweet Transit will be coming to PC via Steam Early Access 28th July 2022.

Also featured at Steam Next Fest with a new demo is the upcoming Trepang 2, an immersive and brutal single-player, first-person shooter that follows an enhanced soldier broken out from a heavily-guarded blacksite on a mission of revenge… and hunted by an even greater threat. With their memories gone but with combat abilities enhanced far beyond human limits, it’s time to fight back, find the truth and save the world. Trepang2 is coming soon to PC. Check out the brand-new trailer below and try the demo when it launches on 13th June.